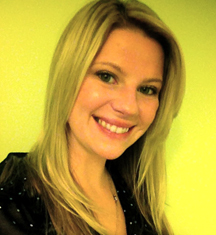 Margaret is the Assistant Academic Program Manager for Interactive Communication at Post University. Previous to this, she was an Associate Faculty member, teaching both on campus and online for Interactive Communication. Margaret has been an adjunct professor for the Media Studies Department at Southern Connecticut State University since 2005. At Southern, she teaches a range of undergraduate core and elective courses.

Margaret’s favorite part of teaching at the University level is interacting with students and learning about how their specific background molds their perspective on media and culture. She believes that no one lives outside of culture and realizes it is sometimes difficult to assess our own role within it, especially when it is over-saturated with media and technology. Margaret’s goal is to give her students a different lens to see the world through because when we learn to deconstruct the media messages that surround us, we can become a more aware media consumer.

Margaret was involved in advising and mentoring coaches for the New Canaan Youth Cheerleading program from 2008-2013.

FCIAC Cheerleading Coach of the Year 2011

Margaret has been involved in competitive cheerleading for over 20 years. She competed on both all-girl and co-ed cheerleading teams throughout middle school, high school and college. In 2001, her team, the Southern Connecticut State University Owls, won second place at the UCA National College Cheerleading Championships in Orlando, Florida. Margaret has worked in various competitive gymnastics, dance and cheerleading programs for close to ten years. She was the head coach for the New Canaan Varsity Cheerleading team from 2006-2013 and was named FCIAC (Fairfield County Interscholastic Athletic Conference) Cheerleading Coach of the Year in 2011.

She lives in Hamden with her husband and one four year old daughter. She enjoys all sports, staying active and teaching her daughter gymnastics and cheerleading.