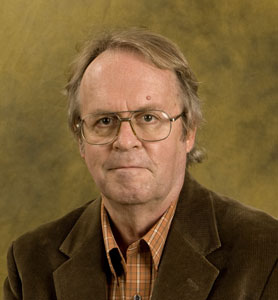 Ph.D. – University of Connecticut, 1989
M.A. – University of Dayton, 1970
B.A. – Franciscan University of Steubenville, 1968
Ph.D. Thesis: Yankees and the City, published by Garland Press in 1989 and may be found in the Library of Congress, Post University’s Traurig Library, and regional academic libraries. In brief, the work addresses how small-town, Yankee Connecticut culture responded to the influx of non-Yankee immigrants into the state during the late 19th and early 20th centuries. This was also a time period during which Connecticut’s economy was undergoing fundamental change.

Through four decades of classroom teaching, Dr. Baney have observed frequent shifts in what educators presume to be effective instructional methods. These notions, he believes, run the gamut from what should be taught to how best to do so. He labels a particular trend as the “democratization” of the educational process. This emphasizes discussion and interaction on the part of instructors and parts, even in introductory-level courses. Here everyone’s opinions are inherently equal, no answer if ever truly wrong, and the object is apparently not to acquire information and knowledge but to express oneself regardless of viable content. Dr. Baney’s own approach to education rejects much of this as a disservice to the student. It creates a false sense of ability that, however flattering at the time may become a surprising liability once the “real world” beyond the classroom presents itself. Unless a student can demonstrate competency, it may come as a shock to discover that no one may care what they think or feel in a personal way.

There is no substitute for actually knowing one’s subject matter. Furthermore, Dr. Baney believes that the place to acquire such knowledge is fundamentally in the introductory-level courses. Here students should be taught to be good listeners and observers, not free-lance commentators. Once the essentials of a subject are learned, class discussions and the exchange of ideas take on a much more valuable context. The place for such interaction lies in the upper-division level or advanced courses of a given subject field. If well grounded in the subject, students can then participate with confidence and appreciate the worth of ideas as expressed by others. Real learning, rather than the pretense of it, can then take place.

Professor Baney has been married for 40 years (since 1969) to wife, Suzanne Van Fossan Baney. He has two daughters Robin and Kirstin, and two grandchildren Alan and Brandon. His hobbies include historical simulation gaming and popular music.

Use of historical simulations in the academic classroom setting.