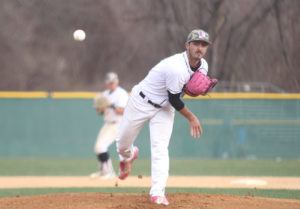 Baseball
The Post baseball team finished third in the Central Atlantic Collegiate Conference (CACC) this season with an overall record of 20-23-1 and 14-8 in conference play. The Eagles hosted a first-round CACC Tournament game against sixth-seeded Dominican but fell 7-0 to the eventual conference champions. Juniors Nick Arnold and Don Walsh were both named Second Team All-CACC. Arnold led the Eagles’ pitching staff with a 6-4 record and 1.97 ERA, the third-lowest in a single season in team history. He was first in the CACC with six complete games and four shutouts. Walsh made his third straight All-CACC team, leading Post with a .301 batting average, nine home runs, and .654 slugging percentage. His nine homers tied his own single-season record set last year. This season Joey Picone (113), Don Walsh (110), and Alex Wright (107) all recorded the 100th hits of their career. 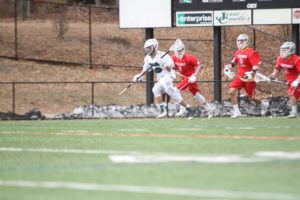 Men’s Lacrosse
Post men’s lacrosse finished up its final season as an independent with a record of 5-8. Next season the CACC will sponsor a six-team men’s lacrosse league. Trevor Buchas led Post with 25 goals and became the first and only player in team history to record 100 career points. Paul Hylan finished the season with 20 assists, the second-most in a single season. Alsharif Blackman picked up 68 ground balls and became the Eagles’ all-time leader in the category, finishing his career with 174. Defensively, goalkeeper Shane Trost was fourth in the NCAA with 14.5 saves per game and finished with 190 saves. Ben Price was seventh nationally at 2.15 caused turnover per game, leading the team with 28 this year. 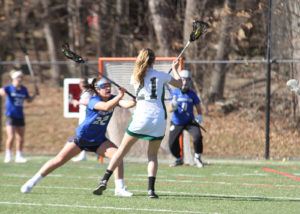 Women’s Lacrosse
Post women’s lacrosse (2-12, 2-7 CACC) wrapped up its season with a 15-8 victory over Felician. The two victories this year were the most for the Eagles since 2014. Post’s other win came at home on April 6 15-14 over Holy Family, marking the first time Post had ever defeated the Tigers. Junior Toni Deren led the Eagles in scoring for the second straight year with 31 goals and five assists. Leona Stevens turned in a great freshman season with 27 goals and three assists. Defensively, senior Tyra Jones had 28 ground balls and 12 caused turnovers on the year to lead the team. 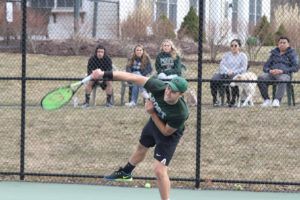 Men’s Tennis
Post men’s tennis (13-10, 4-1 CACC) had its most successful season ever as the Eagles reached the second round of the NCAA Tournament in their first-ever appearance. Post, who had lost to Southern New Hampshire 9-0 earlier in the year, rallied when it mattered most and defeated the fourth-seeded Penmen 5-4 in the first round of the NCAA Tournament. It marked the first time since 2012 a team from Post had advanced past the first round of the NCAA Tournament in any sport. The season came to an end with a 5-1 loss to Queens in the East Regional Championship. Junior Nikola Crvelin and sophomore Ivan Rajevac were named First Team All-CACC, while junior Ludvig Henrikson earned a spot on the Second Team. Henrikson also received the league’s Top XV Award for boasting the highest GPA among student-athletes on the four tournament teams. He was also named CoSIDA First Team Academic All-District, becoming the first men’s tennis player in school history to do so. Henrikson is now on the Academic All-American ballot and teams will be announced on June 7 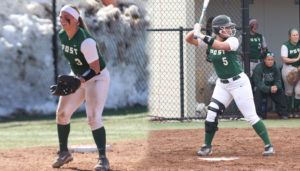 Softball
The Post softball team (19-27, 12-14 CACC) closed out its regular season winning four of its last six games to secure the eighth and final spot in the CACC Tournament, its fourth-consecutive appearance. The Eagles were defeated by eventual champion #1 Caldwell 9-1 to open the tournament but rallied back to eliminate defending champion #4 Wilmington 9-1 and advance to the second day. Post’s season came to an end in the second round with a back-and-forth 9-7 lost to #2 Holy Family. Freshman Leyri Riva established herself as the hardest batter to strikeout in the CACC as she fanned just three times in 117 at-bats, good for 12th in NCAA DII. Kayla Kresley was named First Team All-CACC for the third year in a row while Erica Ragazzone was named to the Second Team. Marissa Cammarano received the CACC Top XV Award for the top GPA at the conference tournament for the third consecutive year. Ragazzone also earned a spot on the CoSIDA Academic All-District First Team and will wait to hear if she was named an All-American as those honorees are announced on May 24. 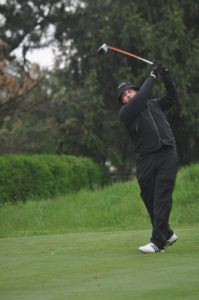 Golf
The Post men’s golf team wrapped up its season with a fourth-place finish at the CACC Championship, posting its best score in the event (624) since 2012. CACC Rookie of the Year Fredrik Rollve placed third overall with a 36-hole score of eight over par 150 (75-75). Michael Erickson, Kyle Hughes, and Matthiew Sicard all tied for 19th place with scores of 158. Overall the Eagles finished in the top five in five of their nine matches during the season. Amber Thompson-Newth and Sandra Soutolahti each posted a top-10 finish for the season for the women’s team. 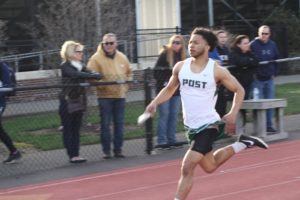 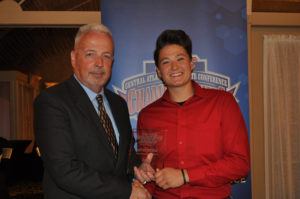