10 Great Reasons to Get Your College Degree 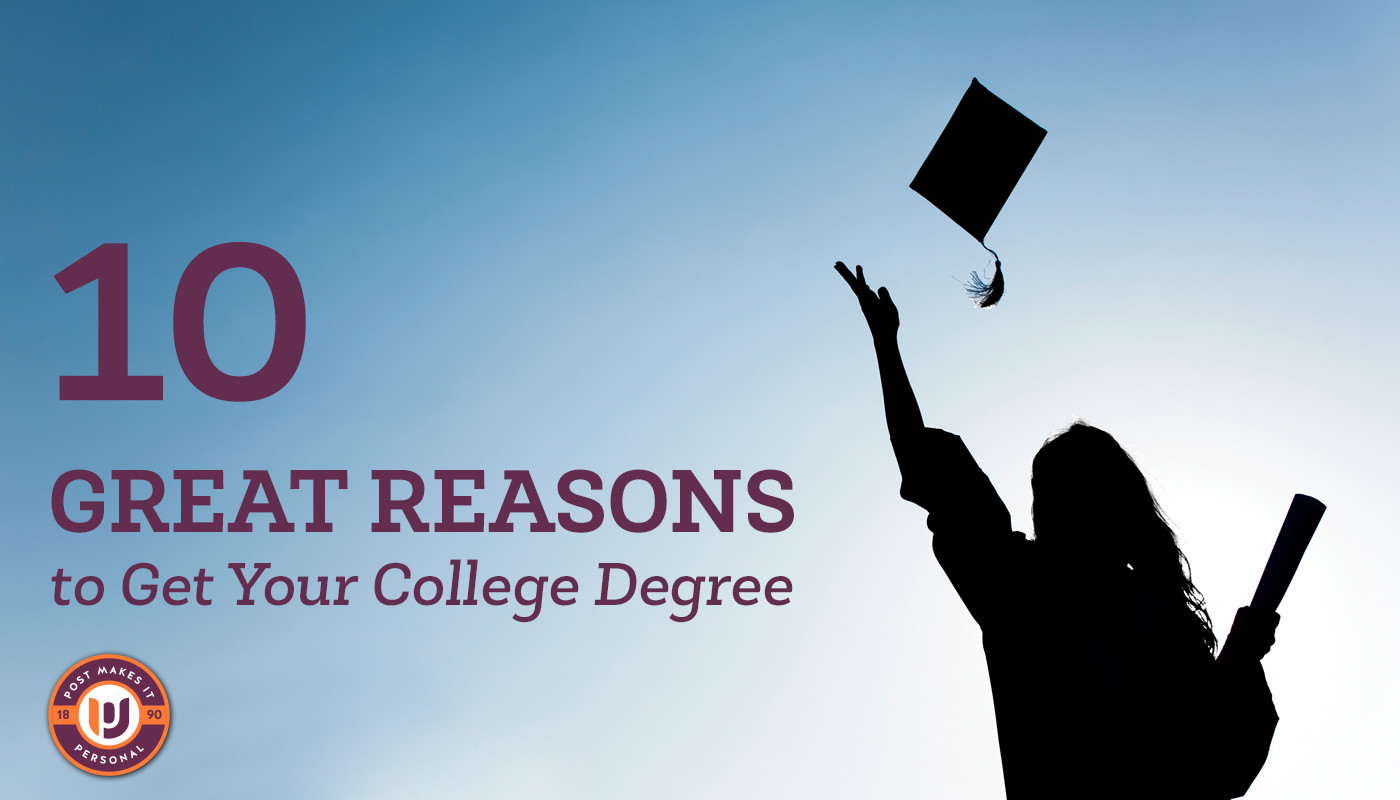 Maybe you’re a natural-born painter, the reincarnation of Mozart, or a mechanical wizard who can fix everything from a car engine to faulty electrical wiring. You’re confident your earning potential is high, and you’re committed to making a lifelong career out of your passion. You don’t really need a college degree — or do you?

While you might be one of the gifted people who carve their own path to success without a college degree, you should still consider this: By 2020, an estimated two-thirds of job openings will require postsecondary education or training. That’s according to the U. S. Department of Education.

With that in mind, here are 10 great reasons to earn your degree:

The writing skills you develop in college are invaluable to your future success, shows a survey cited by Entrepreneur. Sixty-seven percent of respondents who enjoyed successful careers within five years of graduation said they performed well on academic writing projects. Each essay, report, and term paper that you write teaches you to formulate ideas and articulate them clearly.

2) You sharpen communication and collaborative skills.

All the practice you receive in communicating your ideas in college equips you to be an effective and engaging communicator in the workplace. As you develop the verbal skills required for a successful career, you also learn how to work well with others. College is an increasingly collaborative environment, and the emphasis on teamwork and community is a great training ground, especially if you hope to be a managerial leader.

3) You increase your earning potential.

College education is a great investment in your financial future. The U. S. Department of Education reports:

The 2016 Zillow Group Report on Consumer Housing trends states that 75 percent of all homebuyers that year were college educated. Fourteen percent of homebuyers in 2016 attended some college but did not earn a degree, and 11 percent had only a high school diploma.

5) You’ll be an asset to your community.

College graduates benefit society by helping to improve the lives of others:

6) You’re more likely to marry (If that’s what you want).

Sixty-five percent of adults ages 25 and older with a four-year college degree or more were married in 2015, according to a Pew Research Center report.

7) Your kids are more likely to go to college.

In a 2014 article titled “Are College Degrees Inherited?” the Atlantic reports that 76 percent of poll respondents “who had two parents with degrees said they entered a two- or four-year college immediately after high school; that was almost double the 37 percent of those from no-degree families who did so.”

“An additional year of college decreases mortality rates by 15 to 19 percent by reducing deaths from cancer and heart disease,” according to a 2016 report that examined the causal effect of college education on mortality. “High school graduates have a mortality rate that is double those with some college or a college degree.”