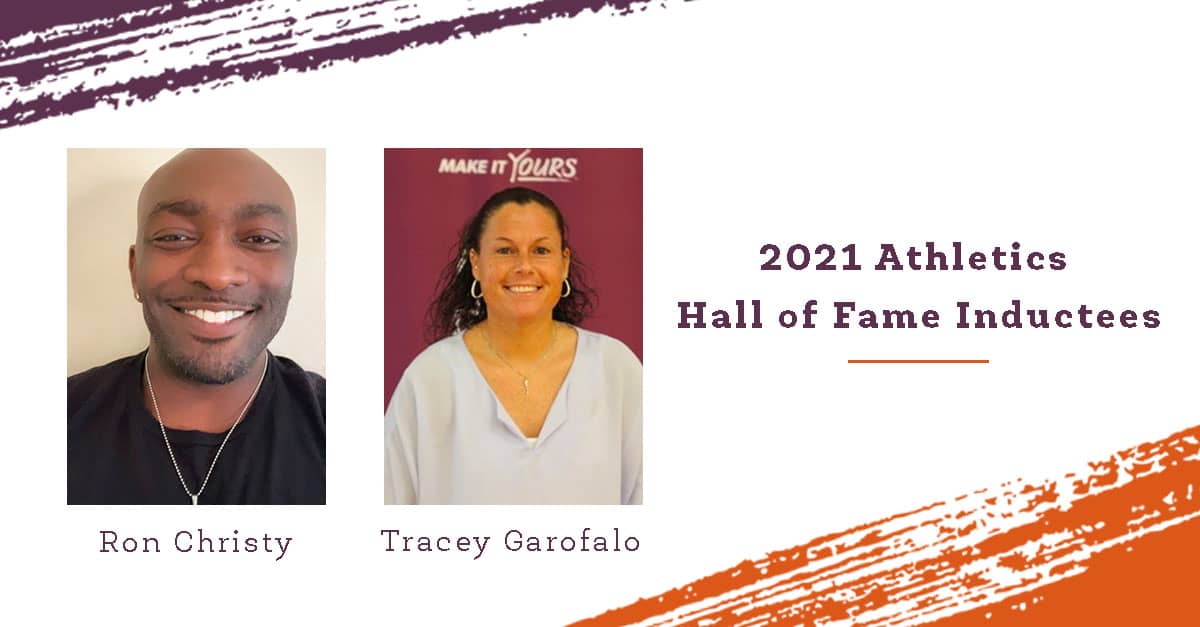 Christy was a star during his time on the men’s basketball team from 2001-2004. He is the school’s all-time leading scorer with 2,516 points, field goals made with 929. He is second in three-pointers made with 212. He holds three of the top four single season scoring records in school history, including 827 in his senior season. He also helped lead the Eagles to the 2003 CACC Championship.

On the basketball court, Garofalo’s 1,510 points are second most in program history as are her 267 three-pointers and 115 games played. Her 464 field goals made rank her second all time, and her 314 assists and 229 steals rank her third all-time in school history.