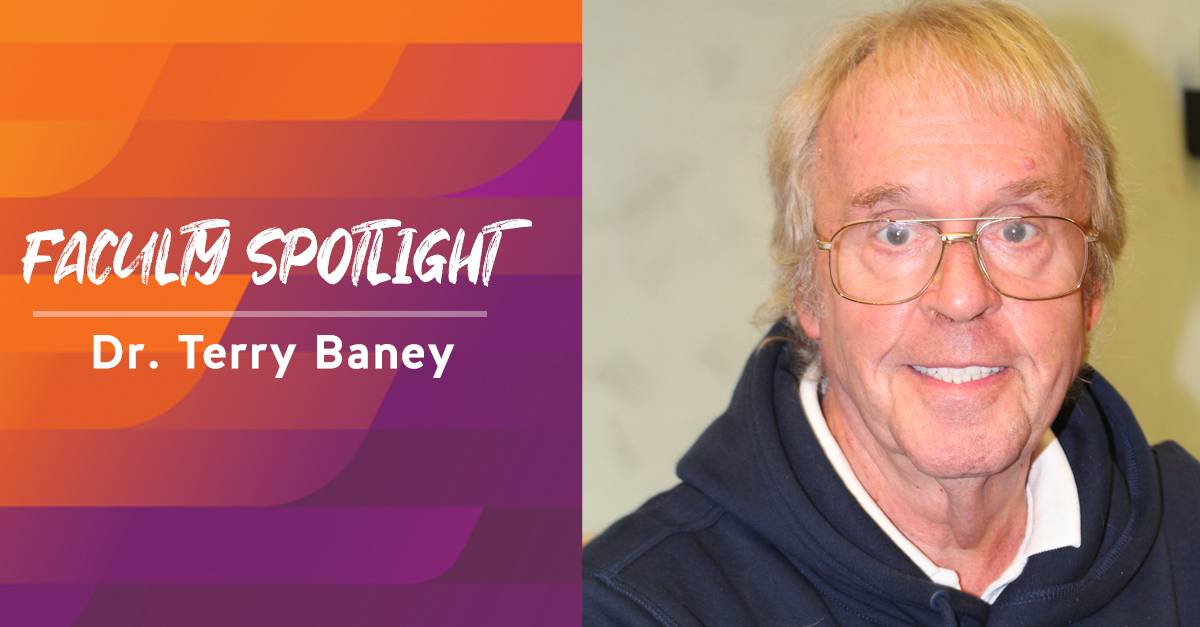 For some, 1971 is — quite literally — history, the Pentagon Papers were published by the New York Times, the voting age became 18, the Walt Disney Company opened a theme park in Florida and Dirty Harry was a popular movie.

For Professor of History Dr. Terry Baney, 1971 marks the year he began teaching at Post University. Back then, Post was only a two-year junior college when he arrived on Country Club Road after teaching at universities in Indiana and Ohio. This year marks 55 years as a college professor, with the past 52 years spent at Post.

He’s taught a variety of history courses ranging from international relations, comparative government, public opinion, American political thought, and World War II. He estimates that he has taught some 7,500 Post undergraduates and many others attending Post programs over the five decades.

“As time has gone on, I’ve had students who are children of my former students and perhaps even a few grandchildren,” Dr. Baney, said. “I frequently run into students, or are contacted by them, who remember me from their time at Post. The same is true with former Post staff and faculty employees. It’s a good feeling.”

Teaching at the college level has also been transformed over the years. Personal computers are ubiquitous, and students now use them to turn in their assignments. Learning is both more interactive and more self-directed. Baney’s approach to teaching is grounded in clarity and expectations.

“It’s not overly profound. Students typically have busy lives beyond the classroom. I try to help them with a simple plan on how they can succeed. At the outset of each course, I make it clear what I will do, what they need to do, and when and how things will happen. Everything is designed to work out fine in terms of their being successful, and it usually does,” explained Baney. While teaching, he too worked on his own academic progress, earning a PhD in 1989 from the University of Connecticut. His thesis ‘Yankees and the City,’ was published by Garland Press that same year.

Over Baney’s tenure, Post offered its first accelerated degree program in 1976 aimed at helping Vietnam veterans earn a college degree and return to working life. He has also seen the campus undergo a physical transformation with the acquisition of the building which is now the Drubner Center. This building provided then Post College, in 1986, with an athletic facility to support a growing NCAA Division II athletic program which later included the construction of the LaMoy Athletic Field in 2010.

Dr. Baney’s favorite place on campus will be no surprise to anyone. “It’s the classroom. I’ve always found the campus classrooms quite nice and conducive to teaching, especially when compared to what I had encountered elsewhere. The first class I ever taught at University of Dayton was in a hall with 207 students and me on a stage with a hand microphone. At Tri-State University, the classrooms were more like congregations with the desks laid out like church pews,” explained Baney. 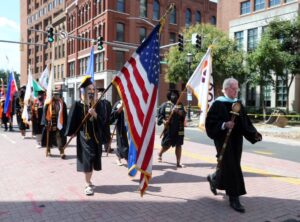 As the most senior faculty member within Post University, Dr. Baney also is the Grand Marshall at Commencement. He carries the mace and concludes the ceremony, being the first one to process in and out. For him, the pageantry is grand but the best part is sitting the on the stage “seeing how many students made it through their degrees, knowing it wasn’t always easy for them to accomplish what they did. I see the pride on their faces,” he said.