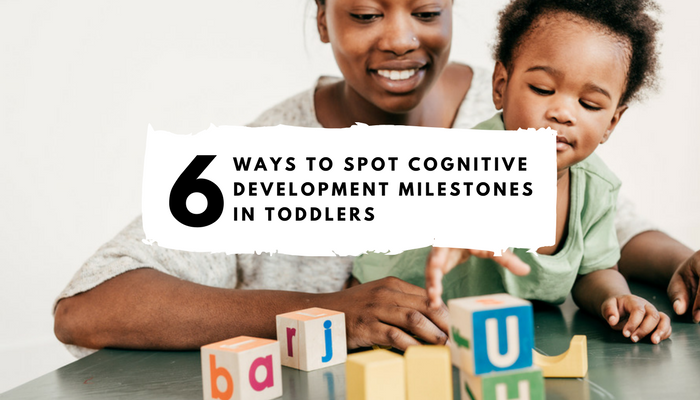 During the first year of life, it can be difficult to determine an infant’s progress in terms of cognitive development (which constitutes the way young children learn, think, and solve problems). By the time they reach the age of two or three, however, delays become far more obvious.

Early Childhood Education (ECE) can help children stay on track by giving them ample opportunities to explore and exercise newfound problem-solving skills. Not sure which milestones to expect in a toddler? Keep an eye out for these common cognitive development markers during the Terrible Twos:

An Emphasis on Order and Sequencing

Toddlers are, surprisingly, type A individuals. As they pick up on patterns, they begin to realize that order helps them make better sense of the world. Two-year-old children may observe common rules about eating a certain type of food first at dinner or completing morning routines in a particular order. If parents fail to provide the specific sequencing toddlers desire, they may attempt to enforce it on their own.

In addition to insisting on tasks being carried out in a certain order, toddlers may demonstrate their preference for patterns by sorting items based on shapes or colors. As they grow older, this sorting becomes more accurate and the selected categories grow more complex.

After turning two, toddlers become increasingly adept at determining when things are real and when they’re pretend. For example, most toddlers can determine that a parent dressed in a dog costume is not, in fact, a dog. Many begin to play simple pretend games at this stage. The scenarios they create are very simplistic and based on real life, but they’re pretend all the same.

Parents of toddlers commonly express frustration with being asked to read the same handful of books again and again. Toddlers, however, adore hearing certain passages recited and may begin to take a more active role, even reciting the ends of particular sentences or rhymes upon request. Additionally, two-year-olds can identify several pictures in books; for example, if they see a picture of a cat, they may meow at the book.

Beginning Stages of Right or Left-Handedness

Although toddlers rarely stick with one hand as older children are inclined to do, they may begin to demonstrate a slightly more dominant hand after reaching two years of age. For example, they may use one hand more often than the other when throwing a ball or eating.

Toddlers don’t always want to follow their parents’ instructions, but they’re more than capable of doing so, provided directions are clear and concise. For example, if told to pick up a favorite toy and place it in the toy box, two-year-olds can figure out what to do and in what sequence.

Not all children will reach the milestones included on this list by two or even three years of age. Many demonstrate quick progress in some areas, but linger in others. Failure to reach a given milestone is not necessarily reason for alarm, but continued monitoring is necessary to ensure the child’s ongoing progress and to detect cognitive problems as soon as possible. Early detection means early intervention, and treatments offered between ages two and three are often surprisingly effective.

Early childhood educators play a critical role in cognitive development. Not only do they help toddlers move towards important milestones, they can catch delays early, promoting more effective intervention.