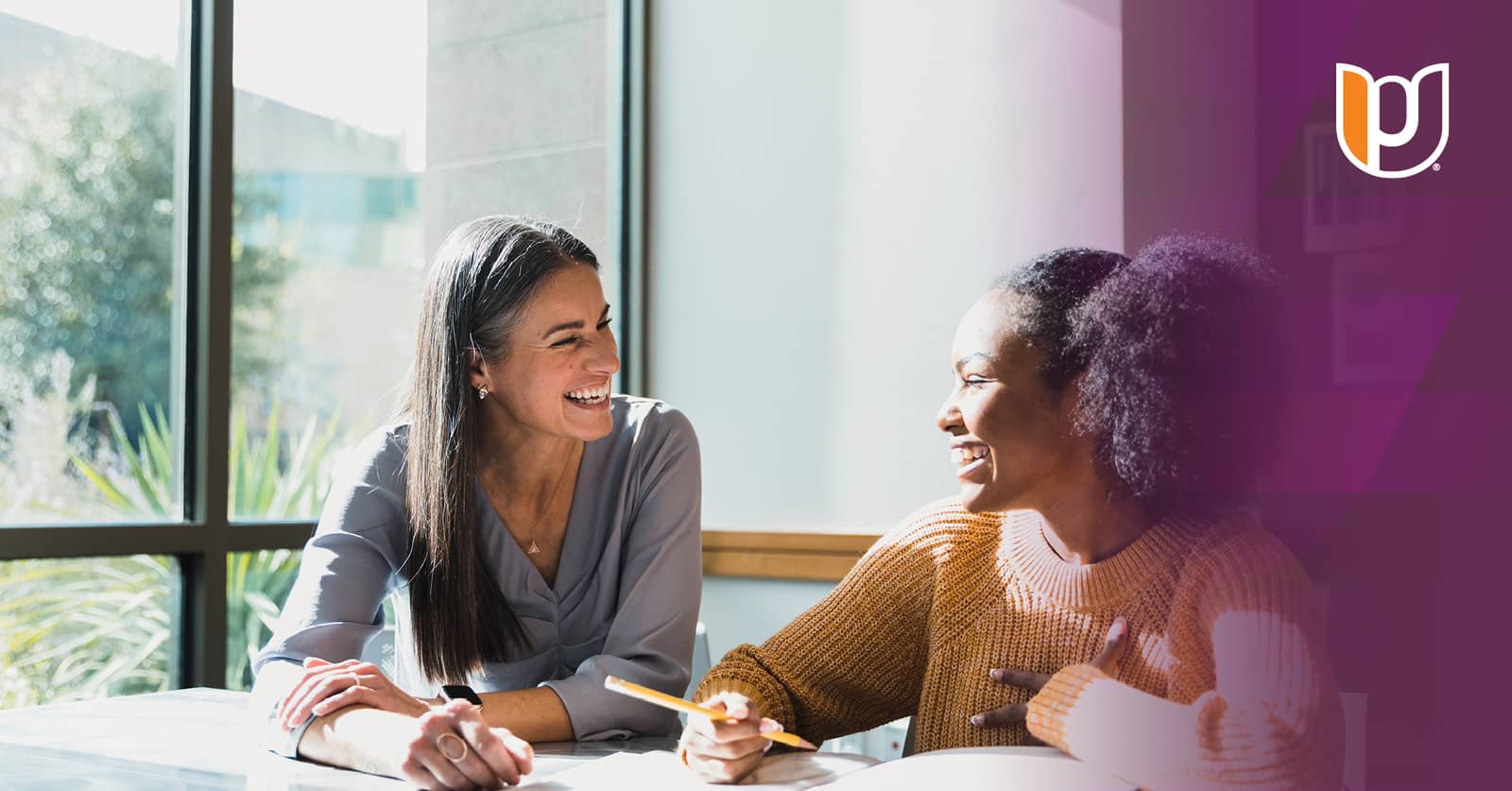 STEMtober gives us the exciting opportunity to pay homage to the inspiring individuals who have improved countless lives through their innovations in mathematics, medicine, data science, and other technical fields.

Women, in particular, deserve a lot of credit for their exceptional contributions — but they have often been denied the praise they have so clearly earned. To address this enduring problem, we have highlighted a few of the most impactful women in STEM below:

Women’s representation in mathematics is on the rise — but females have been game-changers in this field for generations. Florence Nightingale, Mary Lucy Cartwright, and Alison B Miller remind us that female mathematicians are astute and forward-thinking professionals in their field:

For over a century, Florence Nightingale has inspired nurses, social workers, and women from all walks of life. Often referred to as the Lady with the Lamp, she first gained notoriety during the Crimean War, when she was in charge of nursing. She was shocked at the appalling conditions she discovered. This spurred her to pursue significant reforms in nursing education and medical hygiene.

While many people are aware of Florence Nightingale’s influence in nursing, far fewer realize that she was also a key player in the transformation of statistics. Her data-centered approach to medical practices delivered much-needed insights into hygiene (or lack thereof) as a common source of early mortality.

Not only did Nightingale demonstrate the need for accurate data collection, she showed the world how information could be more impactful when presented in the most compelling manner possible. Hence, the success of her predecessor to the modern infographic: the coxcomb, which resembled an intricate take on the classic pie chart. Her approach to presenting data was key to finding a receptive audience for proposed reforms.

An early pioneer of chaos theory, Mary Cartwright was a trailblazer even as a student. She was one of only a few women to study mathematics at St Hugh’s College at Oxford. She was later awarded a Yarrow Research Fellowship, which allowed her to work on her thesis (on the zeros of integral functions) at Girton College. There, she developed Cartwright’s Theorem on Functions Bounded as the solution to an open problem from her class on function theory.

Cartwright was heavily involved in the British Department of Scientific and Industrial Research’s Radio Research Board during World War II. She and fellow mathematician John Littlewood studied solutions to the famed Van der Pol oscillator. While it received little attention at the time, their research formed the basis of chaos theory. This influential branch of mathematics delves into the dynamical systems most vulnerable to changes in conditions.

Women have long been underrepresented at the International Mathematical Olympiad. Alison Miller helped to change this, as she was the first woman from the US to place gold. Later, Miller was a major presence at the William Lowell Putnam Mathematical Competition, where she earned the Elizabeth Lowell Putnam Award multiple times.

Miller has continued to flourish after she obtained her bachelor’s and moved on from competing in mathematics. She received her Ph.D. from Princeton and was later a postdoctoral fellow at Harvard. Presently a number theorist, she works extensively in arithmetic invariant theory. She delves into the connection “between knot theory and arithmetic invariant theory” as they relate to asymptotic analysis.

While women have held sway in every area of biology, their ecological efforts have been especially impactful. Inspiring figures such as Rachel Carson and Nell Newman demonstrate the power of just one female to create major environmental movements. Meanwhile, Elizabeth Blackburn has revealed how little we know about aging — and the extent to which both research and lifestyle changes can alleviate today’s greatest sources of suffering.

No overview of the environmental movement would be complete without the inclusion of Rachel Carson’s contributions. Originally a marine biologist, Carson worked extensively with conservation groups before she became concerned about — and committed to changing — the prevalence of pesticide overuse.

Carson made waves with the publication of the influential Silent Spring. This seminal work emphasized modern pesticides’ harm to the increasingly vulnerable environment. While it should be no surprise that chemical companies opposed this publication, it made a massive difference in public opinion. This ultimately resulted in a ban on the compound DDT and other much-needed changes to federal pesticide policy.

Elizabeth Blackburn has worked closely with another influential woman — Carol Greider — to unearth the secrets of an enzyme known as telomerase. This work earned both women the 2009 Nobel Prize, which they also shared with researcher Jack Szostak. This prize was well-deserved, as research on chromosomal effects of telomerase has been nothing short of revolutionary in the rapidly evolving field of molecular biology.

After winning the Nobel Prize, Blackburn teamed up with Dr. Elissa Epel to publish The Telomere Effect: A Revolutionary Approach to Living Younger, Healthier, Longer. This book has made her noteworthy findings easier for everyday readers to understand. It includes suggestions about the role of lifestyle in caring for telomeres and limiting the effects of aging. Blackburn continues to be a force for change. She is currently focused on the impact of stress and mindfulness on telomeres and aging in general.

As a former child actress and the child of famous actor Paul Newman, Nell Newman (who was once known as Nell Potts) discovered her calling in sustainable agriculture. She founded Newman’s Own Organics in hopes of making organic products more recognizable and accessible. Her dad brought further attention to the movement by lending his recognizable name and image.

While Nell Newman has not always received the respect or notoriety she deserves, she earned the National Audubon Society’s Rachel Carson Award in recognition of her commitment to “advancing environmental and conservation issues.” She has also earned a distinguished spot in the Specialty Food Hall of Fame.

For decades, computer science has offered ambitious women exciting opportunities to make a difference while making groundbreaking discoveries. Women have long been at the forefront of this field, as evidenced by the accomplishments of Marissa Mayer, Barbara Liskov, and Radia Perlman.

Marissa Mayer always had major STEM ambitions, but her career did not take the path she anticipated. Initially, she intended to become a pediatric neurosurgeon. Ultimately, however, she studied a blend of computer science, linguistics, and psychology known as symbolic systems.

As a Stanford student specializing in a promising field, Mayer received various job opportunities by the time she graduated with her master’s. She sealed her fate as one of STEM’s most influential women when she accepted a job at Google. Rising quickly through the ranks, she helped to establish the simple yet effective search homepage that remains iconic to this day. She also held leadership roles in Google Search Products and User Experience, as well as Local, Maps, and Location Services.

Following a successful career at Google, Mayer received an exciting opportunity: the chance to head up Yahoo! While her tenure at Yahoo! was sometimes controversial, she oversaw several significant changes. Since leaving Yahoo!, she has been a force for change with the AI-focused company Sunshine, originally known as Lumi Labs. Among the company’s greatest accomplishments are Sunshine Contacts and Sunshine Smart Contacts, which draw on intelligent algorithms and email data to improve contacts.

Barbara Liskov studied math at Berkley and Princeton before she began her journey in computer programming at the MITRE Corporation. After applying to multiple elite programs, she was accepted by Stanford, where she became the first female in the US to earn a Ph.D. from a computer science department.

During her illustrious career, Liskov developed multiple programming languages. In the 1970s, she and her students at MIT created CLU. It may not be widely used today, but this programming language played a prominent role in the eventual development of object-oriented programming. Later, she collaborated with several experts to form an extension of CLU known as Argus.

Over the years, Liskov has earned numerous distinctions. Among the most noteworthy? The 2008 Turing Award from the Association for Computing Machineries (ACM). According to ACM, Liskov has made key contributions to the modern understanding of fault tolerance and distributed computing.

As the daughter of engineers, Radia Perlman is a lifelong STEM enthusiast who has always regarded math and science as “effortless and fascinating.” She first expressed an interest in programming when she was the only female in a high school programming class. She continued to study programming at MIT, where she was involved in creating a kid-friendly version of the programming language LOGO. She quickly discovered that, with proper nurturing, children as young as three could excel in programming.

In addition to serving as a pioneer in childhood programming education, Perlman created the Spanning Tree Protocol (STP). Meant to address the ever-increasing complexity of local area networks (LANs), STP provides a simple yet ingenious solution to keep data from getting trapped in loops: allow each router switch to determine its place within a vast network. Numbers known as Bridge IDs allowed this system to function seamlessly.

From eco-farming to information systems, women have long been a force for change in STEM. The influential females highlighted above provide great inspiration for a new generation of ambitious women. Thanks to their contributions, the future is bright for today’s most talented and passionate women.

Thank you for reading! The views and information provided in this post do not reflect Post University programs and/or outcomes directly. If you are interested in learning more about our programs, you can find a complete list of our programs on our website or reach out directly!

Please note jobs and/or career outcomes highlighted in this blog do not reflect jobs or career outcomes expected from any Post program. To learn more about Post’s program and their outcomes, please fill out a form to speak with an admissions advisor.