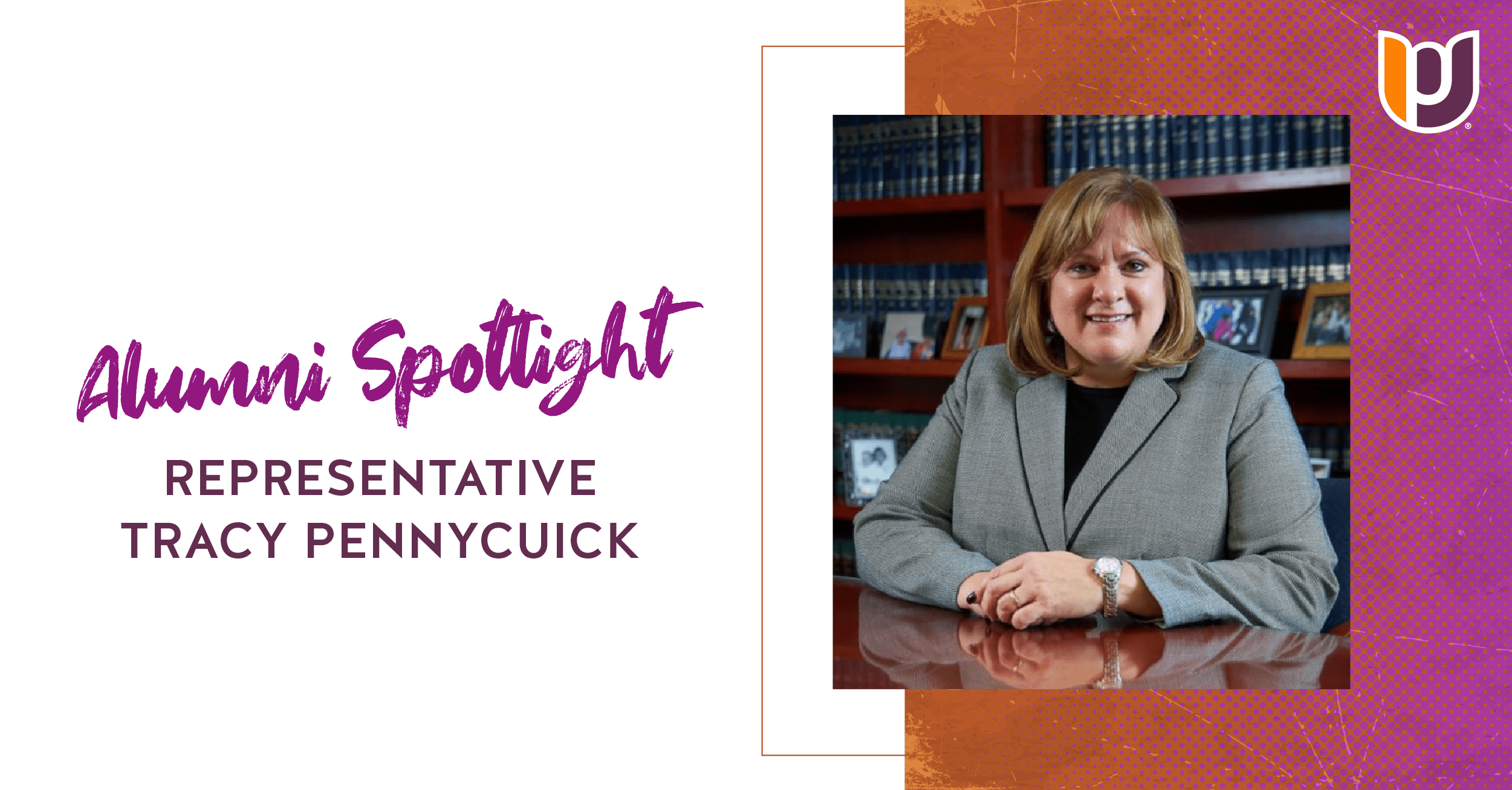 Post Alumna Tracy Pennycuick, who graduated from Post University with her Master of Public Administration in 2015, was elected the Republican primary candidate for Pennsylvania House of Representatives District 147 in June 2020. She was elected on November 30, 2020, in the general election and took her oath of office on January 5, 2021. She will serve a two-year term and will be eligible for re-election.

From 1984-2010, Pennycuick served 26 years in the U.S. Army, retiring as Lieutenant Colonel.  While in the Army, she received her Bachelor of Arts in business from the University of Missouri in 1987. When Pennycuick retired from the Army, she wanted to pursue her MPA. She was drawn to Post University for two reasons—the convenience of earning her degree online and the military tuition discount offered through the Post Eagle Program.

While pursuing her MPA, Pennycuick was working as the Director of Veteran Affairs for Montgomery County, PA.

“Throughout my courses at Post, I learned more about the government and was able to apply much learning to my director role at the time,” said Pennycuick.

She continues to serve as a Volunteer Veteran Service Officer and is a board member of many non-profits focused on the service of veterans. Pennycuick is a US Army Command and General Staff College Graduate.

“My experience in the Army taught me how to work well with everyone to create action for change. I learned that an 80% solution today is better than a 100% solution after the fact,” said Pennycuick.

As a state representative, Pennycuick is representing about 68,000 residents. Her main priorities are to acquire the funding needed to improve the infrastructure, to present more transparency of how money is being spent, and to prevent senior citizens from being forced out of their homes as a result of excessive taxes and underfunding of state obligations that amount to over $6 billion. Pennycuick has rejected healthcare and pension, as well as other perks provided to state representatives.

“Earning my master’s in public administration has taught me how to look at one issue from multiple viewpoints, and how to apply a more strategic level of thinking,” said Pennycuick. “Education lets someone build on experiences. It provides awareness and a deeper understanding.”

Of all the skills that Pennycuick attained from her online education at Post University, she shares that the most valuable mastery she acquired is the ability to research so she can always stay educated and in the know.