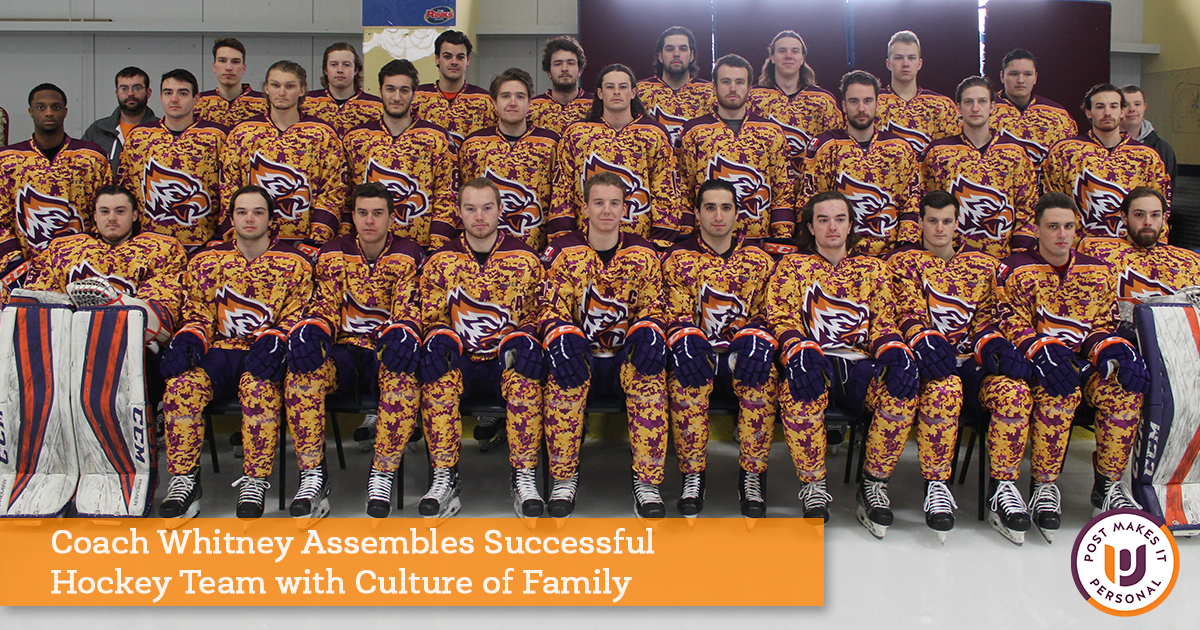 “Creating a family culture among the team is what made the difference,” says Men’s Hockey Coach, Peter Whitney. Since becoming a team four years ago, the men’s hockey team has come a long way – in more ways than one. 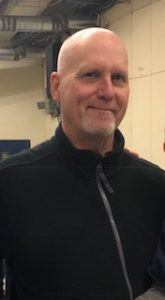 Whitney came to Post in April 2015 to build a men’s hockey team.  Post was excited to have him on board, what with his impressive coaching background. Whitney had begun coaching in his early 20’s, coaching various levels – from youth hockey to high school and college level, as well as helping out with a girl’s team for years as well.

However, Post presented Whitney with a challenge, one that he took on proudly! He was asked to not only build the team, but to do so in four months. While it was certainly a challenge for Whitney, he got the job done.

The first couple years, Whitney started the team off as a mixed club sport playing an NCAA schedule. In 2017, the team progressed to varsity level. Their first year as a varsity team, they one won two games, but followed through with 10 wins last season.

However, the team’s improvements go beyond the ice. The team leads the nation in their community service hours for Division II men’s ice hockey teams.

“They’re happy to do it and excited. They know it’s important to give back,” says Whitney.

From working with youth hockey organizations to cleaning at the Catholic Academy of Waterbury, they put in more than 1200 hours of community service in the past two years and raised more than $14,000 for charities.

In addition to their increased success on the ice and their impressive community service hours, these athletes also have the highest Grade Point Average of the large roster athletic teams at Post with a 3.38. These teammates do it all together – from playing on the ice, giving back to the community, and helping each other stay on track with grades – their success is truly remarkable.

A nod to the ESPN Excellence in Sports Performance Yearly (ESPY) awards, the Athletic Department established the Swoopy Awards to celebrate individual and team achievements in the field of athletics at Post.  For the past two years, “The Ultimate Swoopie” award –which combines a team’s record, community service, and GPA – has gone to the men’s hockey team.

So far, they are the only team to win this award.

Whitney has proven to be an outstanding coach, reflecting both on and off the ice.  Rather than just teaching them how to be good athletes, he instills upon them the importance of being a good person.

Whitney is extremely proud of his team.  He states, “They’ll always be successful and prepared – in life. Though I’m proud of them when they play well,  I’ll love it even more when they graduate and become successful in whatever they choose to do.”