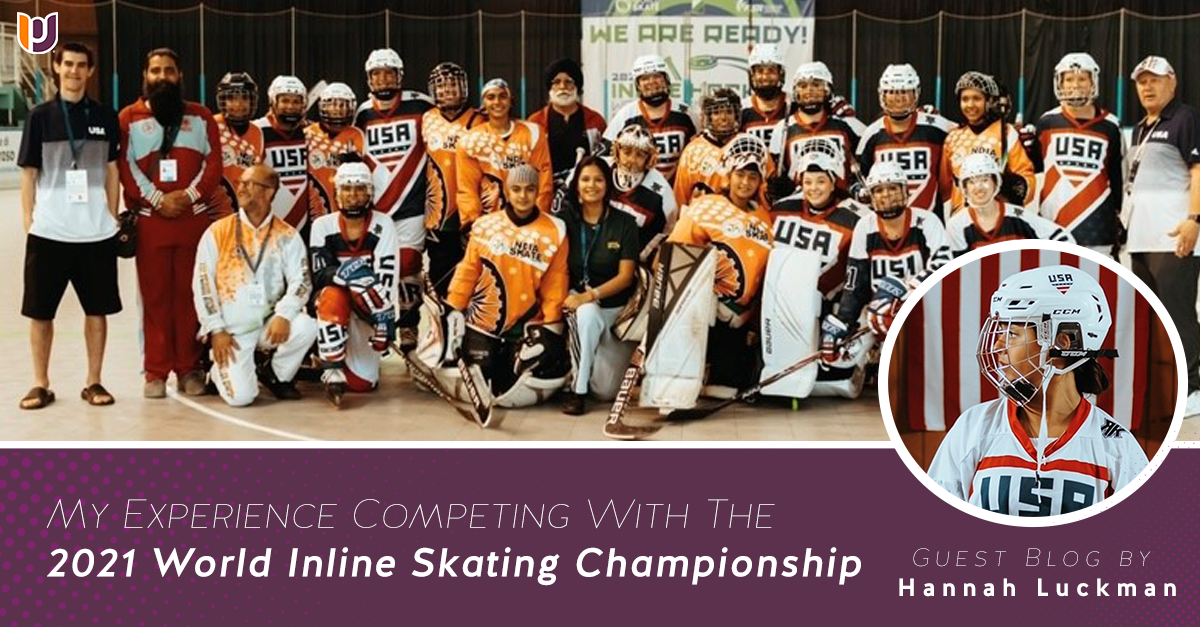 My trip to Italy was one of the most memorable and unforgettable experiences I’ve ever had. At the world championships, playing at the highest level of speed I’ve ever encountered to being able to connect with so many players from different parts of the world, my trip was eye-opening. I initially got brought in for a tryout in Pennsylvania for Team USA’s 2022 junior team (20 years and younger) since they were not sending one this year due to COVID restrictions in Colombia. The coaches decided to give me the opportunity to be pulled up to Team USA’s senior team (21+). I immediately said yes and shortly after the World Championships got moved from Colombia to Italy. At 17, I was the youngest player on the team with the second oldest being 21.

We played Team India early on in the tournament. They are the newest team to be entered in the World Championships. Despite our skill levels being extremely separated, Team India didn’t give up for a second. We took a picture all together after the game and had an opportunity to meet the players and coaches from their area of the world. Some of their players came into our locker room after the game wearing American flag headscarves and it was truly a beautiful moment. After that, Team India came to all of our games cheering us on. Moments like this were common as we danced in the lobby with Team Argentina, played football with Team Italy, and joked around at opening ceremonies with Team Sweden. We came out of this trip with a bronze medal after falling to Spain in the semifinals by 0-1.

Although it wasn’t what we planned on achieving, the experience we all shared with each other was unreal. It was also beautiful to see two different teams/countries in the championship round for the first time in a while. France won gold and Spain took silver. Although we wanted to take home gold, it proved how much the in-line game has and will continue to develop with different programs growing rather than just having the same countries taking the top spots every year. Before Team India left home, I gave one of their players my stick along with other equipment donations from my teammates. It was beautiful to see all these players from all over the world come together and hear about specific parts of their cultures. Some of the women participating in the championships were also on their Olympic ice hockey teams for their home countries. Almost all of the women on my team played Division 1 ice hockey in college and/or went on to play professionally. The 2022 world championships are scheduled to take place in Argentina.