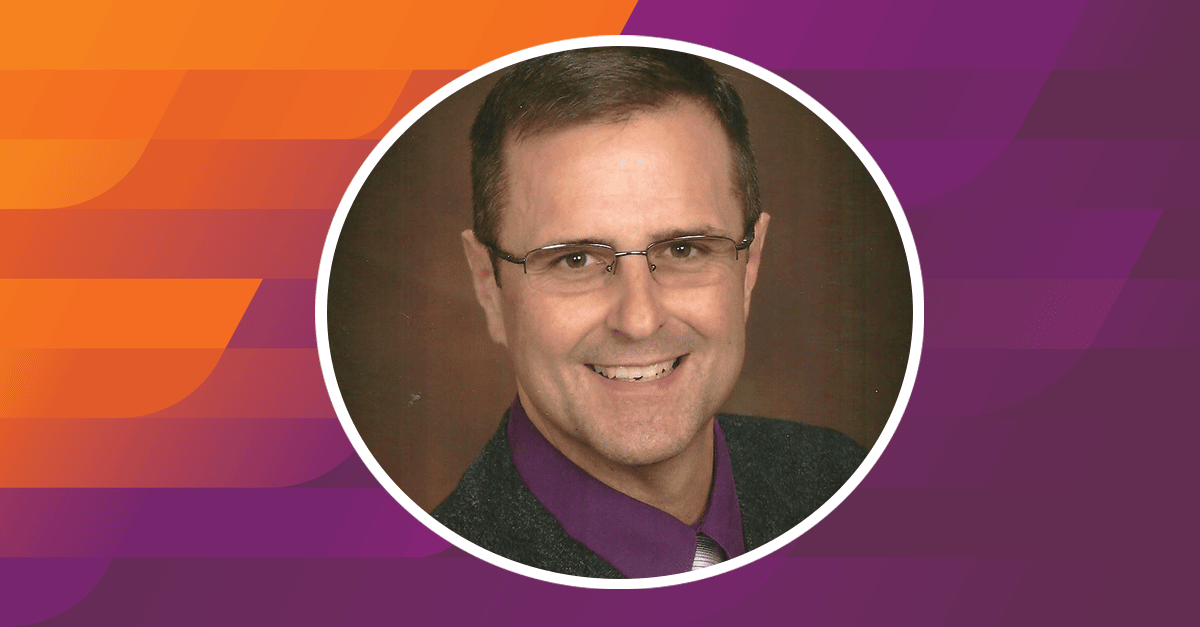 When Sam Bass was coming of age in Ohio, the path of nursing wasn’t a common one. “As I got close to college, I had thought about going into healthcare because I like to help people, but I ended up getting a degree in communication at Bowling Green State University,” says Sam. His aspirations to help others never faded, however, and Sam even worked as an orderly in a nursing home during college. There, he fell in love with patient care and geriatric patients. “I bonded with them and realized toward the end of college I really should consider nursing as a career.”

In the early 1990s, while working nights as a dispatcher for a trucking company, Sam worked toward his ADN. He graduated in 1994, then began his nursing career at Riverside Methodist Hospital. There, he moved from the open-heart stepdown unit to the post-anesthesia care unit to clinical nurse manager of that same unit for seven years.

Ready for a New Challenge

At Grady Memorial, Sam was the Magnet champion and excited by the idea of getting more involved in a leadership role related to Magnet. At the same time, he and his wife were cultivating a 5-year-plan to move to the West, where they often vacationed. “In 2015, I saw a posting for Magnet Program Director at Cheyenne Regional Medical Center,” says Sam. Cheyenne happened to be high on their list of future places to call home.

Sam applied on a whim and was quickly flown out for an interview and offered the position. “It was earlier than planned, but I just loved the hospital and the people,” he says. Sam joined Cheyenne Regional Medical in 2015 and led the hospital to achieve Magnet status in 2020. “I love it. My job is to tell the story of the excellent care that our staff provide here and help our nurses and staff understand what it takes to be a Magnet organization so we can continue to deliver.”

Although Sam had gotten his dream job and things were going well, something kept pushing him to consider further education. “I’m a lifelong learner, and when I got my MSN, I had in mind that I would get a doctorate after a short break, but a little break became a big break,” Sam says. By 2018, he was eager to get started.

The former chief nursing officer at Cheyenne Regional Medical was an alumna of American Sentinel College of Nursing and Health Sciences at Post University. “She recommended the Doctor of Nursing Practice Executive Leadership, so I looked for myself and everything just fell into place. I took a class at a time and took a few terms off during busy Magnet reporting periods at the hospital, which worked really great. I went at my pace.” In April 2022, Sam completed his final course of the DNP.

Improving Self Efficacy in Nurse Managers

Sam used the DNP Executive Leadership capstone project as an opportunity to work on something to make his hospital better. “An area of improvement for our hospital when we went through the Magnet accreditation process was developing a good succession planning program,” he says.

Sam’s goal is to become a chief nursing officer. “I would welcome the chance to influence nursing as a profession in the role of chief nurse,” he says. His education from American Sentinel, combined with his job experience, will help him get there. “The skills I’ve learned in this program will help me advocate for the profession.  Every course I took is relevant to the skills I need and has prepared me for the leadership job I’m striving for whenever it becomes available.”