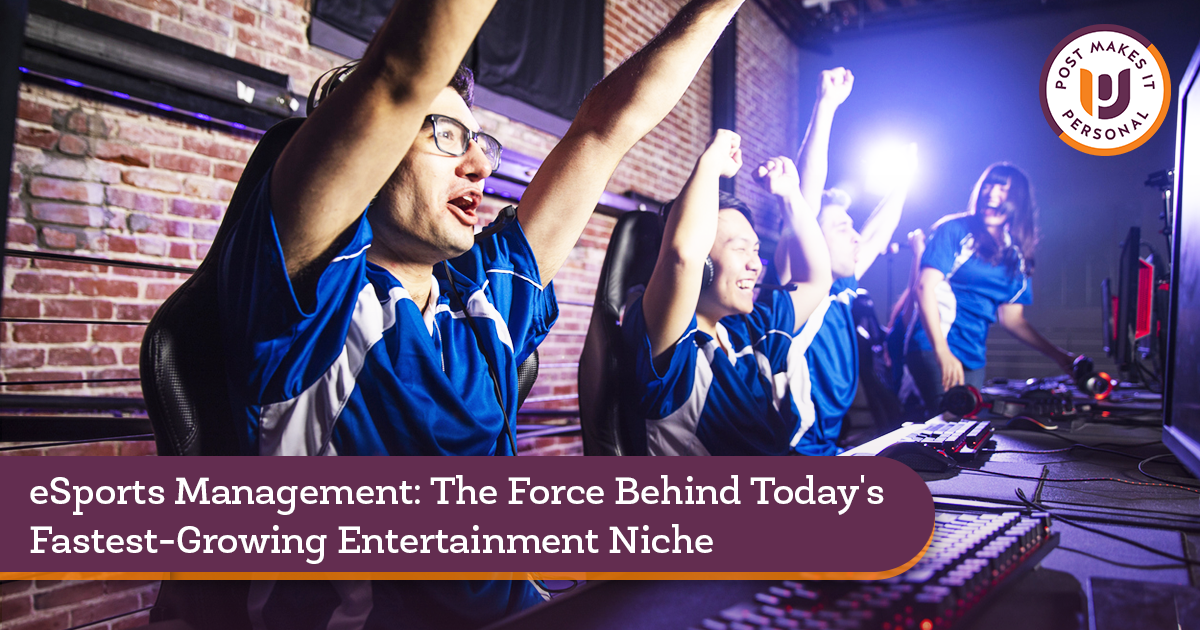 The gaming world is always evolving, with new trends and technologies emerging every few years to change how we perceive the very concept of gaming. The industry looks little like it did in the heyday of Pong, but the changes of the next few years promise to be even more transformative than those witnessed over the course of the past several decades. Once primarily a solo or small group experience, gaming is taking on a new sense of community with the players themselves sometimes achieving near-celebrity status. What’s the primary innovation driving this massive change in gaming? The rapidly expanding eSports industry.

The term ‘eSports’ references a niche of organized competitive video gaming in which individual or team-based professional players duke it out, often in large arenas with massive digital and in-person audiences. While these events can encompass a variety of gaming styles, they most commonly involve first-person shooters (FPS), battle royale games, multiplayer online battle arenas (MOBA), and real-time strategy (RTS). Favorites include:

Players, teams, and events are often sponsored by major corporations. Coca-Cola, Comcast Xfinity, and Audi are all bringing major money to this rapidly growing industry.

The Rise of the eSports Industry

With tournaments occurring as far back as 1972, competitive gaming has long played a major role in the industry. Until recently, however, these were largely one-time occasions. The internet should receive the bulk of the credit for modern eSports as it played a vital role in connecting once disparate gaming communities.

Many people regard a 1997 Quake tournament as the first modern eSports event. Soon after, the Cyberathlete Professional League was formed, launching a new era in competitive gaming. Larger prizes began to be awarded, especially as tournaments such as Major League Gaming were launched. The rise of the MOBA genre sparked further interest in eSports as the industry reaching an estimated market value of $1.5 billion by 2017.

The Role of eSports Management

eSports players may attract the bulk of the attention, but their livelihood would not be possible without the assistance of vast teams of background professionals. As the industry has evolved, players have increasingly looked to outside experts to help them navigate the logistics of signing contracts, accepting sponsorships, and participating in successful tournaments. Without proper behind-the-scenes management, eSports would look little like it does today.

Those passionate about eSports but not willing or able to take on the role of professional player can secure lucrative work in a variety of background positions, most of which are now just as important as the players themselves. The field of eSports management is surprisingly vast—and growing every day. Although the title of eSports manager may seem like a go-to for anybody with management skills and an interest in eSports, a variety of additional opportunities are also available—as highlighted below:

eSports teams and leagues are constantly on the hunt for the next big star. But while conventional sports can look to high school and college teams for emerging talent, eSports players can be more elusive. This brings an extra challenge to the recruitment process—but also huge opportunities for those who manage to find and cultivate hidden gems.

Recruiters search thoroughly for the next big name in eSports; many scour streaming platforms, in-game rankings, forums, and social media for up-and-coming talent. This job can extend beyond the hunt for players, however, to include searches for coaches, content providers, and a variety of other individuals capable of improving the status of growing eSports organizations.

Conventional athletes rely on agents to negotiate favorable deals with the teams for which they play. Traditional agents are also responsible for positively representing athletes off the field. In eSports, agents play a similar role, helping both emerging and experienced players navigate the strange new world of professional gaming.

Promising players are often in dire need of direction; without skilled agents, they risk signing problematic contracts that will limit their future prospects in gaming. The right agent can make all the difference in player income and quality of life, ensuring that players avoid terms that will harm them both now and years down the road.

eSports managers play a vital role in the everyday operation of rapidly evolving teams and leagues. Day-to-day tasks can vary dramatically based on the size and scope of the team. In general, managers oversee recruitment, contract negotiation, players’ logistics, and sponsorships.

Managers may work closely with marketing and development teams to ensure that the organization’s brand is consistently upheld by players, coaches, and other key eSports professionals. They also play a vital role in representing the organization’s brand in negotiations with partners, vendors, and other third parties. Successful managers are meticulously organized and skilled in all aspects of project management.

The eSports profession thrives, in part, because of the excitement fostered by major tournaments and other special events. These events may attract tens of thousands of in-person fans, as well as millions of viewers streaming online. Talented and hardworking teams of professionals are required to successfully plan and execute such events. Even a seemingly minor mistake could lead to devastating losses.

Managers must be thoroughly prepared to handle every possible scenario that could arise. For example, in 2019, the Overwatch League suffered an unexpected power outage during a league match at the Dallas Homestand. The 4,500 fans in attendance were forced to wait nearly an hour for the broadcast to resume. In such situations, managers are responsible not only for damage control but also for coming up with a plan B to keep fans from getting overly frustrated.

Bolstered by recruiters, agents, and managers, the eSports industry is expected to see explosive growth in the next few years. We are on the cusp of a new gaming era—and those willing to get involved could enjoy unlimited career potential.