Michele Eckbold – A Heart for Hospice 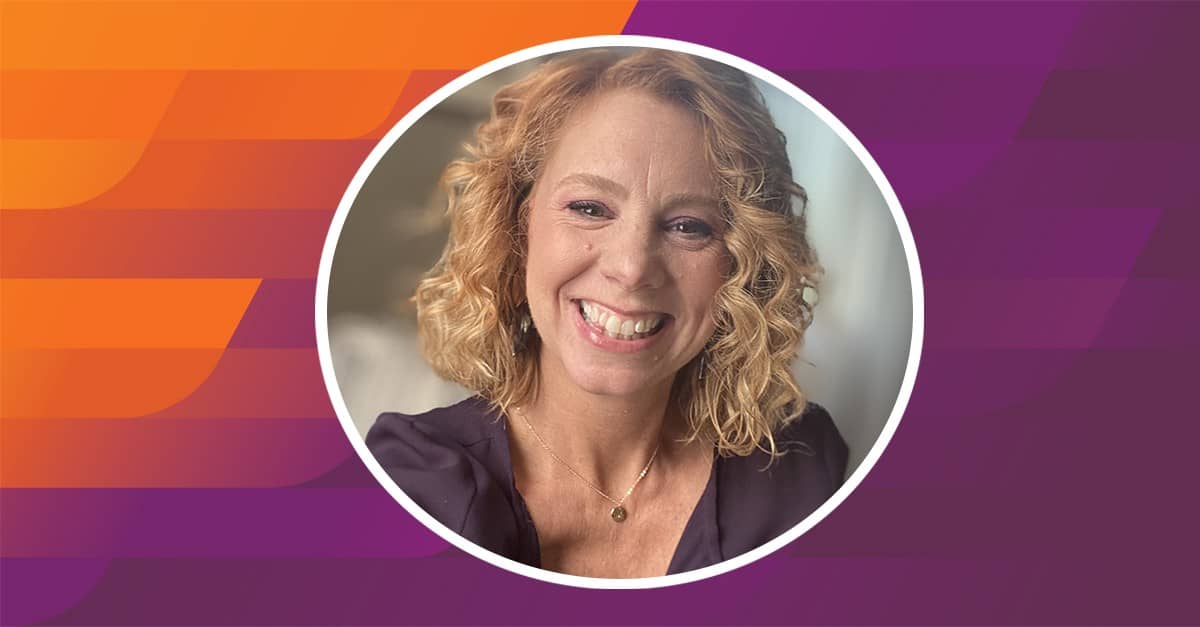 Michele Eckbold did not become a nurse until later in life, but today she couldn’t imagine doing anything else. The Pennsylvania native admits that school wasn’t her strength growing up, but healthcare and helping others appealed to her early on. “I worked at a mom-and-pop pharmacy across the street from my house from 13 onward and just loved it,” she says. “The people, the customer service and the exposure to healthcare, it all planted a seed that took years to grow.”

A Start and Stop at a University

Despite many obstacles to overcome, Michele started at her local community college and transferred to West Chester University in her late teens. However, she felt unprepared and overwhelmed and dropped out within a year, setting her college goals aside. Michele married young, had a son, and divorced within a year. To support her family, she went back to something she knew and started working at CVS Pharmacy.

The more Michele learned, the more she enjoyed healthcare. “I eventually moved to a hospital pharmacy, where I became really inspired by the nurses and doctors,” she says. “I also had several personal experiences with nurses that led me to think about becoming one, including having both grandmothers end up in hospice care.” Michele learned firsthand the importance of quality nursing and hospice care.

Along the way, Michele became a single mother and started working for the Boy Scouts of America in operations and marketing—a role she held until 2012. There, she met her now husband, whom she married in 2012. When her son graduated from high school, her husband nudged her toward her dream. “He said, ‘OK, now it’s your time. You’ve talked about being a nurse for years. Go do it.’”

In 2019, Michele earned the A.A.S. in Nursing from Delaware County Community College—after three years of hard work and persistence. Immediately afterward, she applied to West Chester University, where she had failed out 24 years before. “I got into the BSN program, and I petitioned to remove those old grades from my transcript. This time, I finished with a 4.0 GPA.” Michele graduated in May 2020.

Michele started her nursing career in the progressive care unit of Tower Health, Brandywine Hospital. As coronavirus spread across the country in 2020, she wanted to help more. Months after earning the BSN and starting at the hospital, she also joined a nursing and rehabilitation center, where she cared for COVID-19 patients. And when an opening at a hospice care facility nearby arose in fall 2020, Michele didn’t hesitate. “I knew from the start of my nursing journey that I wanted to become a hospice nurse,” she says.

With her BSN under her belt and her dream career in hospice underway, Michele began researching Nurse Practitioner programs. She recalled a former colleague attending American Sentinel College of Nursing and Health Sciences. “I was so impressed with the military discount and the curriculum,” she says. Michele was accepted and took her first class in 2021.

During this time, Michele and her husband relocated to Florida to be closer to their children and grandchildren. In the fall of 2021, she joined Health First Holmes Regional Medical and Trauma Center in the cardiovascular progressive care unit.

Planning for the Future

Michele is aiming to finish the Master of Science – Adult Gerontology Primary Care Nurse Practitioner Specialization by early 2024. While she loves her role at Health First and the flexibility it offers her as a student, she’s excited to return to hospice care. Michele plans to become a hospice/palliative care Nurse Practitioner after she graduates.

“I’m so glad I chose American Sentinel, as it has really been great,” Michele says. “I’m proud of myself and how far I’ve come. I know that the knowledge I’ve gained and having this master’s will allow me to achieve my goals.”