Mother, Son Inspire Each Other Every Step of the Way to Graduation 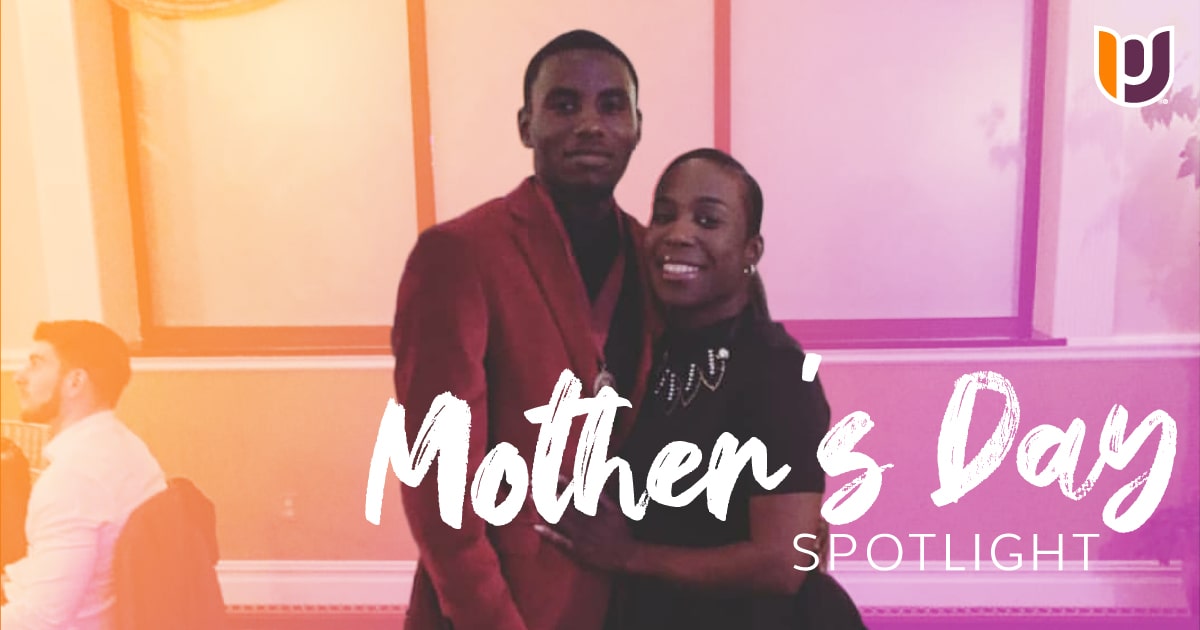 “I admire my mom. She is smart, and she believed in me even when I was struggling. She takes care of her kids, and I love her for that,” says senior Gamala Chambers.

The two share an incredible, inspirational story of how they succeeded – together.

In 2005, Watson put school on hold to give birth to her daughter, Kelyse. Then a few years later, she also gave birth to her son, Kerone.  Before she knew it, twelve years had passed and her son, Gamala, would soon be graduating high school and attending Post that fall.

“I wanted to finish my degree before my son, so it was motivation for me to enroll in classes and continue my education,” said Watson.

They relocated from the Bronx, NY to Connecticut in July 2016, where Gamala joined Post University as a freshman athlete on the track and field team. He excelled in the high jump and earned second-team honors in the All-East Coast Conference (ECC). Watson then joined Post as a junior in May 2017.

There were moments of struggle on both ends. Gamala, excellent with numbers, helped his mother not only pass algebra, but also receive an A for her grade. Gamala was there to motivate his mother and help her when she needed it. Watson did the same for her son.

“There were moments where I did not think I would make it. My mom believed in me and seeing her not give up motivated me to do the same. I really wanted to pass my classes and succeed,” said Gamala.

“College is a choice. Gamala chose to go to school, and he chose to stick with it. He never wanted to miss a class, even on snowy days if the school was still open. I am so proud of his focus and admire him for that,” said Watson. Her other son, Saige Chambers, is also attending Post and should be graduating in 2022 with his bachelor’s degree in psychology.

While Gamala had his struggles, he embraces the hurdles he overcame and the memories he shared with new friends and professors who made an impact. He expresses his gratitude towards Program Chair of the Malcolm Baldrige School of Business Melissa Santos. “She was such a great professor and really cares about her students. She even remembers to send me an email on my birthday every year. Those gestures show teachers care more than just about the grade you receive in their class,” said Gamala.

After graduation, Gamala plans to find a job working full time while continuing his education to achieve his master’s degree.

“Life happens. Things get in the way. But I think everyone should always try to finish what they started. It is a very good feeling when you do, even if it is later than you first planned,” said Watson.