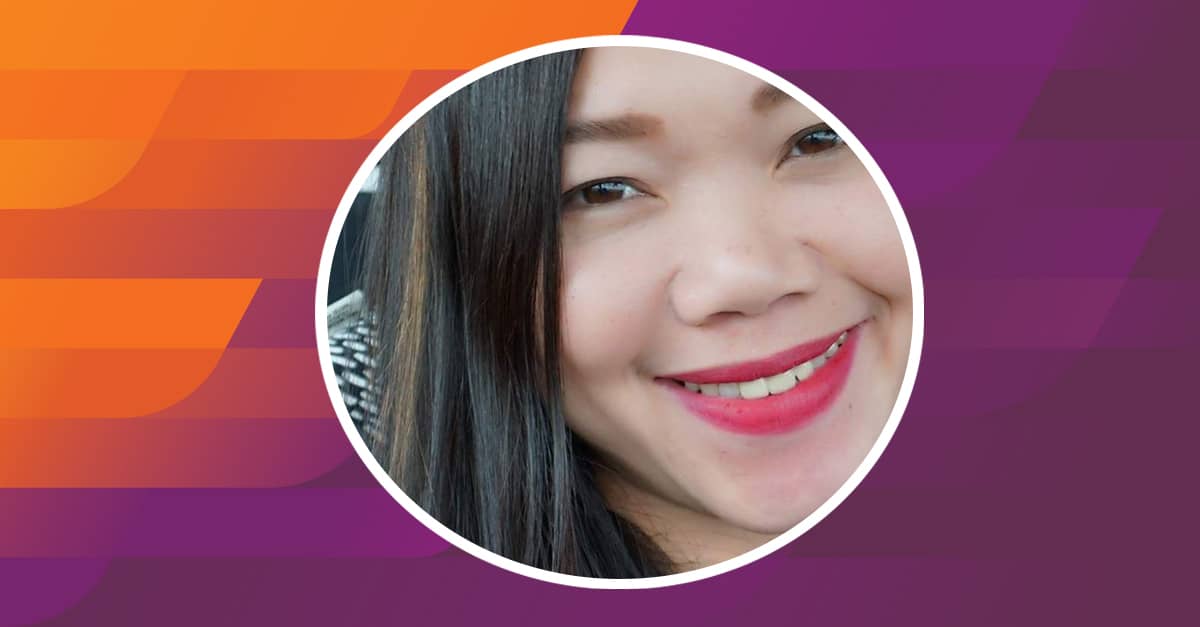 Nursing was Jennifer Genson-Pat’s “dream job” as a young girl, and the idea of taking care of others for a living seemed perfect for her personality. After graduating high school, Jennifer went straight into a BSN program and graduated in 2005 from the University of the Visayas. She started her career as a teacher helping new nurses prepare for their board exams before joining Miller Sanitarium & Hospital as a float nurse, working in medical-surgical, the intensive care unit, the emergency room and obstetrics/gynecology.

Jennifer enjoyed her hospital, but after two years, decided that her heart was with teaching. She rejoined the Alliance for International Review Center for Nurses and Midwives, where she’d worked previously, and worked there until 2014 as an educator.

“Around 2010, I also returned to school for a master’s in nursing,” says Jennifer, who chose to study behavioral health. Two years into her program at Cebu Normal University, she became pregnant with her second child and took a hiatus from school—one that she intended to be brief. “I had four classes left, but it was difficult to return after having a child and getting back to work. I set it aside for a while.”

A Tragedy and a Dream Come True

In 2014, Jennifer began working at the hospital again as a medical-surgical nurse and soon took a job as a telephonic nurse clinician at EXL Services. A year later, the home next to hers caught fire and burned down the adjacent homes too. “We had minutes to evacuate and prepare,” she recalls. “We got our kids and took one backpack that had our passports, U.S. Visa documents, and my nursing license and NCLEX certificate. Those were our tickets to the United States.”

Jennifer and her husband had applied for U.S. Visas in 2006 shortly after she graduated from nursing school. “That was my ultimate goal,” she says. The fire setback forced them to live with friends and left them without anything but the clothes on their back and their backpack of documents. “It was the most difficult time, but as we rebuilt our lives, we didn’t give up hope.”

After 10 Years of Waiting…

In 2016, after 10 years of waiting, Jennifer received life-changing news: her family’s U.S. Visa application was finally approved. “That year was the most difficult ever, but as we were rebuilding, we received that news that we could finally go to the U.S.,” Jennifer says. She had to get an employer to sponsor her first, and so the applying began. Jennifer was hired by Folkstone Presbyterian Homes & Services, a senior living community in Wayzata, Minnesota, as a staff nurse. Her family moved there in August 2016.

After three years with Folkstone, Jennifer sought a new opportunity and joined Cigna as a case manager in 2019—thinking back to when she first learned about case management at EXL Services. “I really enjoy case management,” she says. Just four months after starting her new job, the coronavirus pandemic hit and Jennifer’s world was turned upside down. “That whole year was the year of the unknown. After a while, I needed something to lift myself out of a negative space. So, I started thinking about finishing what I had started years before.”

Jennifer found American Sentinel College of Nursing and Health Sciences at the end of 2020. “I felt embraced. I could tell that this place would support me and help me finally reach this goal.” Jennifer started the MSN Case Management in early 2021.

Goals for the Future

After she graduates in December 2022 with the MSN Case Management, Jennifer wants to continue working in case management, but more complex roles. “I want to challenge myself and conquer that challenge,” she says. Eventually, she’d like to pursue leadership—and earning a Doctor of Nursing Practice Executive Leadership is part of that.

Without question, American Sentinel is where she would return. “I expect to apply for a higher position and get comfortable in that, then apply to the DNP. The experience I’ve had so far there has been amazing—I don’t have any other words to describe it. They’ve made something hard and complicated more manageable.”