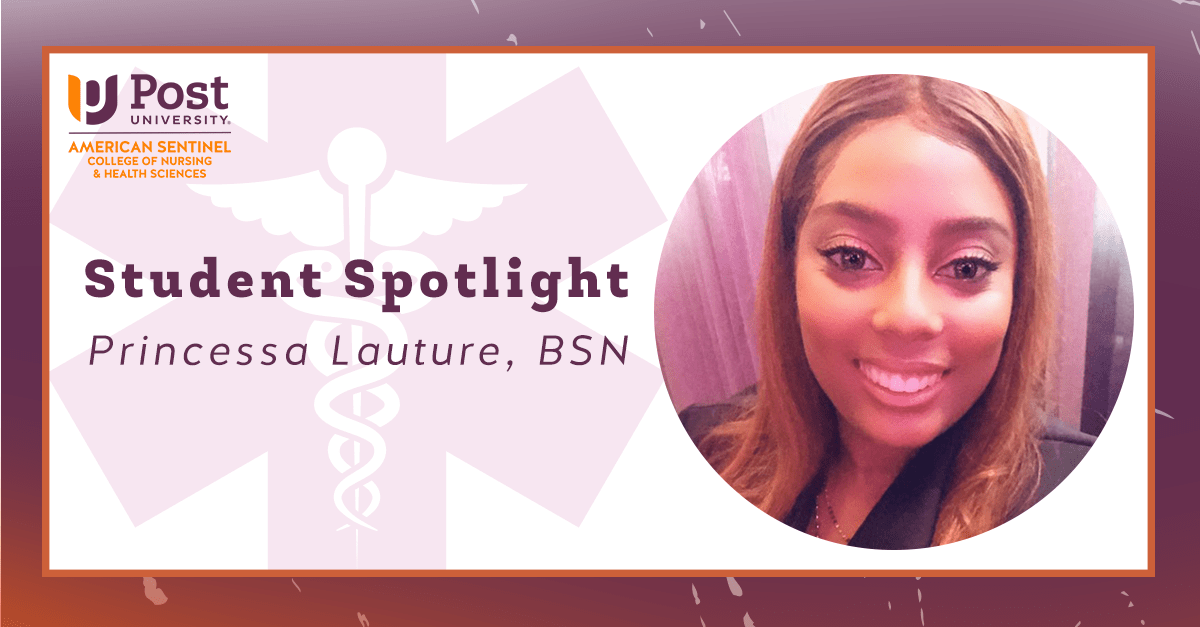 When Princessa Lauture hit her teens, she was already burned out on the idea of continuing her education beyond high school. The Queens, New York, native had learning difficulties, and school had always been a struggle. “Even though I was bright, I could not keep up in school,” says Princessa. But her mother—a longtime intensive care unit and emergency room nurse—urged her not to give up. She encouraged her to give community college a try, and promised to help her buy a car if she enrolled in the nursing program.

Princessa enrolled at Queens Borough Community College in the Associate Degree of Applied Science in Nursing program. There was nothing easy about it, but she never gave up and in 2014, she passed her boards and became a Registered Nurse. Princessa started her career at Woodcrest Rehabilitation and Residential Healthcare Center in Flushing, New York.

Since 2016, Princessa has been a care team supervisor with AdvantageCare Physicians in Jamaica, New York. The primary and specialty care practice serves the New York metropolitan area.

Motivated to Return to School for a BSN

In 2013, Princessa was encouraged once again by her mother to further her career—but this time, by returning to school for a BSN. “My mother actually was a student at American Sentinel in 2008, and told me about her experience and what a good program it was,” says Princessa. But life happened, and she didn’t get around to applying.

Fast-forward to 2021, and Princessa knew the time was right. “I could see in the environment around me how important a bachelor’s degree would be for my future,” she says. “There was an opening at work that I qualified for with my experience, but not my education. It hit me that it was important to better myself. I never wanted to be in a position again where I could be denied an opportunity because I didn’t have the educational qualifications.”

In early 2021, Princessa started the BSN program at American Sentinel. She pushed herself hard, taking two classes at a time, and will graduate in fall 2021. “Going back to school gave me a feeling of purpose that I had lost for a little while,” says Princessa. She has been so successful as a student, in fact, that she plans to continue on for an MSN degree at American Sentinel, although she is still figuring out which specialization she will pursue.

Plans to Become a Leader

In the future, Princessa hopes that her BSN will enable her to pursue management and leadership positions. She would also consider teaching if the opportunity arose. “I am a good mentor and teacher, and I get really excited when talking about nursing,” she says. American Sentinel has been a great experience and one that has regenerated her excitement about patient care and nursing.

“I’m very excited right now,” Princessa says. “I’m very grateful to American Sentinel. I just loved the teachers and staff, and the way they support students. It’s a structured program that has kept me on track, which is the only way I would’ve been able to do this at the pace I did. One day, I know this education will pay off.”