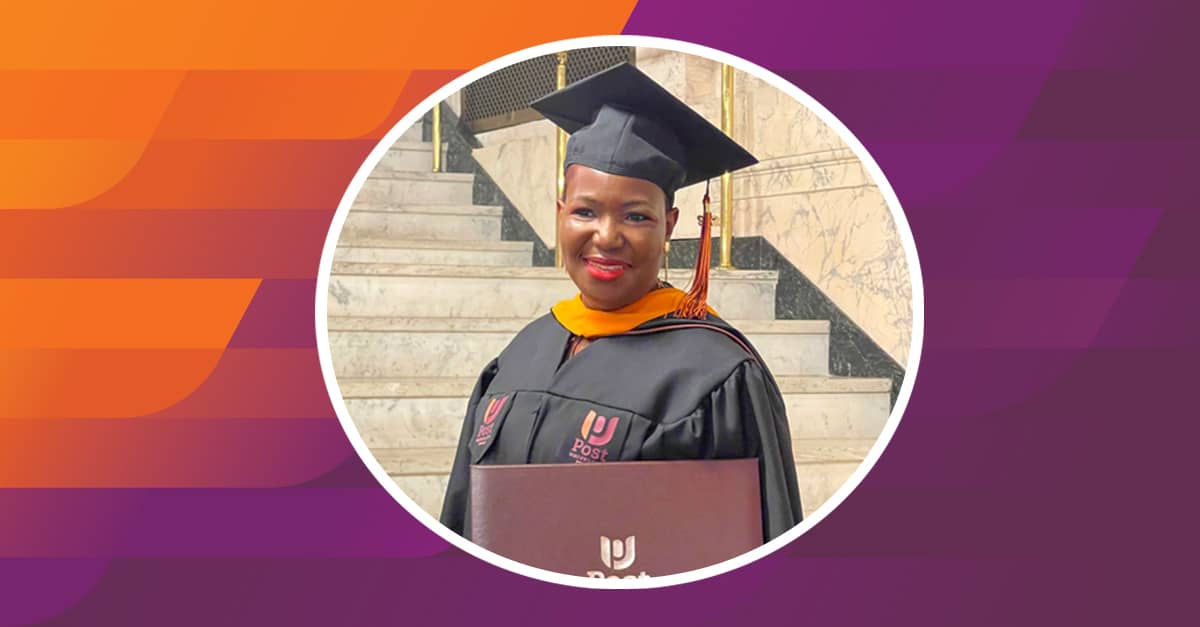 always wanted to work in healthcare. At 18, the native of Panama—who moved to New York as a teenager—became an LPN, graduating from Clara Barton High School in Brooklyn.

She earned an associate degree in liberal arts in 1987, but ultimately decided that she needed a BSN to reach her goals as a nurse. Tammy graduated from the City College of New York in 1992 and started her RN career at Bellevue Hospital Center in the operating room. She also worked in labor and delivery and genitourinary throughout her seven-year career there.

Growing Up as a Nurse at Rehabilitation Centers

In 2000, life led Tammy to Nassau Extended Care, a rehabilitation center, where she stayed for almost 15 years. “I was molded there, where I did wound care, infection control, and risk management, and I eventually became the assistant director of nursing while serving as the staff development coordinator,” she says.

In 2014, Tammy left Nassau for New Carlton Rehabilitation Center, where she became its director of nursing. She tried something new in 2015, working in quality assurance for a healthcare system, but missed the patients and returned to a patient care setting in 2017. From 2018 until fall 2021, she was the director of nursing services at Excel at Woodbury, another short-term rehabilitation center.

While at Nassau Extended Care, a coworker shared with Tammy that she was going back to school at American Sentinel College of Nursing and Health Sciences. The conversation planted a seed that grew in Tammy’s mind over the next two years. “I had been thinking about school myself and realized as I progressed through my career that to make changes at any organization, it’s helpful to have the credentials behind you,” she says. Tammy’s other goal was to solidify her teaching resume. Since 2014, she’s been an adjunct professor at Farmingdale University, teaching CNA courses.

Tammy enrolled in the MSN Nursing Education program in 2016. “It was a challenge while working full time, and I did have to take breaks sometimes, but I kept on pushing,” Tammy says. She credits her student success advisor with encouraging her to keep going, even when the pandemic created more life stress. “Carolyn Rupp is an angel who helped me at every step. I liked the support, the staff and the curriculum at American Sentinel.”

A Goal to Make Change

In June 2022, Tammy walked at the commencement ceremony at Post University’s campus in Connecticut. She says her student success advisor, husband, sister and grown daughters were her cheerleaders and support system. “I did not do this alone!” she says.

She’s now thinking about what’s next, and realizing that she’s not quite done with school. “Initially, my goal was to get an MSN, but I realize now that what I really want is to instigate change and help others realize their potential,” Tammy says. “I want nurses I teach to understand where they fall within the grand scheme of the health profession. I want them to see how they can make change and be part of positive momentum.”

Tammy feels that a Ph.D. in public health administration will help her reach her goals. She’s researched programs and hopes to begin a program in fall 2022. “If American Sentinel had the program I wanted, I’d be staying here!” she says. Still, American Sentinel has given her much more than an MSN. “American Sentinel gave me the courage to keep learning, to keep pushing forward to fulfill my dreams, and I’ve gained a lot of confidence in myself and my abilities. I feel proud. This is a big deal for me.”