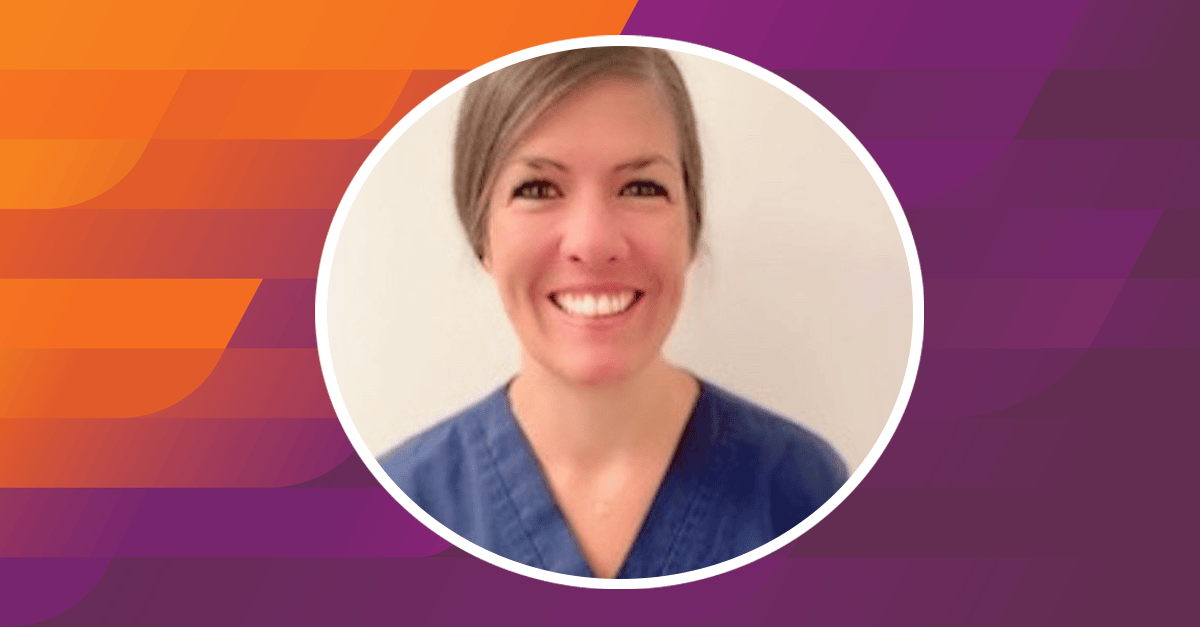 When Kelly Saurman graduated high school in 2004, she headed off to The Pennsylvania State University as an undecided major. “I found my way to psychology and added the neuroscience option, thinking that maybe I could work for a pharmaceutical company doing clinical trials,” says Kelly, who was born and raised in Downingtown, Pennsylvania, where she still lives. After graduating in 2008, her job search led to a realization that she would need an advanced degree to work in clinical research.

“I was interviewing with large companies that suggested that a nursing degree would help me get into the field quickly,” says Kelly. Feeling unsure where to begin, she followed advice from her boyfriend’s mother—now her mother-in-law—and applied in 2010 for a patient care technician position at Main Line Health, Paoli Hospital. “It was a great way to gain experience and it definitely solidified for me that I enjoyed the nursing area.”

Nursing School and Her First Job

In 2013, Kelly decided she was ready to go back to school for a nursing degree. She began taking nursing prerequisites at Delaware County Community College, but received the best surprise of her life—she became pregnant. Kelly put school on hold to start her family, but after her second son was born in 2016, she made plans to resume what she had started.

Kelly enrolled once again at the community college and switched to a unit secretary position, which offered a schedule that would work well for her as a student. For the next three and a half years, she worked diligently—and she graduated with the Associate of Applied Science in nursing in May 2020. Once she passed her board exams, Kelly was hired as a nurse in Paoli Hospital’s progressive care unit.

Right away, Kelly began looking into BSN programs—as her employer had a requirement that she that she enroll in a bachelor’s degree program within a year of being hired as a nurse. Her research led her to American Sentinel College of Nursing and Health Sciences at Post University. “American Sentinel just fit everything I wanted and needed,” she says. “I was looking for a Bachelor of Science in Nursing (BSN) program that was affordable and flexible, but I also could tell that this is a program that is organized and very clear with expectations for each class.” Kelly started the BSN program in October 2020.

A Future Goal of Pursuing Management

In the progressive care unit at Paoli Hospital, Kelly enjoys the fast pace of the floor and the variety of her work. “I’m organized and precise, so I’m in an environment that fits me well,” she says. A planner by nature, she’s thinking ahead about her career and hopes to pursue management and leadership positions. “I enjoy critical care, and I know to pursue management roles, I need to continue my building my educational credentials. I’m a lifelong learner at heart, so I am happy to do that.”

In October 2022, Kelly completed the BSN. “The whole experience was really great, and I especially liked the consistency from course to course and that I was able to build a portfolio of projects to help me in my career.”

Kelly is taking a short break from being a student, but plans to start the Master of Science in Nursing program with a specialization in Organizational Leadership in 2023—at American Sentinel, without hesitation. “I recommend American Sentinel at Post University all the time,” she says. “The program was doable but also challenged me to learn about many aspects of nursing I wasn’t familiar with before. I look back on the last two years and realize I’ve learned a lot. I’m excited to keep going.”