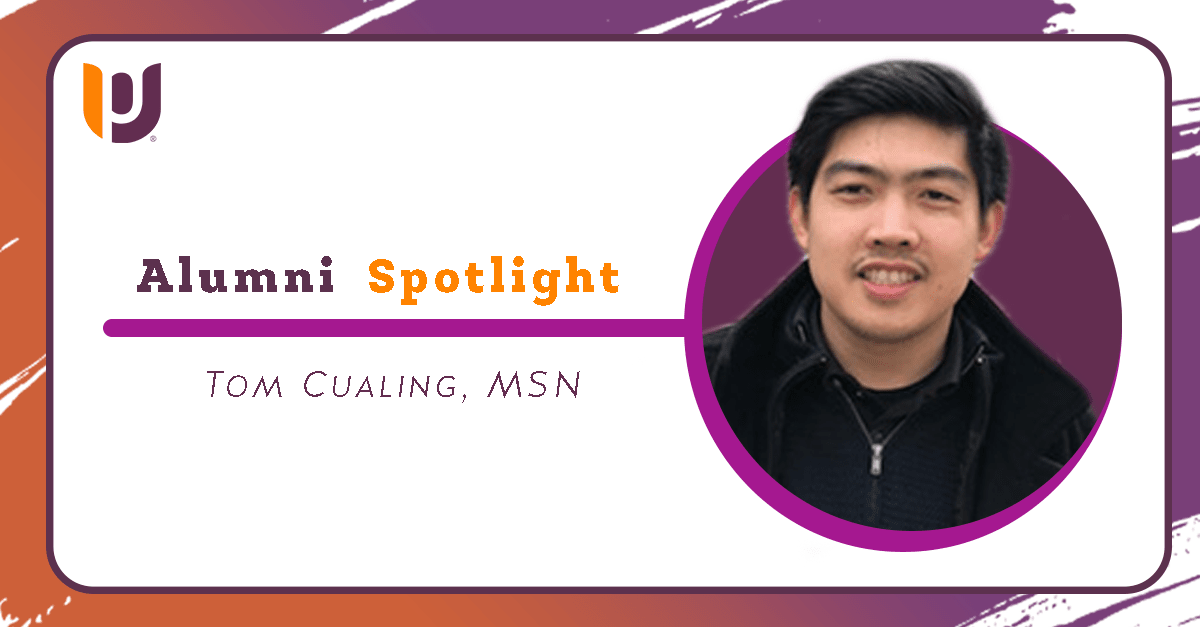 From patient care tech to nurse

Tom’s father was working as a patient care technician and Tom decided to do the same, joining an outpatient hemodialysis center in the Bronx. Once he passed the NCLEX and became licensed, Tom started his nursing career at the same facility. He worked his way up to charge nurse and clinical coordinator.

“Providing patient care gives me a purpose,” says Tom. “I wanted to expand my knowledge after a while and so I went to gain some acute dialysis experience as a per diem at a hospital in 2017.” Tom enjoyed the hospital setting and joined another New York hospital per diem as well in 2019. “What is interesting about working in a hospital setting as an acute dialysis nurse is that you can get to witness the worst situations and use your critical thinking to deliver the proper care to patients in collaboration with other departments of the hospital.”

Time for an MSN

Shortly after joining the hospital setting, Tom decided he wanted to further his education with a master’s degree. “I see a gap between our network and our EHR system that prevents patients from receiving continuous care sometimes,” he says. “I know that I can do more and help more people by specializing as an informatics nurse with renal care experience. And I believe an MSN can help me do that.”

Tom began researching online MSN programs and found American Sentinel University’s MSN Nursing Informatics program. He began the program in April 2019. “The convenience factor has made the whole experience achievable. “With a young family and full-time job, that mattered to me,” he says. “This program is convenient and ideal for busy people like me.”

Since August 2020, Tom has been working as a clinical manager at another outpatient hemodialysis facility. He stepped away from the hospital setting to apply the skills he learned from multiple modalities of dialysis to care for multiple patients a healthcare leader.

When Tom graduates this year, he hopes to move into an informatics role, such as a clinical technical information position. “That role helps nurses work with our system and I feel like I would be a great person to do this since I’ve been an end user for a long time,” he says. “I really enjoy kidney care and I hope to combine it with informatics because I feel like there is a way to integrate the two and make a difference.”

Tom says he has no problem retrenching to make this shift in his career. “I don’t mind learning the fundamentals first, because I’m confident that I can expand from here,” he says. As for being a student, Tom says it has been an excellent investment. “It’s been a growth experience,” he says. “The discussions we have stimulate my intellectual capacity to expand, thus allowing me to provide additional inputs, and I feel like I offer a lot to the conversation. I’m glad I decided to pursue this program.”