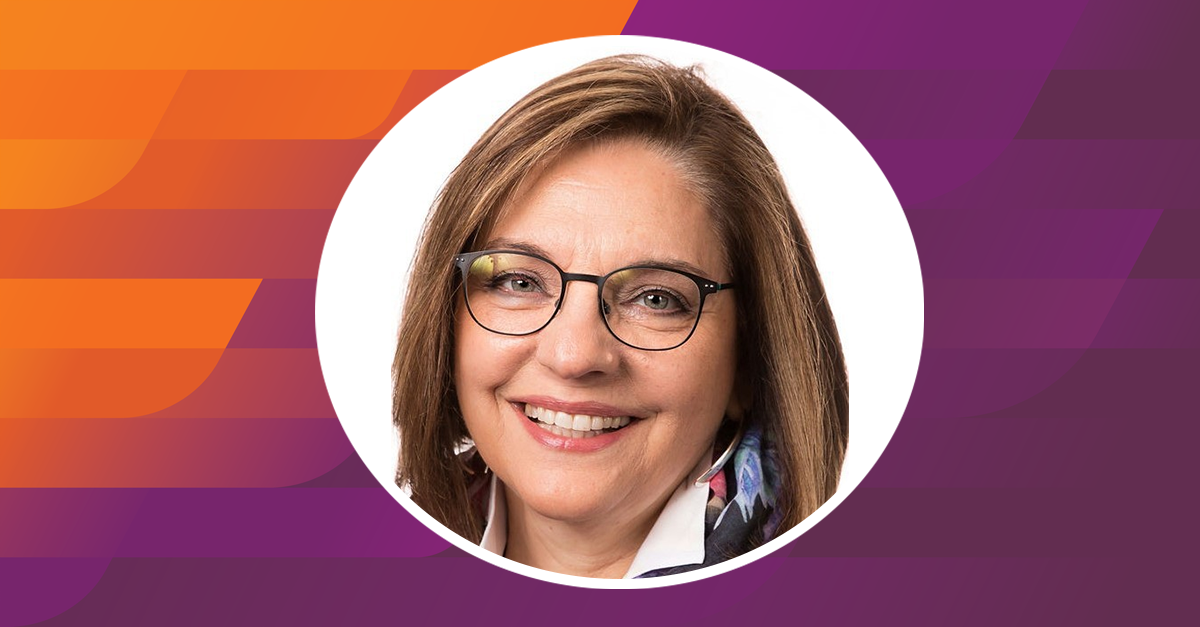 When Vivian Campagna started college, she thought she would become a doctor but decided to pursue nursing instead. She earned a nursing diploma, followed by a Bachelor of Science in Nursing seven years later. “My first love in nursing was the maternity floor, but I, unfortunately, did not get to work there,” says Vivian, a native of Far Rockaway, New York. About 13 years into her career, however, Vivian took a leave of absence to focus on raising her three children. During that time, she worked for her husband’s architectural business.

Later, Vivian returned to the workforce and fell into case management. “I really started to like case management because it gives you the ability to help patients, but in an entirely different way,” she says. After seven years of providing case management services for self-insured employer groups and union groups, as well as other third parties, Vivian moved into hospital case management at St. Clare’s Hospital and Health Center in New York City.

An MSN Along the Way

In 2005, Vivian earned a Master of Science in Nursing in Health Systems Administration at New Jersey university while serving as director of care management and quality assessment at the Mount Sinai Hospital of Queens. That experience planted a seed that continued to grow: a desire for further education.

“For the 10 years after that, I toyed with the idea of going back to school for a doctorate,” says Vivian, whose career continued to take her upward, as she took roles in various hospitals around New York City. From 2010 to 2017, she was vice president of case management at Lutheran Medical Center in Brooklyn.

In 2017, Vivian joined the Commission for Case Manager Certification as its chief industry relations officer. When her husband passed away unexpectedly, Vivian began thinking about a dream she’d had for years: earning a doctorate. “The summer after he passed away, I was at an Association for Nursing Professional Development conference and there were many universities and colleges there sharing more about their doctorate programs,” she says. “American Sentinel was one of them, and it really just felt right. The university checked all the boxes.”

Vivian started her education in 1969, intending to follow a pre-med track—and at the age of 69, she earned her doctorate.

“At my age, I’m not getting this degree to further my career,” she says. “I’m doing it because it is a goal I set for myself and put off for years. But when I was on my own and my children were grown, I had the time. I thought to myself, ‘If I’m going to do this, now is the time.’” Vivian graduated in 2021.

Vivian intends to retire with the Commission for Case Manager Certification. “I love what I do and the organization I work for,” she says. Earning the doctorate, Vivian adds, has fulfilled her passion for lifelong learning. “I have been learning my whole life, and now that I’ve done this DNP, it seems that my thirst for knowledge is even greater! That’s what the Doctor of Nursing Practice Professional Leadership Specialization has done for me. It opened my eyes and sparked more questions. And now it’s like I can share my knowledge with people and help put the best possible case managers into the profession.”

Her one regret is simple. “I should have done it sooner. But, better late than never. This was an important step for me, and I’m very proud that I took it. I’m excited about the future possibilities.”