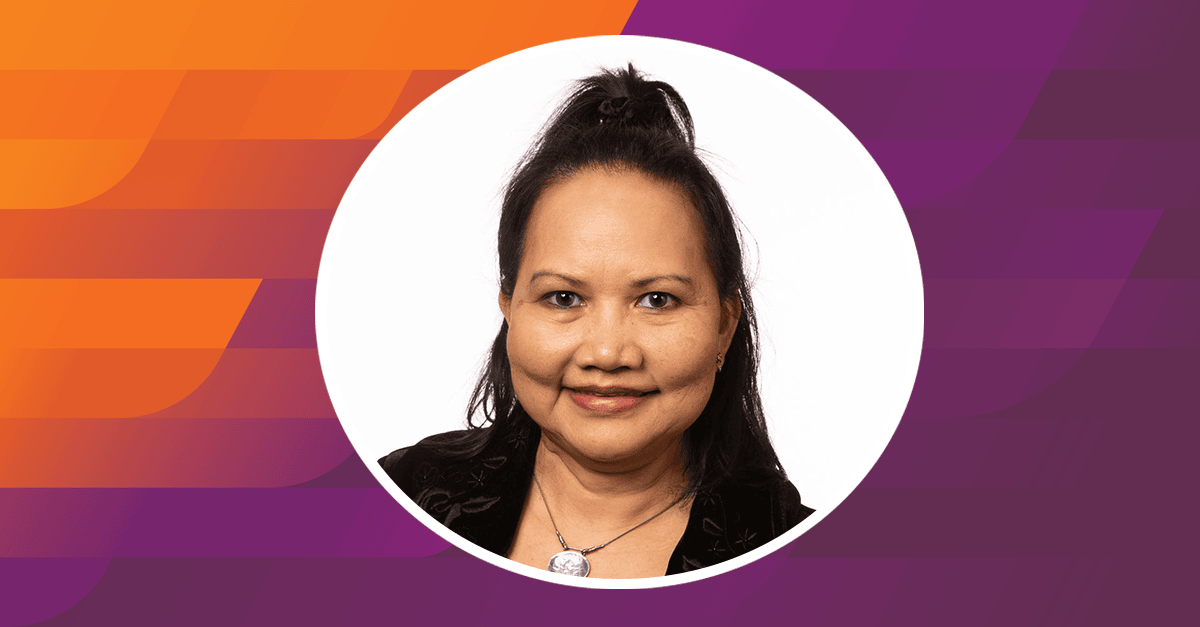 Since she came to the United States from the Philippines and started her nursing career, Lane Meltzer has consistently pursued her goal to better herself through education.

That educational journey began at the University of the East in the Philippines, where Lane earned a bachelor’s degree in biological sciences. “I taught biology and astronomy for several years in the Philippines at a secondary school,” she says. “That’s really where the seed was planted: I always enjoyed education.”

A Move to the United States

Lane decided to pursue nursing when she arrived in Pennsylvania, earning a nursing diploma in Philadelphia in 1993. She worked for six years at Integrated Health Services of Plymouth (now Aristacare Meadow Springs) before accepting a job at Holy Redeemer Hospital in Meadowbrook, Pennsylvania, part of the Redeemer Health system. She’s still there today, having worked most of her entire 23-year tenure in the rehabilitation unit.

In 2016, Lane learned of an opening for an adjunct clinical instructor at Montgomery County Community College a few miles from her home. “I applied totally on a whim, but teaching was something I enjoyed years ago and knew I would again,” she says. To her delight, she was hired and has been teaching clinicals to first- and second-year nursing students every semester since.

“Being at the bedside is my passion, and I teach my students the way I feel nursing should be taught,” says Lane. “I draw on all the skills I have learned as a nurse and combine that with nursing theory to help new nurses become the best they can be.”

Lane’s love of learning led her back to the classroom once again in 2018. “My employer has a generous tuition reimbursement policy and they are so supportive of education that I started thinking not long after my MSN about continuing on for a doctoral degree,” she says. Although not a requirement of either her nursing position or her clinical instructor position, Lane knows that a doctorate will benefit her no matter what.

“I really enjoy learning and figure this will be valuable to me, no matter what I do in the future,” she says. As for where to go, Lane didn’t look far. “American Sentinel was where I wanted to go, no question. I met so many wonderful advisors and instructors there. I liked the look of the program itself.”

A Positive Experience Through a Tumultuous Time

Halfway through her program, the coronavirus pandemic hit, and Lane’s life as a nurse became chaotic. Through the chaos, she came up with a great capstone project topic: The Impact of Virtual Simulation on Newly Hired Registered Nurses; Level of Perceived Clinical Judgment. “I was already formulating a topic around new nurses, but when we were all affected by the restrictions arising from the pandemic, this just really fit what I was facing as a student and an instructor,” she says.

Despite the challenges and setbacks, Lane officially became Dr. Meltzer in summer 2022. “It feels surreal,” she says. As for the next chapter, she’s openminded and excited. “I really enjoy what I do now, but when an opportunity comes up, I’ll be ready.”