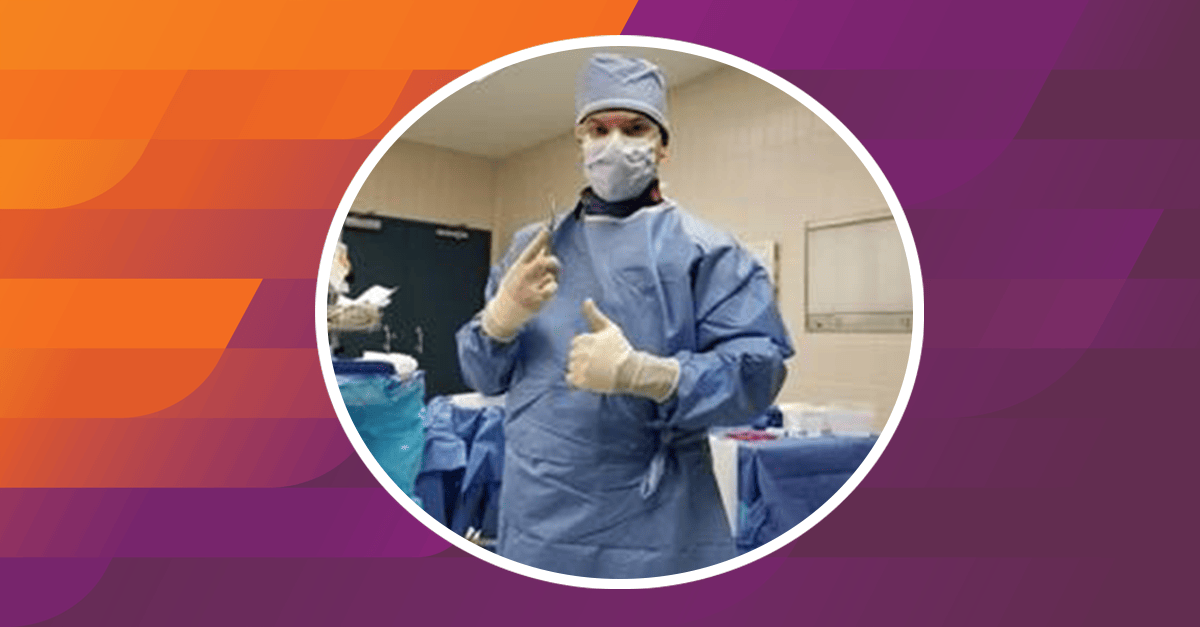 Recruiting to the Military

When Aibar met an Army recruiter in 2002, he was immediately intrigued by the benefits of the Army Medical Enlisted Commissioning Program, which would allow him to quickly move through the ranks and obtain his nursing degree at the same time. He earned the BSN from Inter American University of San Juan in 2008 and became a medical-surgical nurse in multi-service/oncology unit of a tertiary acute care facility in Eisenhower Fort Gordon, Georgia. His military service took him to a military hospital in Afghanistan.

Once he was back in the U.S., Aibar completed a perioperative nursing course through the Army and moved into that area of nursing. He’s worked in operating rooms at both Fort Gordon and Fort Sam Houston, Texas. In 2014, Aibar joined the Veterans Administration Medical Center in Augusta, Georgia, as a perioperative nurse—where he works still there today.

Inspired to Further His Education

In 2018, Aibar started feeling the itch to further his education and knowledge with an MSN degree. “It was a personal goal, of course, and it was also about wanting to give the best care I can to my patients,” he says. “Education helps you further your knowledge to be a better provider.”

A colleague of Aibar’s at the VA Medical Center told him about the school she was attending for her BSN, American Sentinel College of Nursing and Health Sciences. “I looked at the program for myself and liked the eight-week courses and the flexibility,” he says. To lay the foundation for his next career steps, Aibar chose the MSN Case Management. “I’d love to work with soldiers or veterans and their families in that capacity, and I’ll want to do that as a civilian employee too when I retire from the Army. Case managers can have such a big impact.”

Aibar graduated with the MSN Case Management from American Sentinel in early 2021. Juggling school, work and fatherhood was no small challenge, but he says his student success advisors made it easier. As he was finishing his last course, Aibar lost his youngest son at the age of 21. “I have no words to describe that, but I decided to push through and finish, being so close to the end,” he says. “I know he would have wanted me to.”

Aibar is ready to take whatever opportunity comes his way next. “I have friends who are interested in pursuing the MSN and I tell them they should look at American Sentinel,” she says. “I had a great experience and if I ever decided to pursue another nursing degree, I would definitely attend American Sentinel again.”