Post University alumni, Ross Earnshaw, competed in the final qualifying stage for The British Open on Tuesday, July 3. Though he did not make it as far as he hoped, Earnshaw stays positive for the years to come. 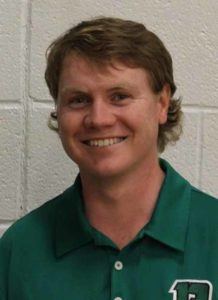 Challenged with powerful winds off the coast of the Irish Sea, Earnshaw couldn’t quite get his swing down.  The grounds were firmer than he was used to, causing the ball to run out more than he expected.  However, Earnshaw said, “Final Open qualifying was brilliant with regards to the event itself and the atmosphere surrounding it. I learned a lot from being there and what I need to work on to improve.” He stays optimistic about qualifying for The Open in the future.

“Post was brilliant, especially Coach Sokol.  I can’t praise or thank him enough for all he did for me at Post and especially all he did after college.  We communicate pretty much daily, and his advice has been invaluable both on and off the course,” says Earnshaw.

“It is always a good feeling to see players that you’ve had the opportunity to coach, succeed.  We develop very close relationships,” says Coach Sokol.