Post Alumna, Sylvia Yanez-Carlson, published her first book in May of this year! Yanez-Carlson graduated with a bachelor’s degree in psychology in 2017 and played on the women’s soccer team as a forward all four years at Post. Yanez-Carlson now works at a group home for Department of Children and Families in Prospect, CT as a behavioral technician, while doing a lot of writing in her downtime. It took her about three years to write it, getting a lot more writing done once soccer was out of the picture. Though she misses playing, she thoroughly enjoys getting the chance to write more often. 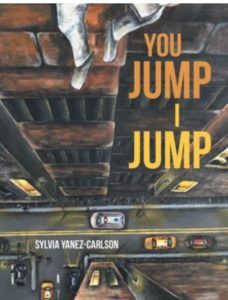 Yanez-Carlson’s debut novel, You Jump, I Jump, is a fictional story based on real life events that her friends had gone through. Yanez-Carlson realized she wanted to write a book when she was a freshman at Post but didn’t begin writing until her junior year. Originally, she wanted to write a romance novel or a similar genre, but one of her good friends, Anthony Meizies, told her she should write something more meaningful. Yanez-Carlson, who lost nine friends as a result of suicide, drunk driving, or overdose, decided to take her friend’s advice. Sadly and unexpectedly, in 2016, Meizies wound up becoming the tenth friend she lost to an overdose. It was then she decided to write a book to honor his wishes as well as the stories of those she lost.

“It was very hard to write, but it felt good not to forget,” says Yanez-Carlson. It’s important for people to be aware and not turn a blind eye. Everyone is scared to talk about it…but we have to.” 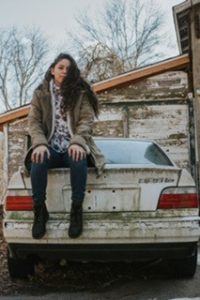 Within her book, Yanez-Carlson wrote from two different perspectives, allowing the reader a chance to see behind the eyes of someone struggling versus what those saw on the outside. “You never know what is really going on in someone’s head. People can appear to be living the “perfect life” on the outside, but hurting on the inside,” said Yanez-Carlson. She wants her audience to be aware that things aren’t always as they appear.

Yanez-Carlson included underlying lessons that she has learned while growing up within her book. “This book would be really good for high schoolers and teenagers; they can learn these lessons that I did growing up hopefully without having to experience them firsthand.”

Some of those who have read You Jump, I jump, have asked Yanez-Carlson when they should expect her sequel, which totally took her by surprise. “I didn’t realize I ended the book with a cliff hanger; I thought it was just the end of the story. I didn’t intend to continue it with another book,” she said.  Though after hearing such feedback, Yanez-Carlson said she just may continue it. She does plan to continue writing more books, but Yanez-Carlson is unsure what direction to take her next one. Possibly a sequel, possibly a love story…but we can definitely expect to see another book of hers in the future.

The book is available for purchase online from Barnes and Noble.