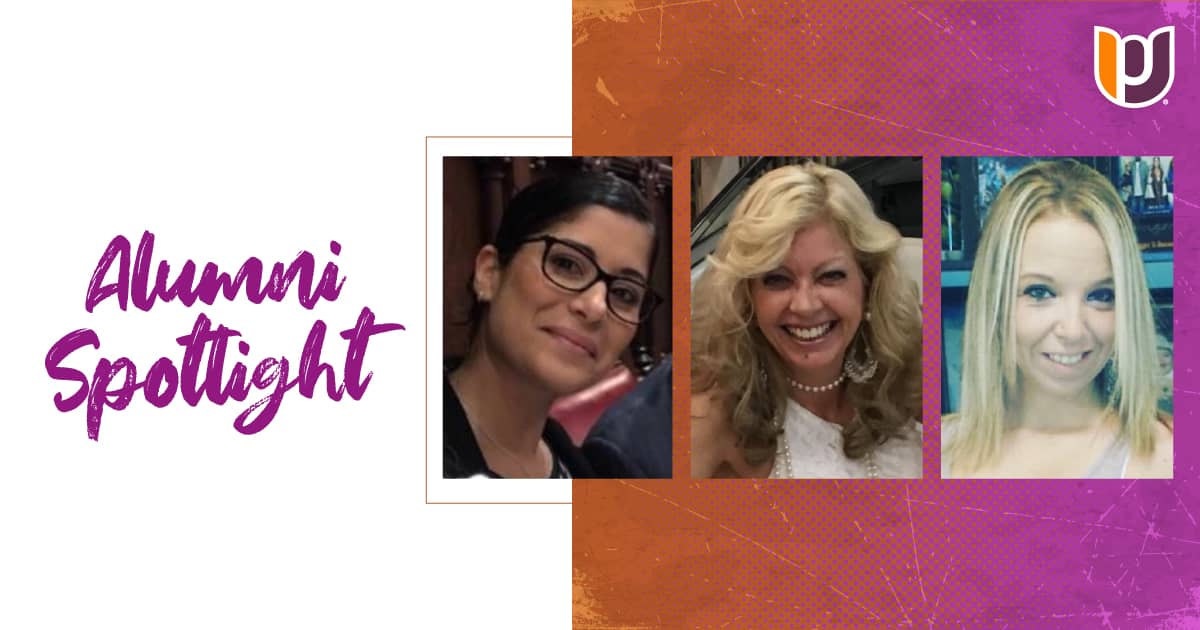 Amidst the fear, trauma, and urgency for isolation during the beginning months of the COVID-19 pandemic, three Post University alumni fought to continue providing help to those who needed it most. Waterbury’s Hospitality Center for Human Development (CHD) re-opened at the height of the pandemic so those without homes had a place to shower, eat and receive support.

CHD is a nonprofit organization that is funded by the Department of Mental Health and Addiction Services and the City of Waterbury via Community Development Block Grant (CDBG) funding. The Hospitality Center also relies on donations, which can be financial or in the form of items such as prepackaged food or shampoo. During CHD’s re-opening phase last fall, The Waterbury Board of Aldermen awarded the Hospitality Center a grant of $400,900 to support their services.

1992 Post Alumna Chera Simpson, who is a Volunteer and Donor at CHD, knew how imperative it was to follow safety protocols, so she put the responsibility upon herself to ensure a safe environment.  She kept the place open, wiped every single item of packaged food down before displaying it for anyone to consume, and spent countless hours making sure it was a COVID-safe environment.

Simpson earned her bachelor’s degree in business administration and management when the university was Teikyo Post. Simpson’s personal life journey, while poignant and arduous, is one for which she shares developing such a strong passion to help others.

While Simpson was pursuing her degree at Post, she was diagnosed with a very rare disease, being kept alive by total parental nutrition (TPN), which was fed through tubing for 12 hours each night. Simpson had a million-dollar cap on her medical insurance policy that had been met while she continued to undergo one surgery after another on intestinal resections, liver repair, thyroid, gallbladder, central line placements, and more.

“I have had so many surgeries, I lost count long ago. Unfortunately, despite my wanting to work, I was forced to take disability, spend down every dime I had, cash in my pension fund and basically sell my soul while waiting two years for Medicare to kick in. I did not make this choice; the system made this choice for me,” said Simpson.

In addition to her personal struggles, Simpson also has a brother with severe mental health issues and grew up with a father who did as well.

“Their brains don’t allow them to do what they want to do,” said Simpson.

While most people could easily lose every ounce of will left inside when faced with so much physical, mental, and emotional pain, Simpson did the opposite. She fought for Medicaid for the Employed Disabled and it passed. However, as Simpson shares, this law remains unknown to many who need it.

“Chera always wants to drop what she is doing to help others,” said State Representative Ron Napoli. “I have never seen that level of philanthropy up close and in person.”

Napoli has seen Simpson’s efforts up close for years, ever since she approached him in search of a place for disabled individuals to access water sports. Napoli often seeks support from Simpson regarding questions from constituents who are elderly or disabled to ensure they receive the proper assistance.

Simpson’s entire story did not only increase her desire to help others, but it enables her to truly understand and feel empathetic towards these individuals. Each person has a story to tell, and as Simpson asserts, “It’s not what you think.”

While walking through the hospitality center, Simpson divulged stories of how some individuals ended up homeless, from those willing to share. These stories had nothing to do with the perception of laziness or money-begging criminals as society has so deemed the homeless, but rather of individuals who, despite fighting day in and day out, became unable to afford a home.

One such example is a Lithuanian woman who came to America over 40 years ago and married an older man. She was not an American citizen, so when her husband passed away, she was lost and unfamiliar with the laws. Shortly after, her home was destroyed in a fire and all her paperwork was gone. She makes her money cutting lawns and doing work outside, but she sends the majority of the money she earns to her disabled sister in Lithuania so she can remain in a care facility. She has been providing for her sister for many years, leaving herself with very little.

While walking through the center, the homeless individuals were smiling, grateful, and more than willing to talk and introduce themselves.

“This is their safe place,” said Nicole DeLaRosa, who is the Assistant Program Director at the Waterbury Hospitality Center, as well as for the Danbury-Torrington-Waterbury PILOTS program (other hospitality centers throughout CT).

“I worked for many years with early learners and eventually began gravitating toward parents to get a better understanding of the children’s environment and experiences. Ultimately, I made the decision at that point to pursue a different career path that could allow me to help various populations experiencing adverse life experiences,” said DeLaRosa.

Post Alumna Belinda Arce-Lopez received her bachelor’s degree in human services with a minor in psychology in 2005. She is the Program Director for CHD, which runs and oversees the Hospitality Center.

Lopez’s passion for helping others derived from her experiences growing up, moving from Puerto Rico to the United States when she was eight years old. Lopez lived with her mom, two sisters, and uncle in a one-bedroom apartment.

“Although we had very little, and my mom was working hard to make this transition work, she always made the time to help and teach us that no matter how uncomfortable our living conditions were, we had a place to live while there were others that didn’t have anything.  This is how my motivation to help others was born.”

These three altruistic Post alumni have gone above and beyond, working extra hours during the pandemic; they put their own health and well-being at risk to help those less fortunate.

Once the COVID-19 vaccine was released and distribution to 65+ were eligible, Simpson focused on getting the elderly appointments for their vaccine. Homeless individuals did not have access to schedule their own appointments and many of the elderly were deaf, so Simpson communicated with them through a sign language app to get them registered.

“I just wanted to save as many as I could. I’m not going to lie and say there weren’t times where I wasn’t afraid, because if I got sick with my health issues, I wouldn’t have had any chances. But, at the same time, you can’t just be a coward and walk away when you know you can help. It’s about doing the right thing. I couldn’t live with myself if I didn’t do what I did. It wasn’t like I could go to bed and not care – that’s not my heart.”

“The world could really use more people with a heart like Chera’s,” said Napoli.