When Nora Eyle set out to earn her Master of Public Administration degree from Post in 2014, she was seeking to learn non-profit business management skills. What she discovered leading up to her graduation earlier this month, in addition to those skills, was her ability and desire to own a business of her own.

As a member of the United States Air Force during Operation Enduring Freedom, Eyle worked in numerous positions across the globe, including leading the public relations efforts at Bagram Air Force Base in Afghanistan and working as the Deputy of Public Affairs at Osan Air Base in the Republic of Korea. 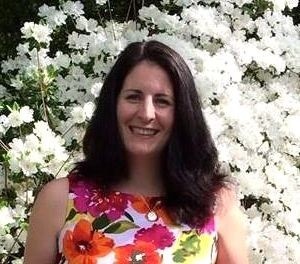 After several years abroad, Eyle, an Idaho resident and mother of three, was ready to become a full-time online student and build on her work and educational experience, which included previous undergraduate and graduate degrees.

With a wealth of public administration knowledge, and an interest in business, Eyle chose a program she felt was a perfect combination of the two.

“What attracted me to Post’s MPA program was the incorporation of both public sector studies and business courses,” she said. “The program was well rounded and offered a wide range of disciplines, which opened my eyes to many other potential opportunities.”

That goal will be realized in just over six months, when Eyle plans to launch her own soap company out of Mountain Home, Idaho.

“I will spend the remainder of 2016 establishing an LLC, perfecting my soap recipes, and reaching out to suppliers, wholesalers, and potential customers. Then, I’m happy to say, 2017 will be the company’s inaugural year.”

Eyle says her education at Post helped her realize her business ownership goal, and just like her goal of earning a degree, she plans to tackle it head on.

“Earning my MPA degree was not easy,” she said. “However, I was committed to my goal, and I earned this degree, no one gave it to me. I will take the same approach with my company.”