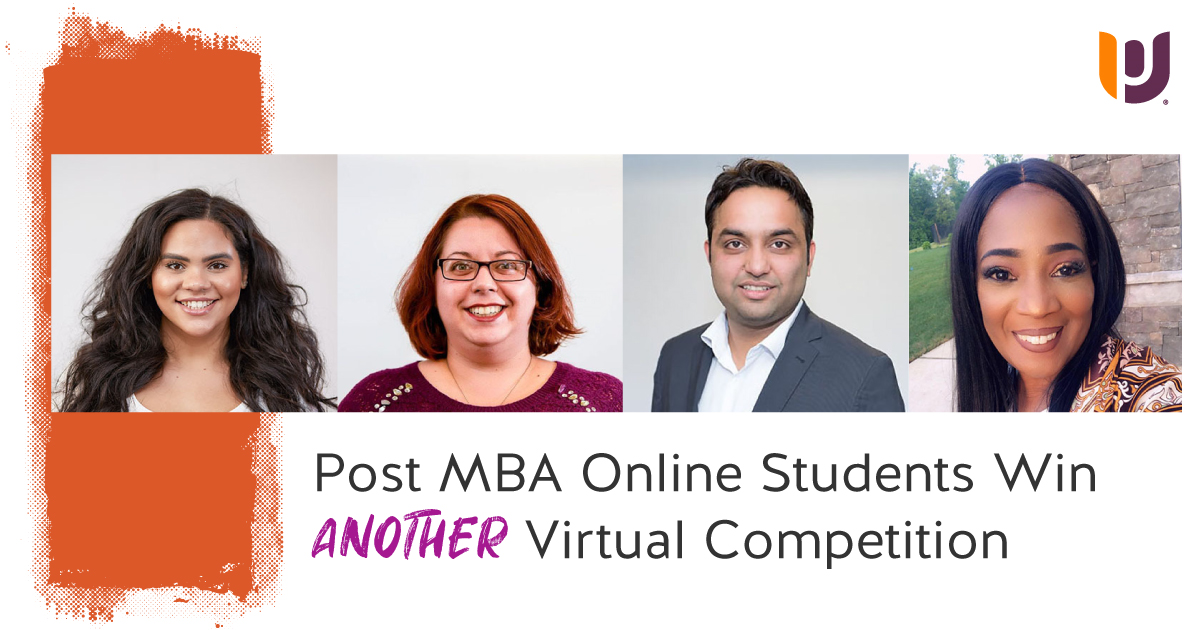 “If I were to boil it down, the two consecutive wins were all possible because of the skillset of the team, key collaboration tools, and preparedness from the MBA courses,” said team member Stephanie Caban.

Initially, this spring competition was scheduled to take place in Dallas, TX before the COVID-19 pandemic began.  Fortunately, the organizers were able to create a virtual competition in which these four MBA students were excited to take part. This competition required each team to design an executive memo and presentation for Coinsource, the world’s largest leader in Bitcoin ATM’s.  Each team had to present a business plan that would allow Coinsource to expand from its current B2C (business to consumer) company to a B2B (business to business) company.

The project was assigned during a kickoff meeting on Feb 28, and the teams were given until March 28 to submit their presentations. Post team members volunteered to participate in this competition in addition to the MBA courses they were each taking, whereas the competitors from other schools were participating as a part of their classes.

“It’s incredible to experience how people from different backgrounds see the same things differently and being able to learn from that,” said Singh.

Each team virtually presented to a panel of judges on April 1 with a ten-minute presentation followed by ten minutes of questions and answers.   The following day, all of the presentations were posted online, and the undergraduate and graduate winners were announced.

“All in all, this business case competition provided the best experiential learning experience. The opportunity to present a deliverable created in a relatively short period of time in front of a panel of industry experts was exhilarating. We faced strong competition and came out on top (twice)! I’m truly appreciative for this experience with my peers,” said Caban.

Hunt plans on forming a new team for the next set of competitions. “They have big shoes to fill!” she says.