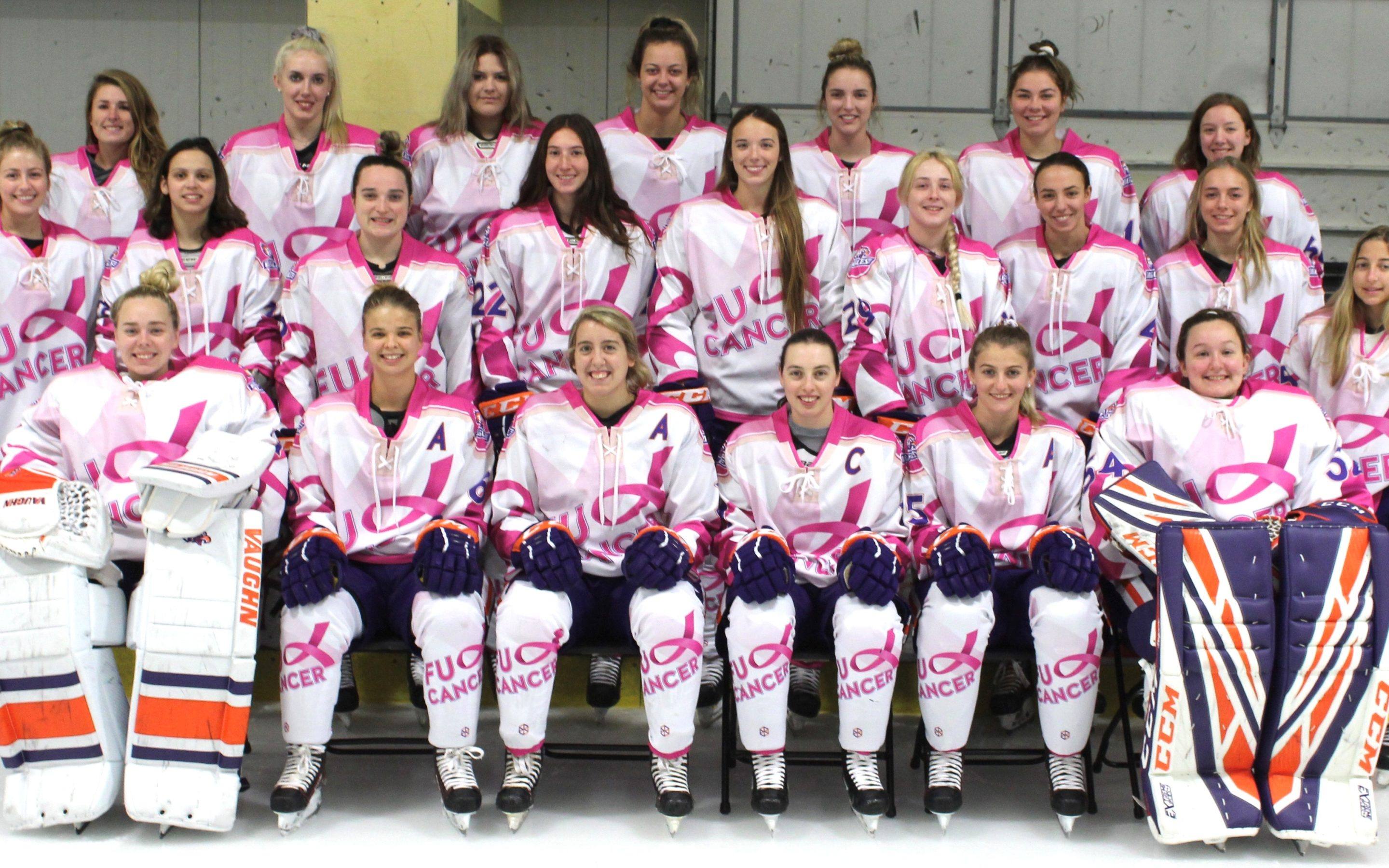 On October 23, the Post Women’s Hockey team held their annual Breast Cancer Awareness Month game to honor family and friends impacted by the disease. The tradition serves as an opportunity for the student-athletes to raise awareness and funds for breast cancer research and prevention. This year, the team raised over $1000, which was donated to several organizations in the United States and Canada dedicated to finding a cure for the disease and supporting the more than 250,000 US women who are affected annually. 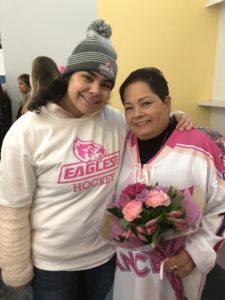 For Paige Dundas, a junior biology major and assistant team captain, this year’s game was personal. “My mother, Rhona, recently lost her battle to breast cancer,” she shared. Diagnosed in 2017, Rhona battled the disease with stubbornness and perseverance.

“One in eight women will be diagnosed with breast cancer in their life, for that reason we feel as though all women should be aware of the signs of breast cancer, and this led us to conduct this fundraiser,” Dundas said.

Before the game, Doreen Lopez, mother of senior Psychology major and former player, Alana Lopez, dropped the ceremonial first puck. Doreen was diagnosed with stage-three breast cancer in 2018. Despite her diagnosis, Doreen has kept a positive attitude and received some great news. 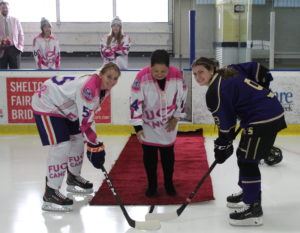 “She has recently just finished radiation and is on her way to a successful recovery,” Dundas happily reports.

As part of the fundraising efforts, the team purchased special jerseys worn during the game. The game-worn jerseys were just some of the many prizes that were part of a silent auction held during the match. Members of the Post Softball team supported the cause by volunteering their time to sell special hats and t-shirts created for the event as well as run the silent auction.

The game was a good one, too. Both the Post Eagles and Saint Michael’s Purple Knights played with tenacity and the score was tied through the start of the third period. With a little more than 12 minutes left on the clock, freshman Sport Management major Jenna Abeyta scored the game-winning goal for the Eagles, with the final score 3-to-2.

For Kendall Fitzgerald, a senior biology major and team captain, winning this game was really special.

“It’s great to win, but we were playing for a lot more than just our team in that game, so it was great to come away with the ‘W,’ Fitzgerald beamed.