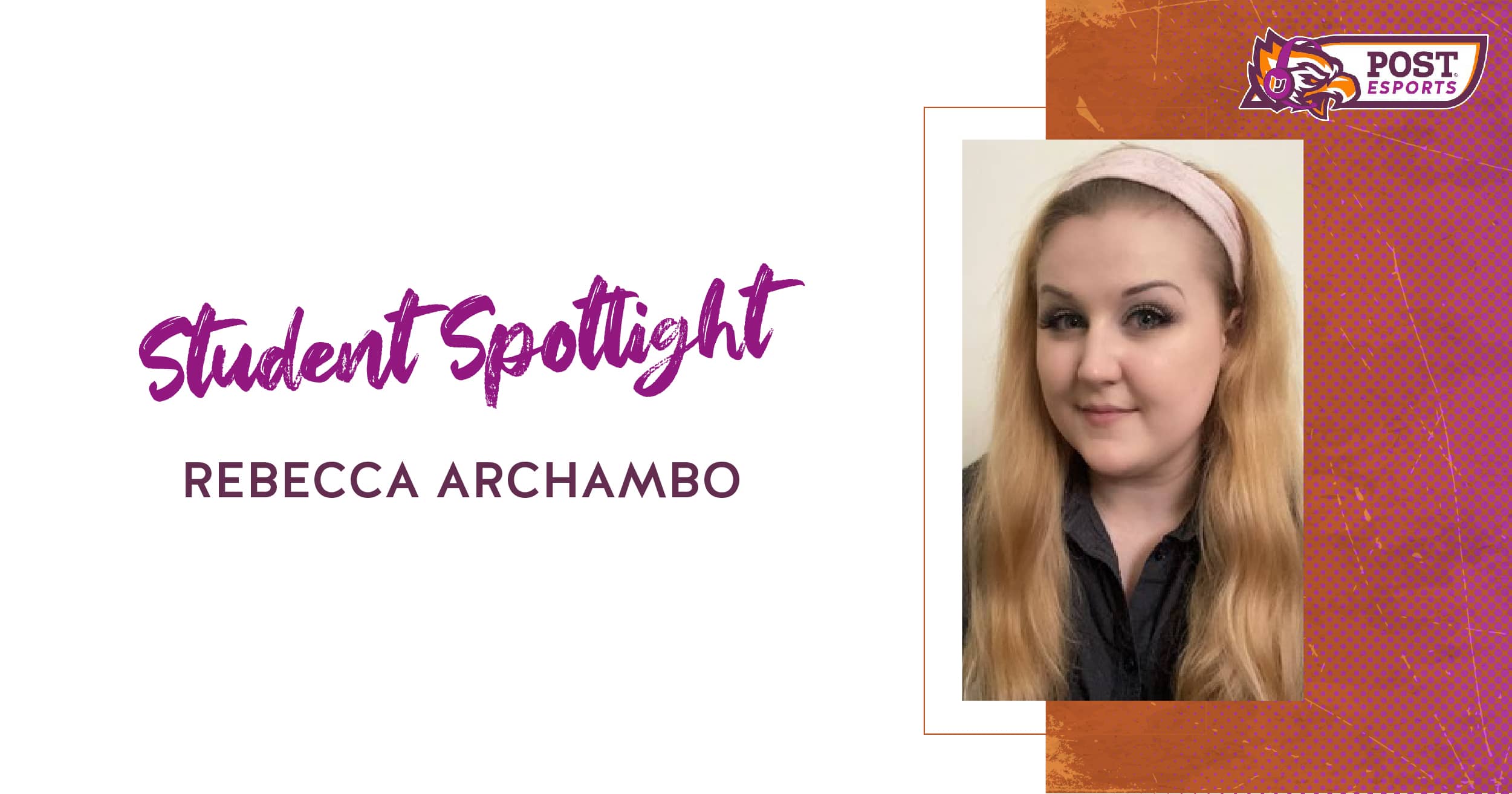 “There are real-world skills that are needed and learned through playing Rocket League – trust, communication, and the ability to keep trying after failing. The team will not succeed without trust and communication; it helps keep the game flowing and helps maintain a fast pace without interruptions. The most important skill, though, is not giving up. The game has one of the steepest learning curves that I’ve ever experienced while playing a game,” said Archambo.

She always had a love for gaming, playing with friends, or streaming on occasion. Archambo never thought she would play for an actual team until she saw the Blackboard notification under her “Announcements” section which read – “Do you love gaming?”

“I was intrigued and investigated further. I noticed that one of my all-time favorite games was on the list, so I decided to try out for the team,” she said.

Though she went in with no expectations, Archambo excelled. She became team captain and led the team to the Eastern College Athletic Conference playoffs. The team was 3-3 in their regular season, going into the playoffs ranked 27 out of 74 teams.

Though the team lost to the East Coast Polytechnic Institute (ECPI) Rams in round 32, they put up a hard fight. “I couldn’t be more proud of my team,” said Esports Coordinator Jonathan Martin. “They played great and have improved so much since the beginning of the season. We are going to continue practicing through break and come back stronger than ever for the spring.”

“Our coach worked so hard to create the best experience possible for us,” said Archambo. “He paid attention to every little detail, took everybody’s schedule into consideration, and he even went as far as learning a completely new game in order to understand the terminology that we were using. The program felt like it ran so smoothly. I have met some amazing people through esports, and I am truly thankful.”

In the Spring 2021 season, Post University Esports will be fielding teams to compete in the following games: League of Legends, Rocket League, Smash Bros Ultimate, Valorant, and Overwatch. Students interested in trying out for one or more of our teams should reach out to Coach Denny through email or through the discord server link.

Tryouts will be held in January and ECAC matches begin the first week of February.