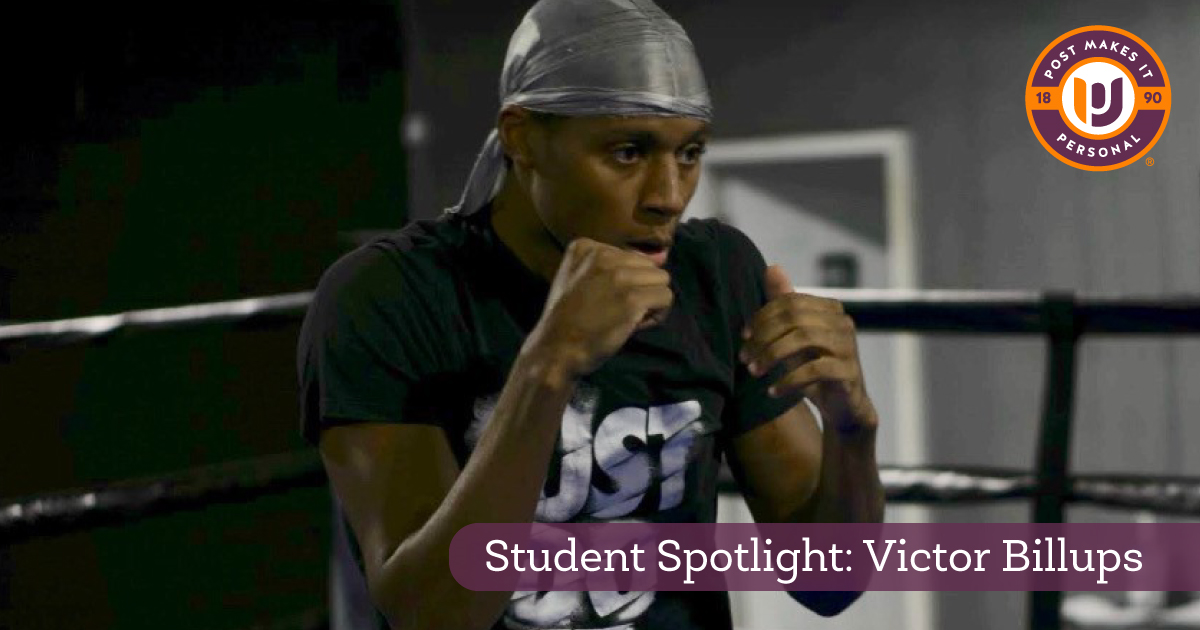 Billups grew up playing a range of sports. His athleticism was evident in the water, on the court, on a field…and now in the ring.  While basketball led him to the University’s men’s basketball team – “it was boxing that came and swooped me off my feet,” said Billups. He chose to follow his passion and pursue boxing.

Billups always idolized his uncle, Chad Dawson, who is a professional boxer. Dawson was one of the most highly regarded boxers from 2006-2013, winning multiple light heavyweight world championships. Dawson currently owns his own gym in North Haven, CT called Chad Dawson’s Champion Breed Boxing Gym, where Billups does half of his training.

“In my journey in the sport of boxing,  I feel like I’m chasing his ghost (his uncle). His legacy is embedded in boxing. I want to exceed his limits and be recognized as he was,” said Billups.

It was only a little over a year ago that Billups began boxing. Within this short time frame, Billups trained seven days a week and was ready for his first amateur fight last June. He competed in the Summer Sizzler in Danbury, CT and won in a technical knockout. “This fight woke me up – it really introduced me to the boxing world,” said Billups.

Billups found his passion in boxing and foresees a future in it. While he aspires to be successful like his uncle, he plans to write his own story.

“I will be my own fighter. I will make my own legacy.”