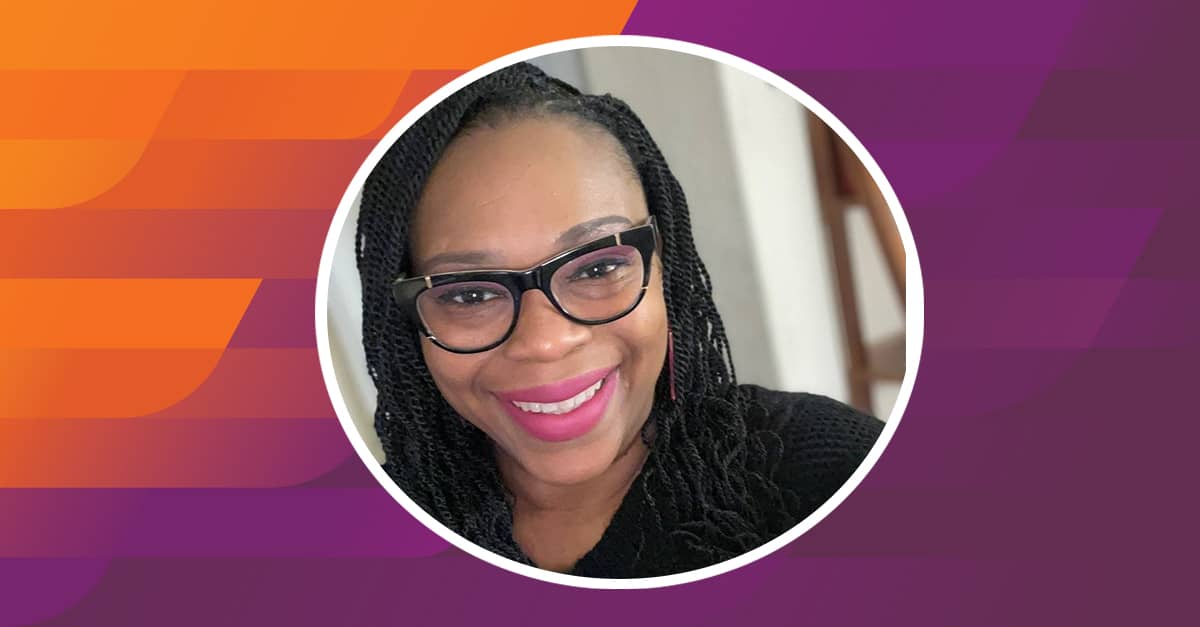 For many years, Debra Tollett was a hairstylist in her hometown of San Antonio, Texas, before she decided to totally switch gears—into nursing.

“As a young girl, I always thought about becoming a nurse one day, but I became a mother at the age of 15,” says Debra. Her high school had a teen parent program that helped students graduate with the credentials to begin a career, and Debra went into cosmetology. “I loved it, and so I started that career at 15 and did it until my 30s.”

A Good Influence on Her Own Children

Debra says her “ah-hah” moment came when she was at work and thinking about her own children and how she wanted them to go to college. “I knew it would be hard to support them in that on my salary,” she says. “I thought I should be a good influence too, so I went to our local community college and ended up enrolling in the Medical Assistant program followed by the Licensed Vocational Nurse program. In 2013, she started her healthcare career as an LVN for a long-term rehabilitation facility.

Soon, Debra was back in school pursuing the Associate of Applied Science in Nursing. That led her to start her nursing career in hospice care, both as a nurse and a case manager. Since 2017, she has worked at Homecare Dimensions, a home health company in Texas and Florida. She is a case manager. “I absolutely love it,” she says. “My ‘why’ is that I love helping people, and I get to do that every day.”

In 2018, Debra had a realization. “I really wanted to make myself more marketable and grow as a person and a case manager,” she says. “I was reading about more and more hospitals moving toward Magnet status and it made me think a lot about that and my future.”

She began researching RN to BSN programs online and found American Sentinel College of Nursing and Health Sciences. “American Sentinel popped up and I liked that it was affordable and that the admissions representatives were so communicative and friendly,” she says. She applied and planned to begin her first class, but her husband became sick. For the time being, Debra set school aside to focus on her family.

For almost two years, American Sentinel’s advisors stayed in touch with Debra, which meant a lot to her. “They kept checking in on me, and I really felt like a student before I was really a student,” she says. “I made the decision during that time that this was definitely the school for me.”

When she was ready to start in 2020, Debra made one phone call: to her advisor, January, at American Sentinel. “From the beginning, it has been a very positive experience,” she says. “My husband has been in and out of the hospital and life has brought challenging circumstances. But I have learned to push through those things and stay focused.”

Achieving Her Goal, Setting New Ones

In March 2022, Debra completed the BSN Powered by SIMPath® program. She often found herself doing homework on the go or at the same time as her grandchildren—she now has 16. “I’m proud of myself for being a dedicated student to ultimately be successful,” she says. “American Sentinel has been awesome and the support has been amazing.”

She’s had such a good experience, in fact, that Debra plans to return to American Sentinel for an MSN Family Nurse Practitioner after taking a break. She would love to start a mobile clinic that treats patients who struggle to leave their homes, a problem she’s observed in her area. Reflecting on her life, Debra never imagined she would have a bachelor’s degree, let alone be thinking about a master’s degree. “I am someone who didn’t attend school past the ninth grade, and now I’m thinking about the MSN. I know that anything is possible. If the MSN is meant to happen for me, it will happen.”