The Finance of Terror: Recognizing and derailing the terrorist gravy train

“The cost-benefit ratio is against us!”  Our cost is billions against the terrorists’ costs of millions.”

Where does the money come from?

Terrorists utilize a variety of means to fund their operations.  Money may be derived from legitimate sources (e.g. business operations or private donations) and/or criminal activity (e.g. fraud schemes, drug trafficking, and other criminal acts).  Surprisingly, terrorist operations do not require large amounts of money to achieve their end goals of inflicting mass casualties/damage and generating widespread fear.  As evidenced below, the direct costs to finance terrorist attacks are frequently very low compared to the devastation they inflict. 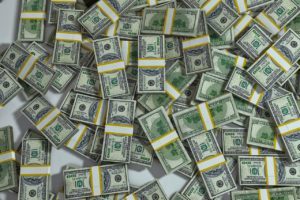 What is done with the money?

In addition to carrying out attacks, terrorist organizations need funds to advance their militant beliefs and to recruit and pay members and their families. Funding is also needed to arrange travel, train members, forge documents, pay bribes, acquire weapons, and other logistical expenses.

How is the money “legitimatized?”

It is estimated that approximately $2 – $3 trillion is laundered annually.  Terrorist organizations use money laundering as a means to hide the true source of money obtained through criminal activity.  The three typical stages of money laundering are- placement of the illegal funds into the financial system; layering the transactions to conceal the audit trail and the actual source of the illegal funds; and integration of the now laundered proceeds into the economy under a shroud of legitimacy.

Hawala is another process in which terrorists launder funds to finance their activities.  Hawala is an ancient system that operates outside of “traditional” banking controls.  Typically negotiable instruments are not used, and the transfer of money is based upon communication within the network of hawala dealers.  Certain businesses have a higher likelihood of engaging in hawala, such as, importers/exporters.   Many controls have been put into place to counter illegal money movement within traditional financial institutions.  However, hawala presents significant challenges to detect due to limited, non-existent or bogus records.

What is being done?

A number of measures have been put into place to counter money laundering.  Part II will identify the resources available to identify suspicious transactions and disrupt the terrorist funding process.

John Albanese is an Associate Faculty member of the Emergency Management and Homeland Security Program at Post University.  John is a retired Connecticut State Police Lieutenant, currently managing the Special Investigations Unit for a Fortune 200 Financial Services Company.  He has over 23 years of public safety, emergency management, and fraud investigation experience.