The “Ghosts” of Christmas-Time 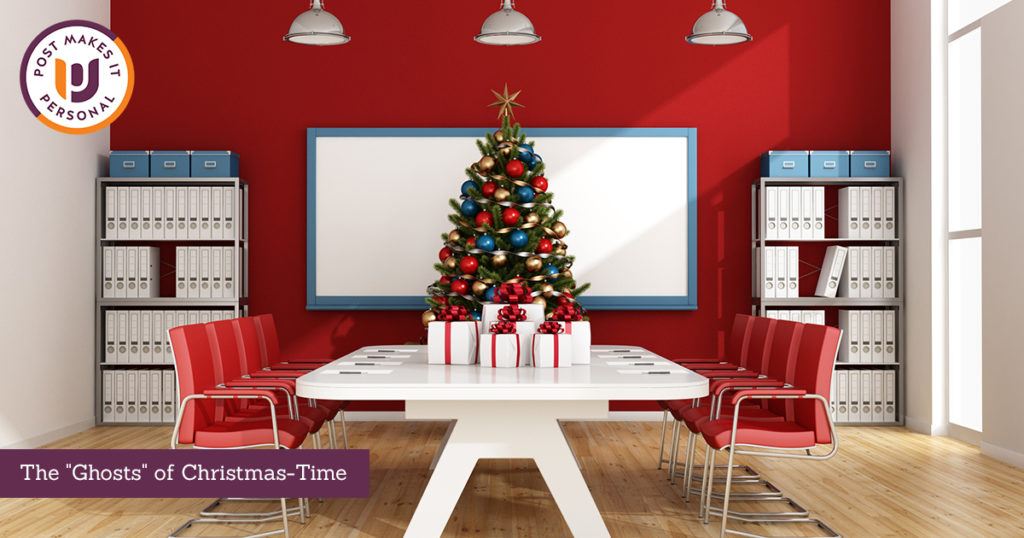 Since 1801, the London Stock Exchange’s motto became “My Word Is My Bond.” meaning that if someone’s word is their bond, they always keep a promise. Major business dealings were done on the verbal promise between parties and were “sealed” with a handshake.

Today is a different day and a different time. Relatively recently, a new term has entered our vocabulary to describe, ‘walking away’ from a situation, most often without notice given. I’m referring to the term “ghosting.”

We are encountering ghosting in many areas now. When we accept an invitation to a holiday dinner party but, without explanation, do not show up, that’s a form of “ghosting.” When we tell others that we’ll be there for their holiday festivities and don’t show, we are ”ghosting.” It is likely that each of us have been both the “ghost” and been on the receiving end of someone who has “ghosted” us.

Ghosting is more than a social phenomenon. Our classrooms are often filled with a ghostly presence of students who do not come to class; who promise assignments that never come; who commit to team projects with fellow students but never are there to contribute.

Ghosting is increasingly occurring at work locations as newly hired people do not show up for their first day of work, having taken a “better” opportunity without telling the first employer. It happens when people come to work and, without notice, leave and do not come back. It may even happen earlier if a candidate accepts an interview but, without explanation, never appears at the appointed time.

The rationale for the “ghost” is that there is no long lasting or irreparable harm being done. People can just fill that spot and move on. The truth of the matter is that “ghosting” hurts all of us.

If you are the “victim” of ghosting, you lose a little bit of trust in people, no matter how small the occurrence. We can all become skeptical and entertain doubt about people’s intentions or even their motives.

Missing someone from a party is one thing but counting on a new employee to show up and not hearing from that person is another. Taking an important meeting to have the other person not show up or even text is not only disconcerting but can have consequences. Having students not come to class yet come back at the end of a term asking for leniency (because of sports eligibility requirements or graduation requirements) puts a burden on the individual being “ghosted.” To deny the request is considered cruel and unusual punishment by the “ghost.”

Why do people “ghost”?  Fundamentally, we all want to be engaged and often accept invitations (or obligations) in order to be thought of as included or wanted. It’s nice to be asked or to be needed or even just included. To say no at the time of being asked may seem rude or, more likely, thought of as rejection by the person asking (or so we can think). So we avoid the discomfort and accept, sometimes knowing even then that we will never be there.

In the world of work, “ghosting” can occur simply because “a bird in the hand is better than two in the bush.” There is something to be said for the certainty of an offer even if it’s not the ideal offer (or job) until… we are presented with something that  is better.  Then we can jump ship and “ghost” the first given opportunity in favor of the second.

What can stop the spread of this spectral phenomenon?  I’d like to think it’s a matter of three simple changes each of us “ghosts” can make:

The more we practice these things, the better people we can become, little by little.  We can even hope to get back to the state where our word is our bond.