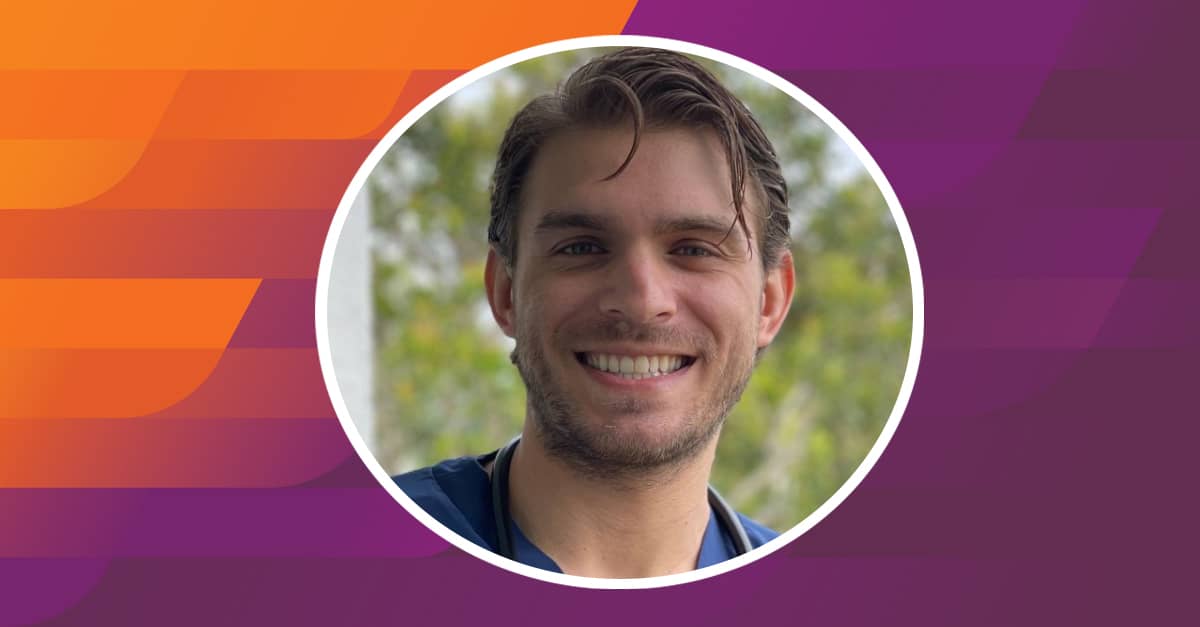 When Justin Todd graduated from California State University Chico with a bachelor’s degree in physiology, his goal was to go to Physician Assistant school.

To get some hands-on experience, he became an Emergency Medical Technician and worked for an ambulance company while applying to PA programs in the greater Los Angeles area. “I was waitlisted at several schools and I needed to start paying my student loans,” says Justin, who grew up in Costa Mesa. “In working as an EMT, I got to know several nurses. I respected the profession and thought it seemed like a great career path with a lot of opportunity.”

Justin enrolled in nursing school and finished an ADN program in 2018. Weeks later, after passing the NCLEX exam, he was attending his cousin’s wedding in Grand Rapids, Michigan, and fell in love with the area. “I applied for a job at Select Specialty Hospital and got it,” he says. He gained experience in wound care, acute care and several other areas. “I loved going to work every day. Everything about nursing was just what I’d hoped it would be.”

In spring 2021, Justin returned to Orange County to be the best man in his brother’s wedding. There, he met his now girlfriend, who was also in the wedding party. “About a month later, I was looking at travel nursing agencies back in California and making plans to move back,” Justin says. A travel nurse since July 2021, Justin is appreciating getting exposed to new environments, new clinical areas and new patients. “I’m here to make full-time nurses’ lives easier and build my own skills.”

Since becoming a nurse, Justin has wanted to become a Family Nurse Practitioner, but his research led him to discover he would need a BSN first. “I started researching online programs while I was still living in Michigan, and I really liked American Sentinel College of Nursing and Health Sciences right away,” he says. “I liked the responsiveness from everyone there. I liked that they are accommodating and encouraging.”

Justin chose the BSN Powered by SIMPath® program, which gave him ultimate flexibility. “I want to complete this as fast as I can so I can get going on the master’s degree,” he says. “My schedule now as a travel nurse is unpredictable. I like that this program gives me a lot of autonomy.” Justin graduated in 2021.

On to an MSN

After gaining more experience, Justin has decided to pursue MSN Nursing Informatics at American Sentinel starting in June 2022. “I can see myself enjoying the informatics side of health care as much as I enjoy patient care,” he says. His goals are to continue furthering his career. “I believe the master’s will give me more freedom in my career and life.”

At American Sentinel, Justin has been pleased at every turn. “American Sentinel hasn’t let me down. Every single question I’ve had, I’ve gotten a quick response. And the knowledge I’ve gained benefits me a lot in every conversation I have or every patient I serve. I have gained more respect for the profession.”