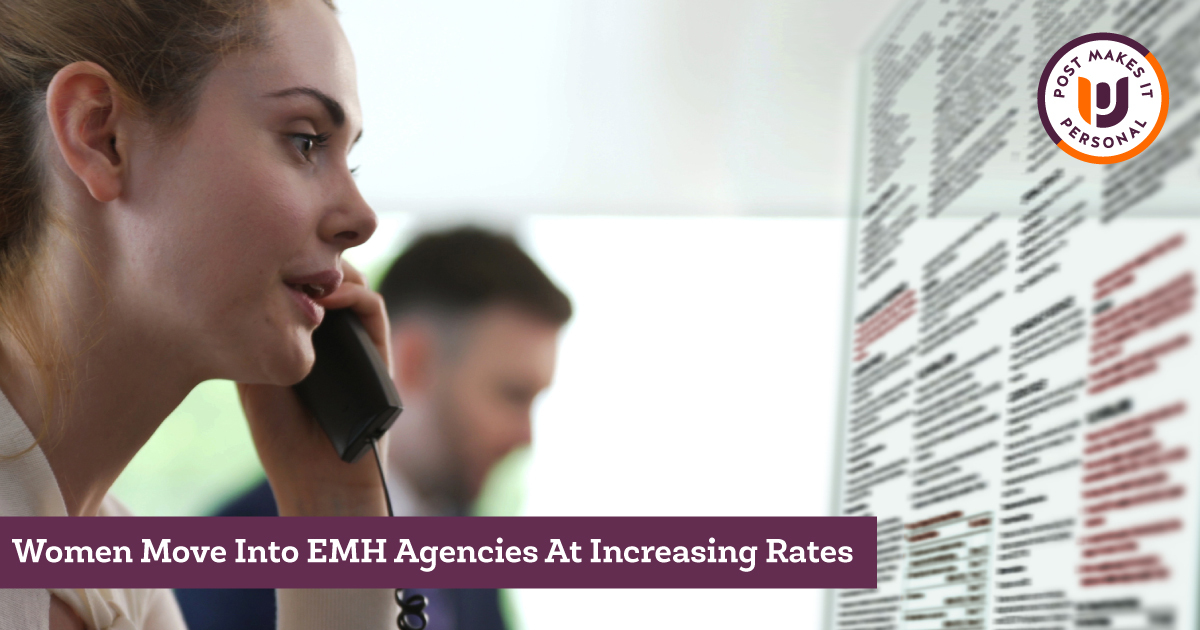 Women are moving into the emergency management and homeland security fields at increasing rates. Like their male counterparts, these women are driven by a desire to serve and protect their country and to take on challenging career roles. As a result, emergency management and homeland security programs, such as those offered by Post University are increasingly popular with women.

In World War II, women served in the military as cryptanalysts helping to decipher German and Japanese codes. In 1972, the first women were sworn in as FBI agents, and over the past 45 years, more have joined federal agencies with emergency management and homeland security responsibilities.

Emergency management and homeland security agencies are taking note; hiring more women and changing policies to reflect their workforce. In 2016, the United States Coast Guard and its parent department, the Department of Homeland Security, extended maternity leave from six to up to twelve weeks. The Coast Guard now considers family and personal well-being as a means to enhance its readiness. As women increasingly join the Coast Guard and other DHS agencies, we will likely see more policy changes.

These changes are not just being made at the federal level. States and municipalities around the country now offer programs designed to attract women and minorities into law enforcement and the fire service. Jurisdictions are focusing on direct recruitment and showcasing diversity within the ranks. Free programs, like Camp Blaze, offer young women the opportunity to experience fire service training, leadership drills, and exercises.

Women are pursuing degrees in higher education as a way to secure an advantage in these highly competitive fields.

Samantha Dvariskis, Karen Tomczyk, and Samantha Sestilli are among several women enrolled in Post University’s Bachelor of Science in Emergency Management and Homeland Security. The University began offering the program in 2015. Dvariskis, a second-semester freshman chose to pursue a degree in emergency management and homeland security because of the many career opportunities. She likes the workplace diversity and growing number of women in the field.

Tomczyk, a junior in the program, began her studies with many years of emergency management experience but was dismayed by the lack of training for emergency managers. Tomczyk believes women aspire to work in emergency management and homeland security for the same reason men do; to pursue their passion and take on the challenges of these career fields.

Sestilli, a sophomore, was inspired to learn about how disasters are managed after the September 11, 2001 terrorist attacks and the Hurricane Katrina disaster. She credits becoming more familiar with school resource officers after the Sandy Hook Elementary School shootings in Newtown, CT, with prompting her interest in law enforcement.

The University has also offered an EMH concentration in its online Master of Public Administration program since 2018. Both the undergraduate EMH and graduate MPA programs have experienced an increase in women students. One reason for developing the nine credit concentration was to provide undergraduate EMH and Criminal Justice students with a vertical path to graduate school; something Sestilli and Tomczyk are considering.

Although a recent Department of Justice Inspector General report found that women are under-represented in leadership positions in several key federal law enforcement agencies, women interested in EMH careers should be encouraged to pursue their goals. When women close the gender gap and achieve equality with their male counterparts, our country will be safer and more secure. A degree in emergency management and homeland security is a crucial step in attaining that goal.

David Jannetty is the Program Chair for the Emergency Management and Homeland Security program at Post University and serves as Director of Undergraduate Public Service Programs in the John P. Burke School of Public Service and Education. David is a retired assistant deputy police chief with the Waterbury, CT Police Department He has over 27 years of experience in emergency management, law enforcement, and school and workplace safety.