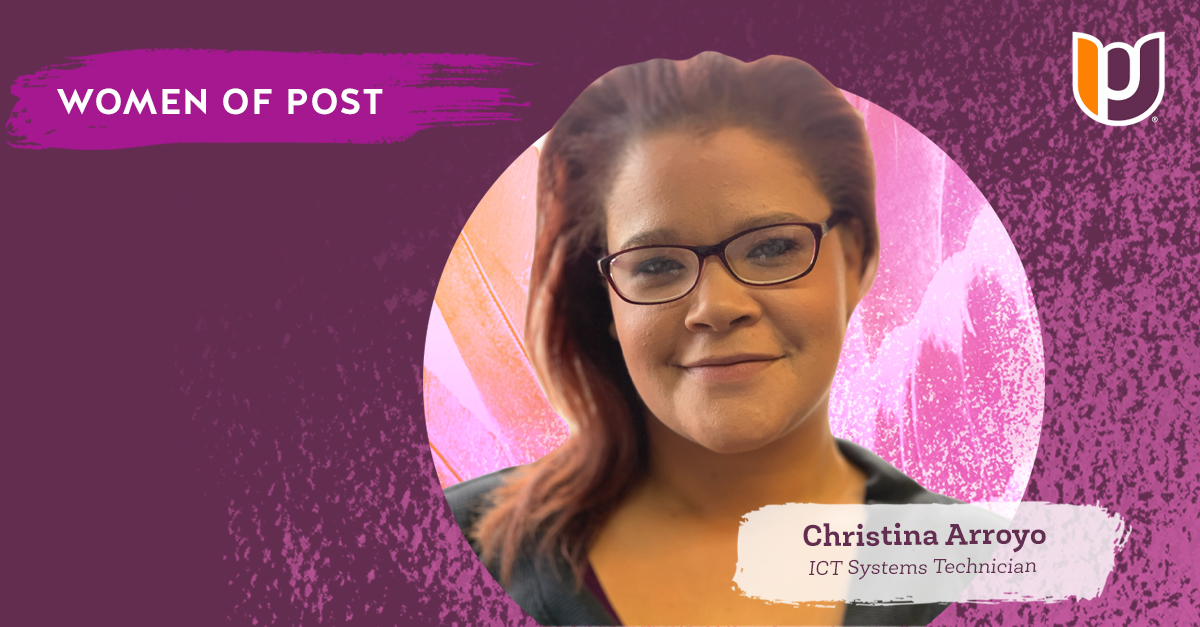 They say mothers and daughters have a lot in common, including where they go to school. Meet Christina Arroyo, an ICT systems technician, who provides computer support to some 400 associates at our Post Downtown campus and oversees multiple technical duties.  Arroyo is pursuing her degree from Post, just as her mother, who graduated from Post in the ‘90s.

Why do you think it is important for females to be represented in your respective field or in education?

As an IT professional working in a predominately male field, I have always felt the need to work hard and prove myself just that much more. I grew up with a family of computer geeks and with a mother who was usually the only woman in her office. As a mother myself, I strive to show my daughters that with the right education, they can do anything and not to worry about the status quo because we are meant to crash through that glass ceiling. Working at Post has that extra excitement of being able to help students find their voice and help them succeed at their goals.

Who was a female role model for you growing up or currently?

My mother was the best role model growing up; she graduated from Teikyo Post University with her Bachelor’s in Computer Science. She taught me a lot over the years, but what sticks with me is her drive, a single mother that worked numerous jobs and went back to school to better herself and raise three kids. I carry that very same drive with me every day as I work hard and go to school to support my family.

Do you have a favorite memory from your time at Post?

I have been at Post for about three and a half years, and I would have to say my favorite memories are the commencement ceremonies. With the students working so hard throughout the year and being able to walk across the stage with their families watching is the best feeling. I have volunteered at every ceremony since I started, and being able to be a part of their special day is a fantastic feeling. One day I will be there not as a volunteer but as a student with my family watching, and I can’t wait!