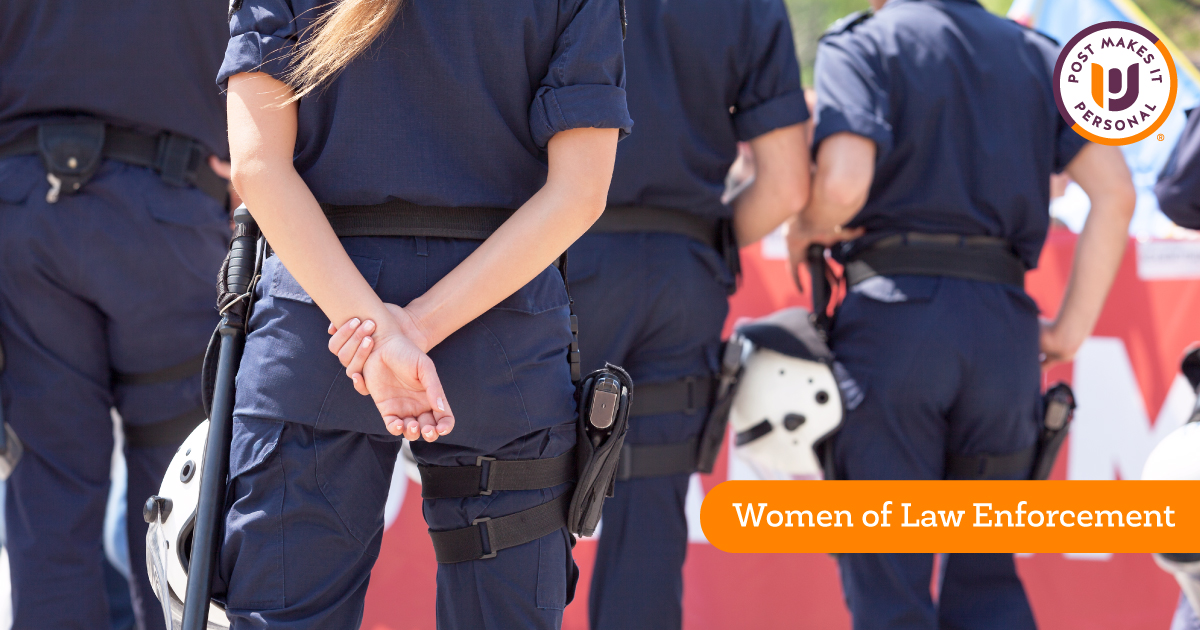 At Post University, we’re proud to support diversity in law enforcement. Our latest success stories involve two talented graduates who have already accomplished great things in the brief time since they completed our esteemed criminal justice program. They join a growing movement of diversity in law enforcement in which women have traditionally made up under 15 percent of local police officers, according to the Bureau of Justice Statistics. Women are also notoriously underrepresented among law enforcement leadership; a mere three percent of local police chiefs are female.

It is widely believed that police forces should accurately represent the communities they serve as this allows them to build the strong connections needed to maintain close-knit neighborhoods and halt crime before it becomes a problem. Unfortunately, such representation is impossible when the vast majority of officers are men. Passionate professionals such as Post graduates Abriannna Diana and Emily Clark, however, are determined to do their part to bring about much-needed changes in law enforcement. Based on their recent achievements, they are already well on their way to making a difference.

Abrianna Diana has long held the ambitious goal of becoming a police officer in Hartford. This plays into her broader mission to be a “legendary role model.” She never lost sight of this desire while working through the rigorous, yet rewarding, criminal justice program at Post. After graduating with her bachelor’s degree in 2018, she continued on with the Hartford Police Academy.

In October 2019, Abrianna was one of 28 recruits to receive a badge. Her class was uniquely diverse; not only are half of Hartford’s latest recruits female, 75 percent represent ethnic minorities.

As a satellite operation for the Connecticut Police Academy, the Hartford Police Academy aims to provide a high level of training to prepare recruits for the challenges they’ll inevitably face both in Hartford and surrounding communities. The seven-month training program includes numerous physical and intellectual challenges. Abrianna arrived fully prepared to take on the academic difficulties of the program, having worked hard at Post to develop a well-rounded understanding of criminal justice.

Program chair Sandra Wilson and advisory board member Gail Hardy joined Abrianna to celebrate this momentous occasion which the proud graduate described as “surreal.” The faculty at Post supported Abrianna throughout her academic journey and are thrilled to see her hard work paying off in the professional sphere. 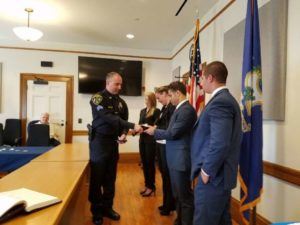 A proud Post graduate with a bright future, Emily Clark recently became one of two new female recruits for the New Canaan Police Department, a force already boasting six female officers. In June 2019, the department took on just four recruits in total, making it all the more impressive that two of these recruits were women.

During the ceremony in which she received her badge, Emily and her fellow recruits were reminded of the strong need for hardworking individuals such as themselves in local police departments. Chief Leon Krolikoski explained, “It is not easy to hire good candidates these days…so we are very fortunate to have you with us today.”

This latest achievement is just one in a long list of accomplishments for Emily who, at just 22 years old, already boasts numerous academic and career distinctions worth noting. She earned her bachelor’s degree at Post University prior to undergoing rigorous training in hopes of joining the New Canaan Police Department. Previously employed as a public safety dispatcher for the Newtown and Easton Police Departments, she has also worked as an EMT and served as a volunteer firefighter in Newtown. She is excited to take this next big step in her career.

Congratulations are in order for Officers Abrianna and Emily, who have consistently demonstrated that hard work and passion can produce impressive achievements. We can’t wait to see where their talent and dedication take them next.

Those in law enforcement, who are interested in going back to school, can take advantage of our 25% reduced tuition rate through our Public Safety Tuition Discount.