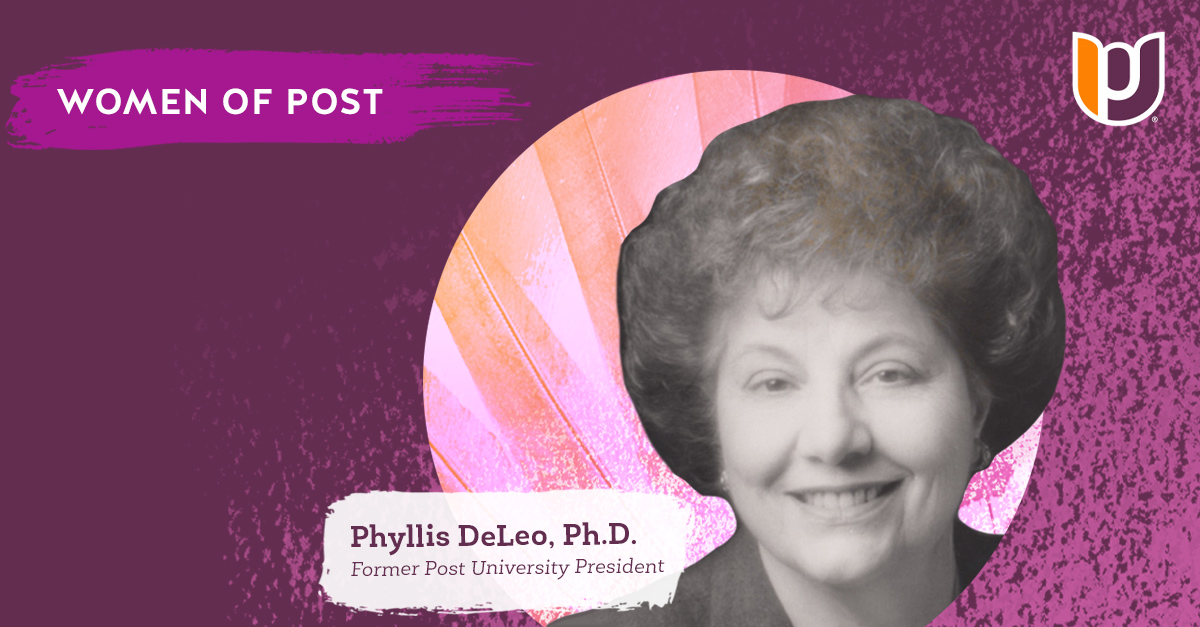 Phyllis C. DeLeo, Ph.D, a native of Waterbury, in the fall of 1993 became our University’s ninth president.

A summa cum laude graduate of Southern Connecticut University, who earned her Master of Arts and Ph.D. from the University of Connecticut, DeLeo began her teaching career at Post Junior College in 1968, and then became Professor of English and Dean of Liberal Arts and Sciences at Post College.  As the school transitioned to become Teikyo Post University, Dr. DeLeo transitioned into the role of Vice President of Academic Affairs, and finally, President of the school.  During her tenure, she instituted five new degree programs as well as study abroad, Weekend College, and Cooperative Education programs, and spearheaded initiatives to introduce technological enhancements, athletic program expansion, and library automation.

She also was responsible for implementing the Rose Traurig Scholars program, a support group for women returning to college.  In 2015, Dr. DeLeo was inducted into the Post University Hall of Fame.