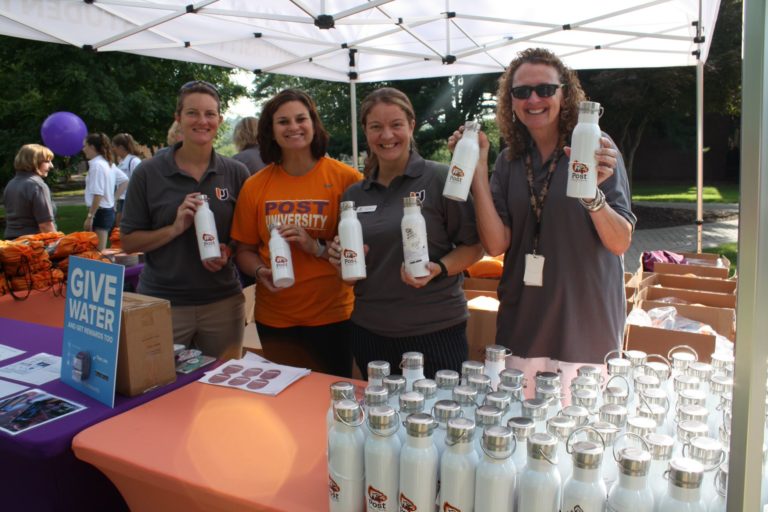 In the fall, incoming freshmen will be receiving reusable water bottles. Post faculty, sophomores, juniors, and seniors will also have the option to purchase a bottle, or they can purchase a tag for $1 to stick to their own reusable bottle.

Students and faculty who would like to purchase a bottle or tag can contact Kayte Mills at kmills@post.edu. The bottles and tags must be picked up in person.

The project is a collaboration between the Student Athletic Advisory Committee (SAAC) and the Sustainability Club. This is part of the “Fill it Forward” program run by Cupanion, a water bottle company that also coordinates water-related projects in developing countries.

Cupanion’s water bottles pair with an app that allows users to track how often they refill their water bottle, as well as see statistics about how they’ve affected the environment by not using disposable bottles.

Brianna Root, President of SAAC, described the program as a step in the direction of phasing out disposable cups and plastic bottles on campus.

“Students are going to be able to go to the water fountains around campus and there’s going to be a tag on their water bottles that they’ll be able to scan every time they refill the water.”

In her role as president of SAAC, one of Root’s goals was to do something to make the campus more sustainable, and she considers this new water bottle program to be “a step in the right direction.”

“Sustainability has been something big to me so when I became president of SAAC, I wanted to make sure that we were able to include sustainability.”

Kayte Mills, the head women’s lacrosse coach at Post, was the one who discovered the partnerships that Cupanion has with other schools. She then introduced the idea of bringing the program to Post’s SAAC. 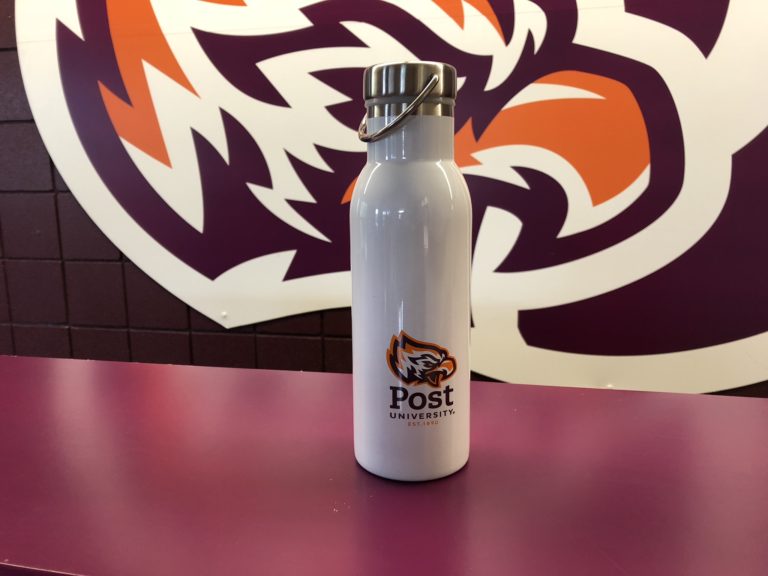 Cupanion’s list of partners includes schools such as Rutgers University and UC Berkley and companies like Intel.

Besides the benefits of providing clean drinking water to people in need, the Cupanion app also encourages some healthy competition between friends, promoting “the importance of drinking water” throughout the day.

“If you and your friends are trying to make each other drink a lot of water you can challenge a friend through the app.”

This game-like method of encouraging students to drink water will hopefully draw more people into participating in the program.

“Kids like to have incentives when they’re doing anything, they just like to be able to win.”

Post University faculty can participate in the program as well, either by purchasing a Cupanion bottle or a tag which they can adhere to their own water bottle.

Root hopes for the program’s success, and she predicts that they may even branch out to online students in the future.

It’s important to remember, it’s not just free water bottles and a fun app, “it’s good for them to be sustainable and we’re keeping the planet healthy.”