Why Students Drop Out of College and Why They Return 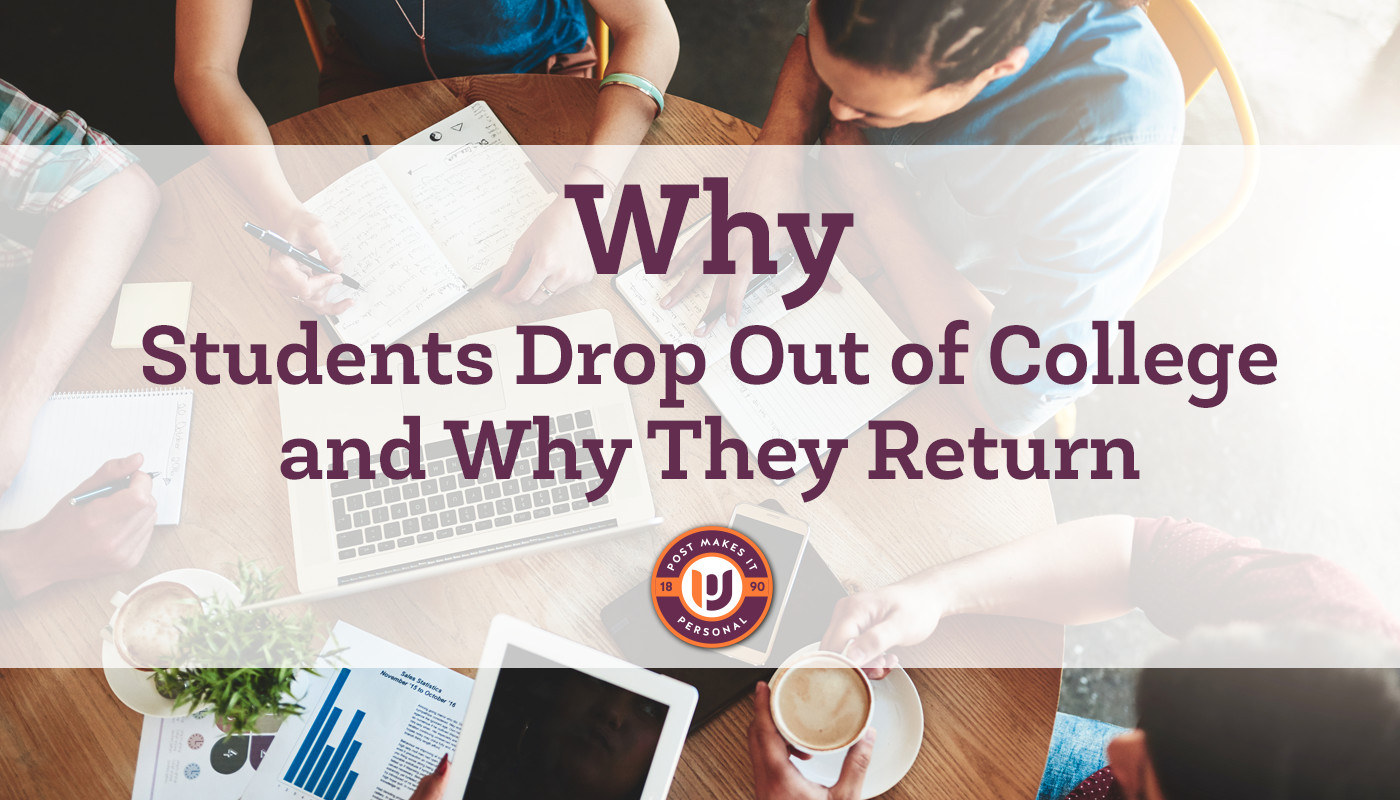 If you guessed, “dropped out of college,” you’re correct. Although these men were able to go on to fame and fortune despite the lack of a college degree, they’re the exceptions and not the norm.

Gates believes that this alarming trend adversely affects not just the students and their families but also the nation. “Without more graduates, our country will face a shortage of skilled workers and fewer low-income families will get the opportunity to lift themselves out of poverty.”

Why do students drop out of college?

Some people leave college before getting a degree because they’re offered lucrative jobs that don’t require one. Others, such as Steve Jobs, don’t want to burden their families with tuition costs or fear a lifetime of struggling to pay off college debt.

Parents with dependent children drop out of college at a higher rate than any other demographic, according to a 2014 study from the Institute for Women’s Policy Research. Only 33 percent of students with children obtain a degree or certificate within six years. It’s even tougher for single-parent students to graduate; just 28 percent of single mothers who entered school between 2003 and 2009 got a degree or certificate within 6 years of their start dates. Financial constraints, the lack of on-campus childcare, and the inability to learn while enjoying a flexible schedule that accommodates parenting get in the way of many student parents.

Why do students eventually return to college?

The great thing about having a year or two of college as a foundation is that it’s easy to return and pick up where you left off, possibly with more motivation and focus than before. Many students re-enroll in degree programs upon discovering their job prospects are limited by the lack of a degree.

Use the following five great reasons to inspire you to get back on the road to your degree.

1) You’re less likely to be unemployed with a degree.

The U.S. Bureau of Labor Statistics’ (BLS) Employment Projections chart provides a clear visual demonstration of the difference in unemployment rates between various levels of educational attainment. Even some college education is better than none when it comes to enhancing your job prospects, and obtaining a four-year degree reduces your likelihood of unemployment to 2.7 percent.

The BLS chart also shows at a glance how much better your earning power is as you increase your education. A full-time worker age 25 (or older) who went to college but did not graduate has median weekly earnings of $756. The student who hung in there and got a bachelor’s degree earns a median weekly wage of $1,156.

If you hit a dead-end at your current job, one of the best ways to branch out into a new field is with a two- or four-year degree. You’ll gain a specialized skill set that’s required for employment in the specific type of job that you’re interested in pursuing.

4) You build a social network.

Returning to college allows you to form personal relationships and professional partnerships with classmates and professors who can offer invaluable help to you when you start to look for employment. On-campus organizations and alumni associations provide you with unlimited networking benefits.

It’s never been easier for adult learners to obtain higher education thanks to the proliferation of online degree programs. You can design a learning path that fits into your life and budget, go at your own pace, and finally get that degree that unlocks career doors previously closed to you.