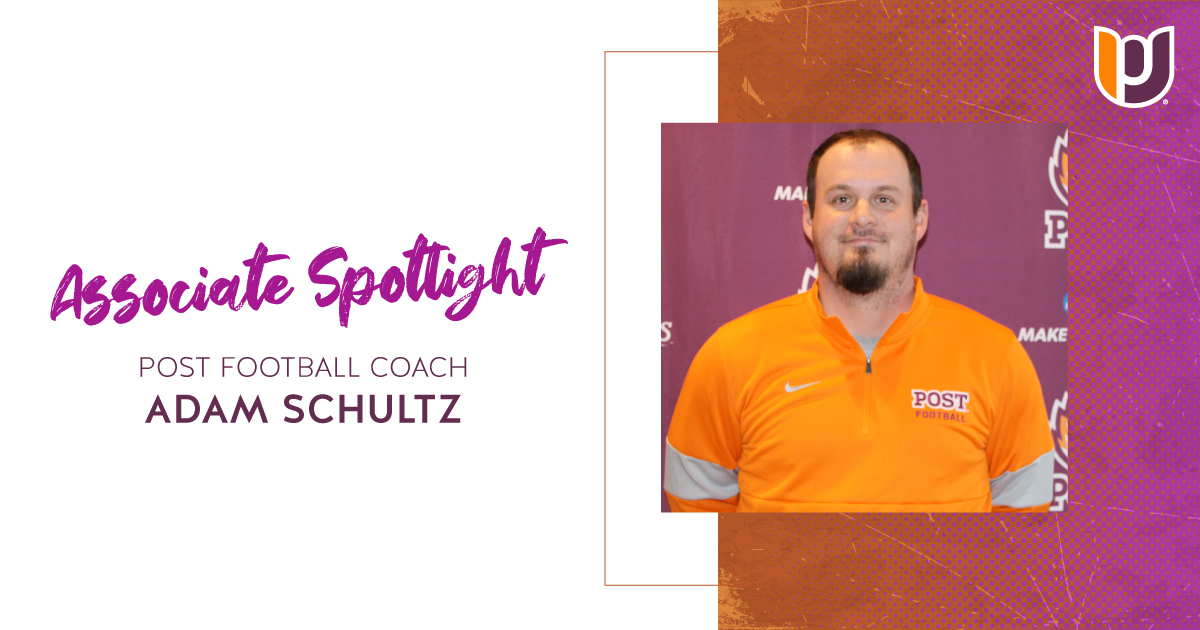 “Though the Post University community was always engaged and supportive of our sprint football team, the transition to DII presents a higher level of competition and excitement,” says Head Coach Adam Schultz. “It gets the local community to buy into what we are doing and be proud of the athletic program here.”

Schultz began his coaching career in 2004 at Woodland Regional High School as the Defensive and Special Teams Coordinator for the football team. In addition, Schultz coached track and field and was the strength and conditioning coordinator for the school’s athletic program.

In 2012, Schultz began his first college coaching experience at the University of New Haven, coaching wide receivers, tight ends, and running backs. He coached three All-Americans and many All-NE10 players.

After six years of coaching at UNH, Schultz was named the offensive coordinator for the Post University Sprint Football Team in 2018. In January 2020, Schultz became the Sprint Football Head Coach. Unfortunately, the COVID-19 pandemic did not permit fall athletics, so while Schultz never got the chance to lead the sprint football team through a season, he now gets the opportunity to be Post University’s first DII football coach.

“I am excited to lead this group,” said Schultz. “To set my own culture and build this family.”

The Eagles will play an independent schedule for the first inaugural season in Fall 2021. Schultz plans to focus on recruiting locally first, then to start looking in the tristate area. “Not only does having local players add to game-day excitement and enable families and friends to attend, but it also gives me a chance to get to know potential players in advance. I can visit their schools, talk to their teachers and their coach. I can really find out what type of student they are, which is important” said Schultz.

“As we turn our focus to evolving to the NCAA Division II level, we look forward to building new relationships, rivalries, and raising the bar of Eagles football even higher while also recognizing that Sprint Football was the foundation for this move,” said Athletic Director Ronnie Palmer.