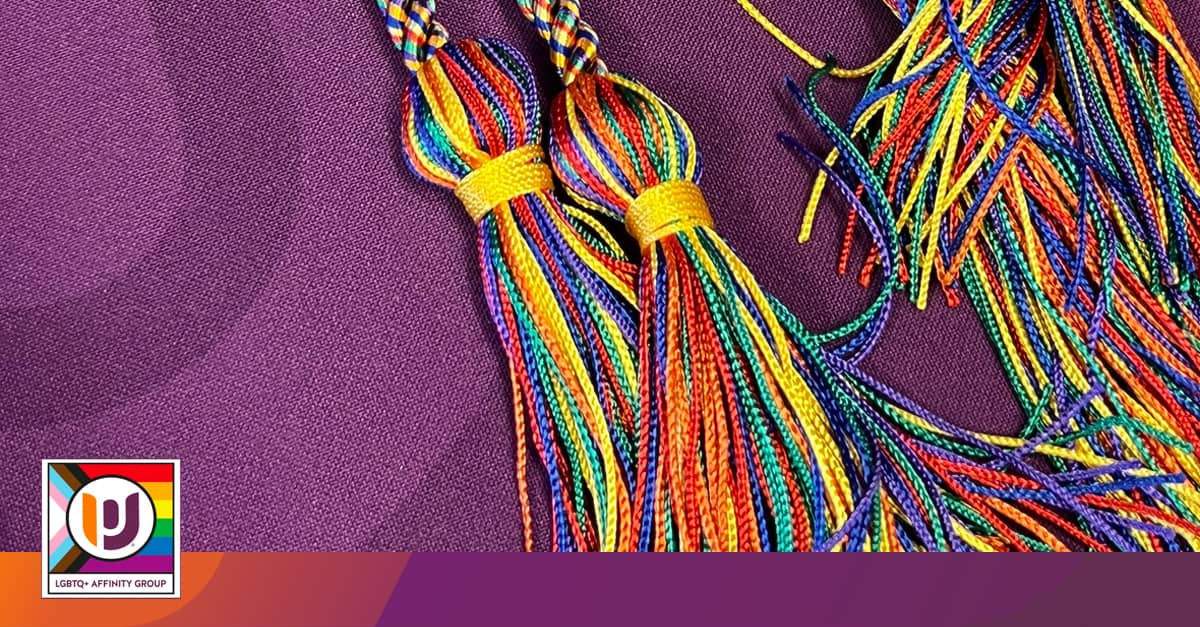 As part of the University’s Lavender Ceremony, several students were recognized, each receiving rainbow cords to wear at Commencement and a certificate of recognition signed by CEO and President John L. Hopkins. Post’s inaugural event drew more than a dozen students, faculty, staff, family members as well as allies of the LGBTQ community.

2022 graduate Sabrina Martino, who completed her second bachelor’s degree in Human Services, reflected on the importance of this milestone event and the inclusivity it represents.

“It’s nice to be given a space that is safe and inclusive in general,” Martino said during the ceremony. “I appreciate the support and love, and I’m so grateful to be part of the Post community and continuing on spreading diversity and inclusion everywhere after I leave here.”

In 1995, the first Lavender Graduation was started at the University of Michigan. Since then, lavender ceremonies are now held annually at more than 200 college campuses nationwide as a way to support LGBTQ+ students.

The color lavender has a compelling backstory, dating back to two persecuted groups in Nazi-era Germany: gay men, who were forced to wear a pink triangle in concentration camps, and lesbians, who were assigned a black triangle marking them as political prisoners. LGBTQ+ activists combined the two colors to create a new symbol representing pride and community, according to the Human Rights Campaign.