A Legacy of Innovation: 6 Trailblazing Black Scientists Who Still Inspire Us Today 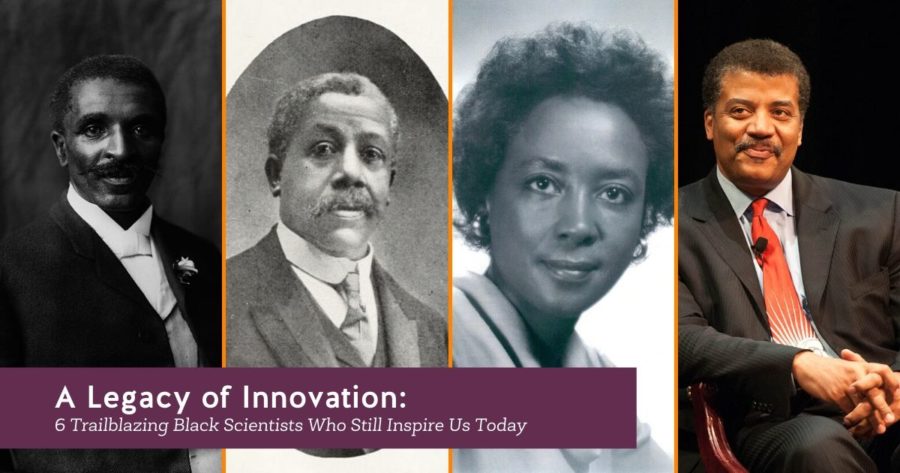 Every year, students learn about a variety of African American leaders during Black History Month. This is the perfect time to pay homage to Martin Luther King, Jr. and Rosa Parks, but they are far from the only historic figures who have made a difference for the African American community.

Many of the most inspiring people of color have been all but lost to history. This is particularly true in the field of science where we consistently honor Albert Einstein and Marie Curie, but neglect to mention the many African Americans who also made groundbreaking discoveries. This year, we hope that will change. We’ve highlighted a few of the most influential and inspiring black scientists below—and we hope you’ll share what you learn to spread awareness of the enduring role of minorities in science.

The modern agricultural industry owes George Washington Carver major gratitude for his work at the Tuskegee Institute, where he developed a variety of techniques designed to address the damage caused by years of soil depletion on southern cotton plantations. He hoped that minority sharecroppers would instead opt for alternatives such as sweet potatoes and peanuts, which due to their comparative sustainability, were better capable of lifting struggling agricultural workers out of poverty.

Carver’s blend of agricultural breakthroughs and humanitarian passion endeared him to a variety of educators, politicians, and other influential figures. He received many awards and distinctions, including membership with England’s Royal Society of Arts, as well as the landmark passing of a bill to establish a national monument in his honor. This bill was notable in that it passed unanimously during World War II, when similar non-war expenditures were technically banned. Today, Carver is highlighted as the “Father of Chemurgy” in the USDA Hall of Heroes.

Upon completing the dissertation “Measuring Refractive Indices” at Yale in 1876, Edward Bouchet became the first black student to earn his Ph.D. from an American university. Additionally, he was one of the first twenty Americans of any race to earn a Ph.D. in Physics. Sadly, due to rampant discrimination, he struggled to land work as a professor following graduation.

Dr. Bouchet ultimately ended up at the Institute for Colored Youth in Philadelphia, where he taught physics and chemistry for well over two decades. He also made his mark as a teacher and principal for several other schools. Today, the American Physical Society’s Edward A. Bouchet Award recognizes “distinguished minority physicists” for making significant contributions to the field.

The first black woman to earn a Ph.D. in Chemistry, Marie M. Daly played a vital role in researching several key health concerns, including creatine uptake, protein synthesis, and the interplay of cholesterol and hypertension. She was initially inspired by her father, who had briefly studied chemistry but was unable to continue for financial reasons. His struggles one day became the impetus for the Queens College scholarship she established, which grants funding to minorities studying chemistry or physics.

After she received her Ph.D., Dr. Daly served as a professor for Columbia University’s College of Physicians and Surgeons and, later, for Yeshiva University’s Albert Einstein College of Medicine. She also worked as an American Heart Association investigator. Throughout her esteemed career, she received fellowships from the American Cancer Society, the Council on Arteriosclerosis, and several other notable organizations.

Like many noteworthy African American scientists, Annie Easley grew up attending segregated schools. Her mother encouraged her to work hard so she could make a difference in a professional capacity, but Easley met significant barriers every step of the way. While she initially attended college in hopes of becoming a pharmacist, she ultimately landed a prestigious job with the National Advisory Committee for Aeronautics’s Lewis Flight Propulsion Laboratory. This later became the NASA Lewis Research Center and is now known as the John H. Glenn Research Center at Lewis Field.

During an impressive career spanning over three decades, Easley developed and executed coding for a variety of critical projects. Her work was instrumental in the development of renewable energy projects. She was also a pivotal contributor to the Centaur project, which paved the path for a variety of space shuttle and satellite launches.

Talented inventor and engineer Otis Boykin patented over two dozen electronic devices. One of his most notable inventions, the pacemaker, was inspired by the death of his mother, who tragically passed away when he was just a year old. Prior to achieving remarkable success as an inventor, he graduated as valedictorian of his high school class. He worked for Majestic Radio and TV Corporation, and eventually, the P.J. Nilsen Research Laboratory.

Boykin’s very first patent involved a wire precision resistor, which made it possible for manufacturers to designate resistance for wire used in electronic equipment. He patented an improved version shortly thereafter. This development greatly impacted the reliability of the transistor radio. His later work influenced everything from guided missiles to IBM computers.

Neil deGrasse Tyson’s name may be widely known, but many people are only aware of him due to his humorous appearances on late-night shows and in movies such as Zoolander 2. Yes, he’s notable for his sense of humor, but that’s only the beginning. Tyson has also made his mark as the director of the Hayden Planetarium, an advisor to President George W. Bush, and the host of several television specials. He has a way of breaking down complex scientific concepts in a way that ordinary people can understand. For this reason, he has received a variety of awards over the years, including the National Geographic Society’s Hubbard Medal and a Public Welfare Medal from the National Academy of Sciences.

Today’s scientific community owes a huge debt of gratitude to the influential individuals highlighted above and countless others who have far too often gone unrecognized or been completely lost to history. While we highlight their achievements during the month of February, it is our duty to ensure that today’s students learn from—and are inspired by—these amazing scientists.