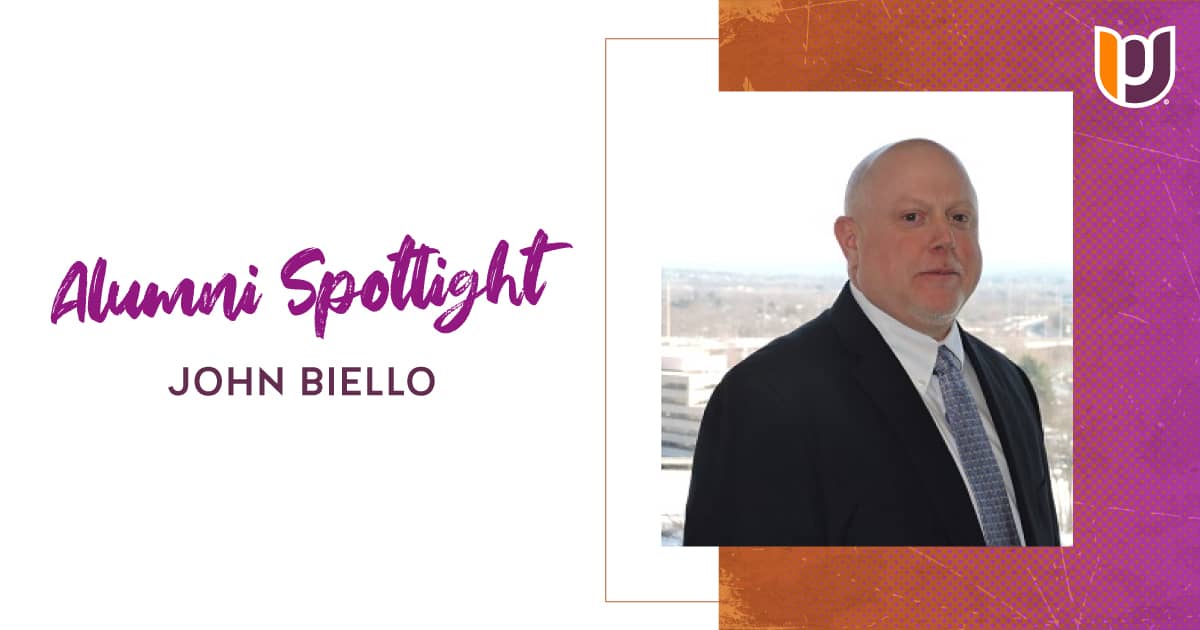 Post Alumnus John Biello, who currently serves as Connecticut’s Deputy Commissioner of Revenue Services (DRS), got the opportunity to fulfill his career aspiration when he assumed the role of Acting DRS Commissioner from January through December 2020.

Biello graduated from Post College in 1989 (prior to its affiliation with Teikyo University in 1990 and its renaming to Post University in 2004) with a bachelor’s degree in accounting. In 2018, after a multitude of career successes, Biello completed his master’s degree in public administration to achieve his goal of becoming DRS Commissioner.

After Biello received his bachelor’s degree, he began working for the Department of Revenue Services at an entry-level position. From 1992-2018, he worked in the Audit and Compliance Division of DRS, managing compliance programs for personal income tax, corporation business tax, flow-through entities, trusts, and estates. In 2008, Biello became the Tax Division Chief, where he managed over 100 people and served as an Audit Division Representative on various DRS committees, including the department’s Tax Policy Group, Interdivisional Tax Team, Speakers Bureau, Withholding Tax Implementation Team, and Forms Committee.

Biello knew that in order to advance further in his career, he needed to pursue his master’s degree.

“The master’s program in public administration at Post is exceptional,” says Biello. “It teaches leadership skills that are critical to success in my role.”

Only months after assuming his role as Acting Commissioner, the COVID-19 pandemic forced Biello to make quick adaptations. He needed to deploy nearly 600 employees to a remote environment, equipped with sufficient technology in just one week.

“It was a seamless, smooth transition, and I credit so much of my success to Post University. There was a course on crisis intervention that I took while in the master’s program, and it really helped me during the pandemic. We had to be innovative and learn to adapt quickly – all skills I learned in that course,” said Biello.

Biello experienced both on campus classes and online classes at Post, though at separate times in his life. His wife and two of his three children also attended Post. They loved the proximity to home, and it presented great opportunities for each of them to earn the degrees that aligned with their individual career paths.

“Post has been an extremely rewarding and fulfilling experience, for not only myself, but also my family,” said Biello. “While I faced some challenges adapting to online school, and so many years later at that, the staff at Post was super helpful getting me up to speed – they were truly great.”

Without the knowledge and skillsets that he acquired while in school, Biello shares that he never would have advanced so far in his career.

“If we don’t leverage what we learned, we are losing out on big opportunities,” said Biello.

Biello shares that while he has fulfilled his career goals, his desire to continue learning has not diminished. He plans to continue taking courses for fun to enhance his knowledge on some topics of interest.