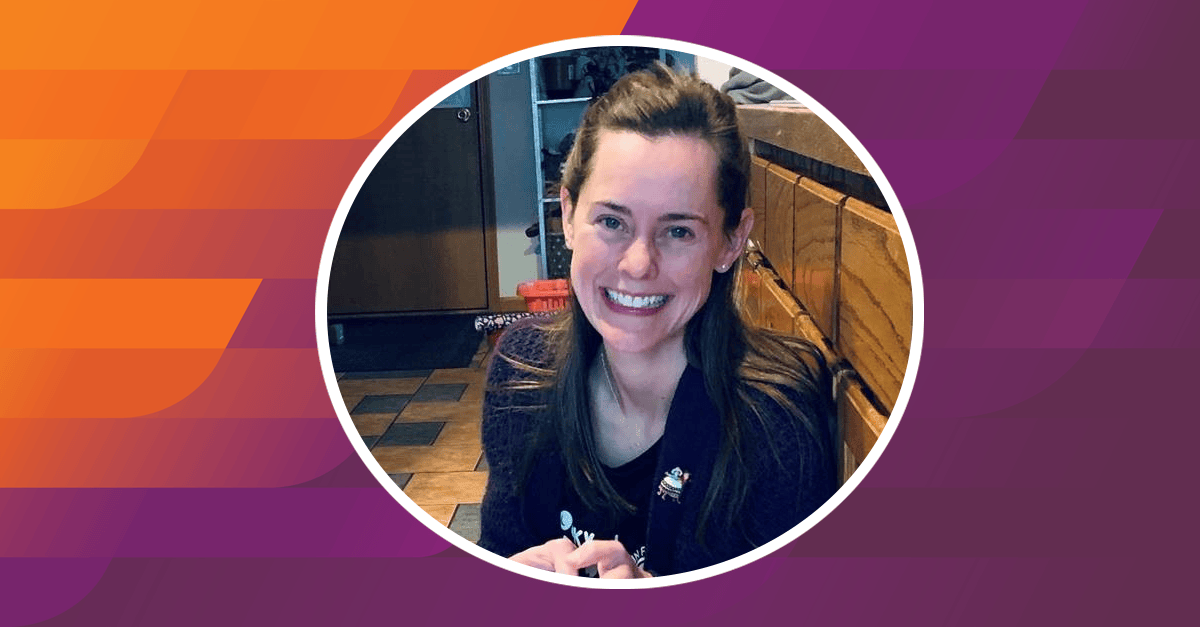 When Jessi Harper went to college in 1999 at Rice University, she had plans to become a teacher. The native of Hobbs, New Mexico, graduated with a bachelor’s in English before becoming an early childhood educator at a Montessori school. After earning a Master of Arts in English at the University of Houston, she became a high school teacher, again in a Montessori school. “I loved teaching and shaping people in such a profound way,” Jessi says.

After teaching high school for seven years, Jessi confronted big life changes. In 2016, she moved to Fort Collins, Colorado, where her dad and stepmom now live, and begin thinking about a new career path.

“I became a single mother and moved to Colorado to have family around while raising my daughter,” Jessi says. As she thought through her options, she thought about her long-term interest in medicine and her life-changing experience having her daughter. “I was never really around nurses until I had my daughter. I had some amazing exposure to them during the childbirth process and afterward when I had some issues that required hospitalization. That experience showed me the role that nurses play in people’s lives. In the back of my mind, I thought, ‘That’s an incredible job. Maybe I could do that one day.’”

Back to School for a BSN

In fall 2016, Jessi went back to school. She started at a local community college taking prerequisites before transferring a university in northern Colorado to complete her Master of Science in nursing degree.  The program was designed for students who already held bachelor’s degrees in other fields, so Jessi was able to graduate in 2018. During school, she worked as a medical scribe for an emergency department, which exposed her to a wide range of a medical situations. She also worked as a Certified Nurse Aide.

“I got to see so much in both jobs,” Jessi says. But once she graduated and became a Registered Nurse, she knew that working outside of the hospital setting would fit her life best. She wound up as a nurse for a health clinic onsite at Weld County Jail in Greeley. “It was a great job for me. I worked in such close settings with people and it was an excellent way to learn as a new nurse.”

Back to School Once Again for the MSN Nurse Practitioner Degree

In 2021, Jessi began thinking about how to further her career. “I wanted to be able to take a professional step up, so more education was the next thing on my mind,” she says. At almost 40, she didn’t want to put things off for very long. “I thought that becoming a Nurse Practitioner would give me the best chance to help patients even more.”

Jessi’s stepmother, an obstetrician, referred her to American Sentinel College of Nursing and Health Sciences. “She works with many nurses who have gone through the American Sentinel program,” she says. By July 2021, Jessi was enrolled in her first class.

Plans for Work with Geriatric Patients

Jessi is targeting November 2023, as the graduation date from the Master of Science in Nursing program with a specialization Adult Gerontology Primary Care Nurse Practitioner. Earlier this year she left the Weld County Jail to join Columbine Health Systems, a health and rehabilitation facility. “I’ve learned that I really enjoy working with older adult patients,” Jessi says. When she becomes a Nurse Practitioner, she would like to continue working with elderly patients either in their homes or in assisted living facilities. “I want to promote a positive experience for them, depending where they are in their lives. I’m particularly interested in dementia patients.”

Jessi has enjoyed returning to school at American Sentinel College of Nursing & Health Sciences at Post University. “The assignments have been practical, the resources are excellent, and the professors are very helpful,” she says. She’s doing a clinical preceptorship at Associates in Family Medicine and enjoys that as well. “I’m learning something every day, both in school and in my job, and I am definitely someone who likes learning new things. I’m really enjoying this program and I’ve had a great experience so far.”