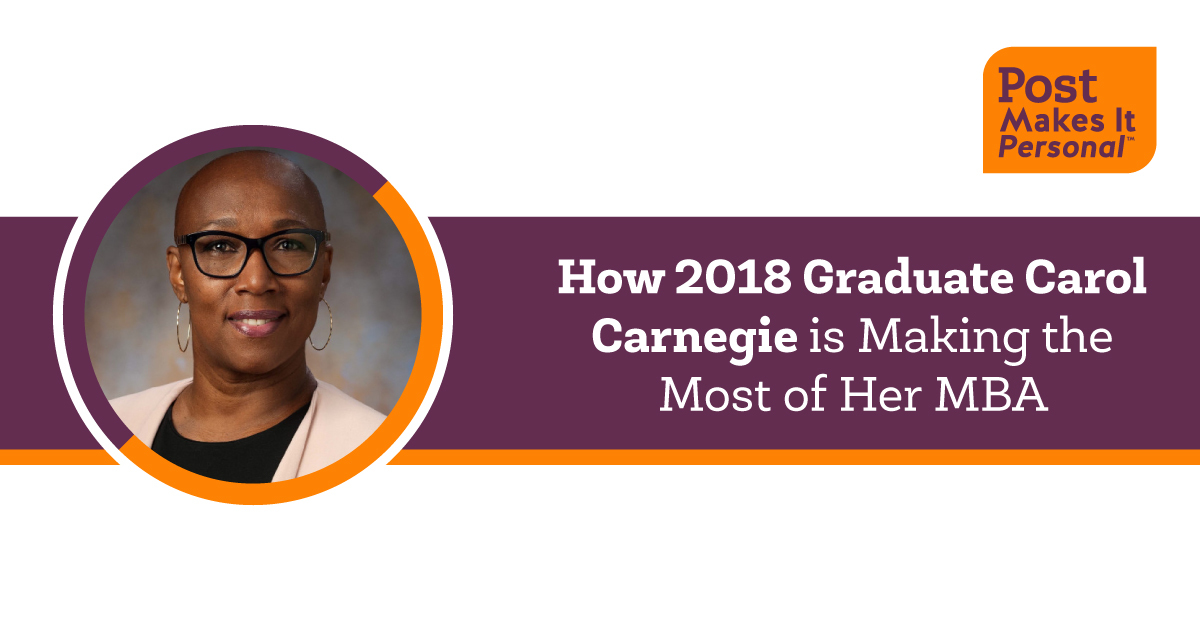 Through the years Post University’s MBA program has given rise to a number of success stories. The story offered by recent graduate Carol Carnegie is one of the most compelling; in just one year, she scored a job with the company she longed to work for, completed a master’s degree, and served as an ambassador for Post’s popular study abroad program. Talk about impressive!

Read on to discover the secret behind Carol’s success — and why she credits her professors and fellow students with giving her the confidence to make it all happen:

Prior to entering the MBA program at Post, Carol already had several impressive career accomplishments to her name. She boasted considerable experience in the insurance industry, having worked as a senior billing coordinator for The Hartford, senior pricing analyst of Specialty risk Services, a subsidiary of The Hartford and transitioned Sedgwick Claims Management Services based on the acquisition of Specialty Risk Services.

Eventually, Carol was ready for a change. Although she loved her work with Sedgwick, she was also eager to take advantage of any career opportunity that allowed her to “spread [her] wings a little bit more.” She realized that she felt drawn to the leadership-oriented nature of project management. Having already attended Post as an undergraduate, she decided to continue on with the university’s acclaimed MBA program.

Carol speaks fondly of her time in Post’s MBA program. She loved the robust nature of the online discussions which allowed her to build close connections with fellow students. She appreciated that these students held considerable experience, both in their careers and in life in general. While interacting with these accomplished individuals, she realized that, like them, she was passionate and driven.

When she wasn’t participating in fascinating discussions, Carol was able to lead a full life outside of class. Her program’s flexible setup was critical; as a busy employee with a lot on her plate, she needed to work at her own pace. Thankfully, her employer at the time was also willing to accommodate her academic efforts. She was allowed to leave early when necessary and even received extra time to work on her thesis. She was also fortunate to have constant support from her family members who picked up the slack at home so she could focus on her studies.

Prior to her experience as an online student, Carol didn’t think of herself as a self-starter or as particularly disciplined. The curriculum and nature of online studies help her to realize her full potential especially when challenged with an assignment where she needed to dig deeper for understanding to gain perspective. The confidence she gained from her interactions with other students has since proven invaluable, granting her the courage to seek opportunities she might otherwise have regarded as out of reach. She has reason to be confident: Not only did she succeed in a rigorous MBA program, she did so while continuing to hold down a demanding job.

Outside of her online academic endeavors, much of Carol’s newfound confidence derives from her time abroad. Over the last few years, she has been closely involved with Post’s MBA study abroad program which encourages students to broaden their horizons in Ireland. As Carol explains, the program boasts a scavenger hunt format in which participants interact closely with locals. During these fascinating conversations, she’s learned about the Irish economy, health care system, and more.  The corporate tours afforded her a seat at the table with multinational companies to further gain knowledge of operating in the international market.  These insights have helped her succeed in her current job.

After she earned her MBA, Carol was surprised by the extent to which she was scouted by top recruiters. At the time, she had no grand plans for moving up the career ladder. That all changed, however, when she saw so many opportunities at her doorstep.

Shortly after graduation, Carol embraced her first big opportunity: traveling to Ireland with Professor Hunt as part of the MBA program. Having already been involved in the program as a graduate student, she decided to volunteer as an ambassador. The good news continued: While visiting her family in London, she received an exciting phone call from aerospace manufacturer Pratt & Whitney. She jumped at the opportunity — and now, she’s proud to serve as a system analyst. She also plays a key role in projects involving standard work processes and enterprise risk management. 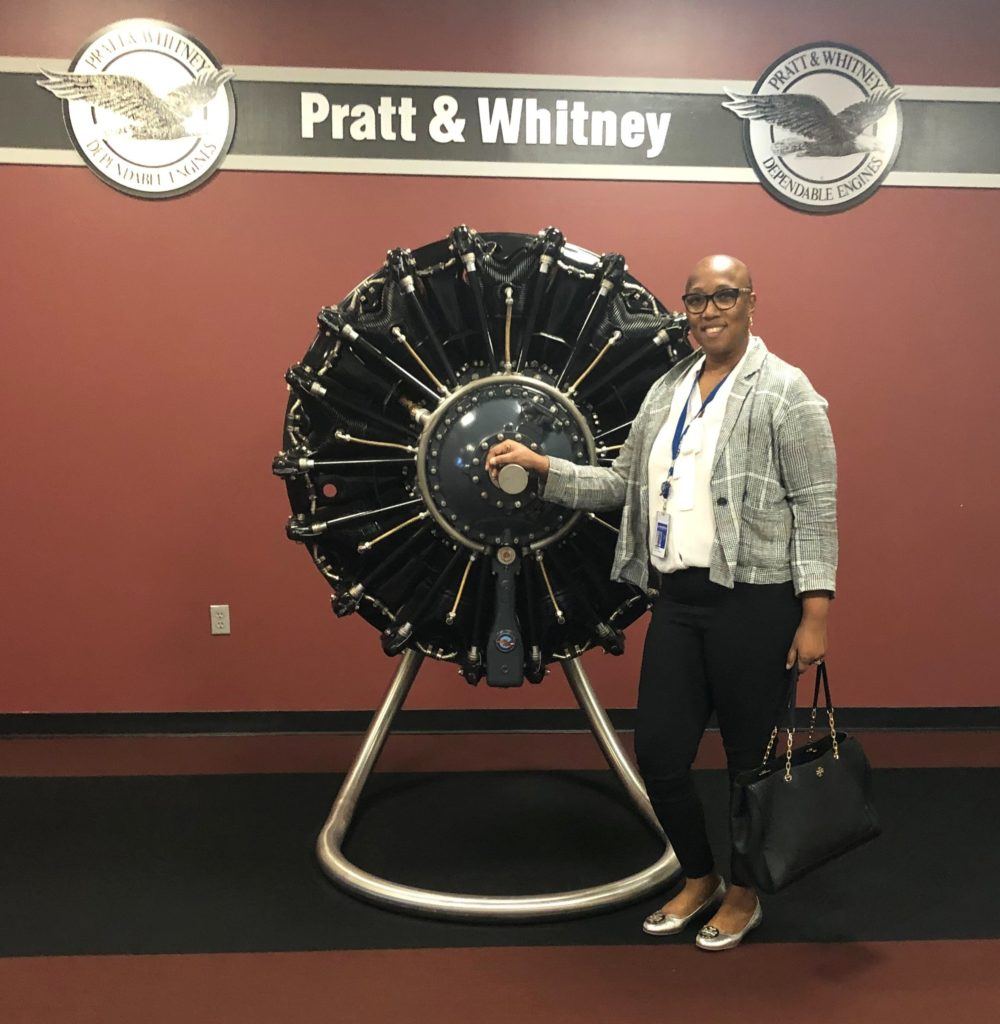 In addition to getting in the door at Pratt & Whitney, Carol’s experience at Post has driven her ongoing success. Every day, she applies the leadership skills and in-depth knowledge she gained as an MBA student. Ultimately, she credits Post for “[elevating her] to another level within [her] career.”

Carol’s academic efforts didn’t end when she graduated with her MBA. Since then, she has continued to take finance classes in hopes of securing a master certificate to accompany her degree. When she realized that just another few classes would grant her a valuable certificate, she decided to continue on with her education before she even graduated. She is clearly of the mindset that an MBA need not be the culmination of one’s academic career but, rather, as a launching pad for further opportunities.

Carol is excited for her future with Pratt & Whitney, as well as the many other opportunities that lie ahead. She’s especially looking forward to yet another return to Ireland with the MBA program and passing the PMP certification We’re grateful for her continued involvement with one of Post’s top study abroad opportunities — and we can’t wait to see what she accomplishes next!