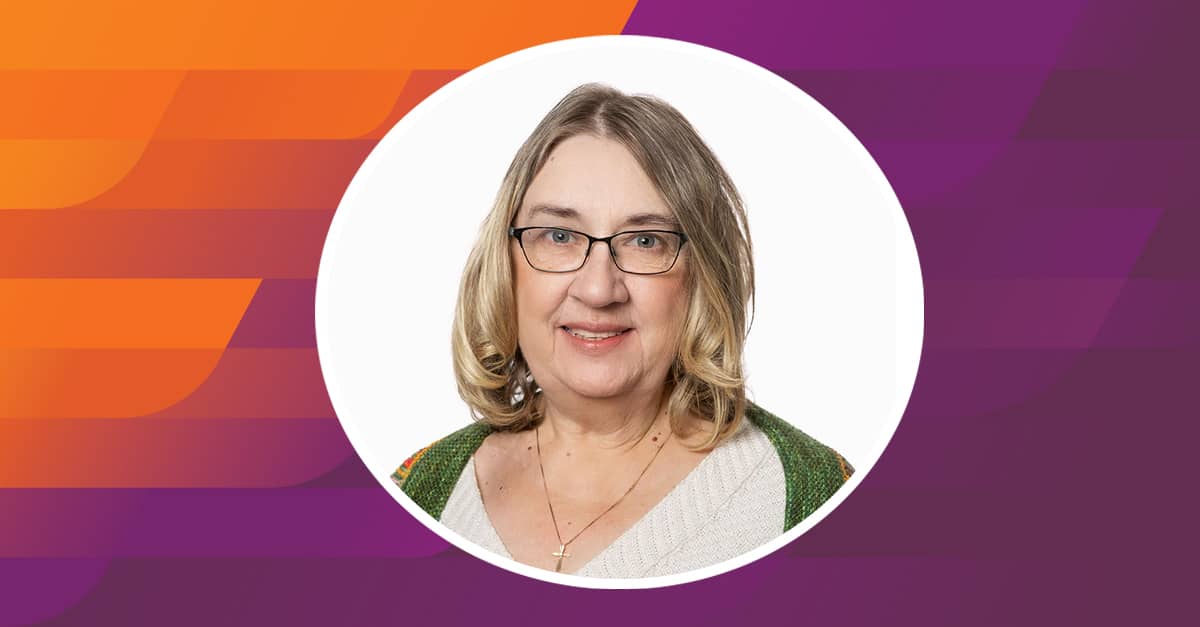 When Twila Colville was a young girl, her grandmother gifted her a monthly book subscription that changed her life.

Twila became hooked on the Cherry Ames series, which detailed the adventures of a young nurse who worked in all kinds of settings—from flight nursing to rural nurse, from working in the jungle to working at a ski resort. “I fell in love with the books and the idea of becoming a nurse one day,” says Twila, who grew up in the small town of Carbondale, Pennsylvania. When she graduated high school, she attended Geisinger Medical Center School of Nursing and became a diploma nurse.

Like her fiction idol, Cherry, Twila worked in several settings throughout her early nursing career. She started out in cardiac care nursing but life took her from Massachusetts (where she had settled after marriage) to Pennsylvania, where her children were born. Twila gained experience working in a childcare agency setting up health screening programs, spent a few summers as a camp nurse and worked in a nursing home. From there, she spent five years in Kentucky, where she worked in psychiatric and developmental disability nursing.

Moving back to Pennsylvania, Twila was one of the original six nurses hired to open a new psychiatric facility in the central part of the state. There, she stayed for 21 years, working in a variety of roles, including staff nurse on the children’s unit, education coordinator and other administrative positions. Twila also earned the BSN, graduating from Slippery Rock University in 2006.

In 2007, Twila applied to teach at the newly opened School of Nursing at Lewiston Hospital, where she’d been working as a clinical analyst. She became an adjunct faculty member of psychiatric nursing. “The more classes I taught, the more I liked it,” she says. To enhance her resume, she returned to school for an MSN at Mansfield University of Pennsylvania.

A Move to Colorado; A Teaching Opportunity

In 2013, Twila decided to move across the country to Denver, Colorado, where her two grown daughters and their families were living. She was still working on wrapping up her MSN while dealing with a few family matters back in Pennsylvania, and eventually completed the degree in 2016. With the MSN Nursing Education in hand, Twila set out to find an opportunity to teach. Denver College of Nursing called in 2017, and before long, she was hired as an adjunct faculty in clinical simulation.

In 2019, Twila was encouraged by a colleague to pursue the Doctor of Nursing Practice Educational Leadership at American Sentinel College of Nursing and Health Sciences. “I was thinking about what I could do to become a better educator and learn new techniques and methods,” she says. Twila compared American Sentinel’s DNP to other similar programs and decided it was the best fit. “The return on investment made so much sense. In the very first class, I realized I had made the right call. I learned so much right away.”

In May 2021, Twila become a full-time assistant professor and simulation instructor at Denver College of Nursing. She will finish her doctorate in spring 2022. “I’d absolutely recommend American Sentinel,” she says. “I feel very well equipped for whatever comes my way with this doctorate, and I’m excited to possibly start teaching online one day too.”

Twila adds that as she continues forward, she will always incorporate her philosophy of education into her teaching: If I give you a fish, you will eat for today. If I teach you to fish, you will eat for a lifetime. “Education is a lifelong endeavor,” she says. “I have lived it and I truly believe it and tell my students this all the time!”