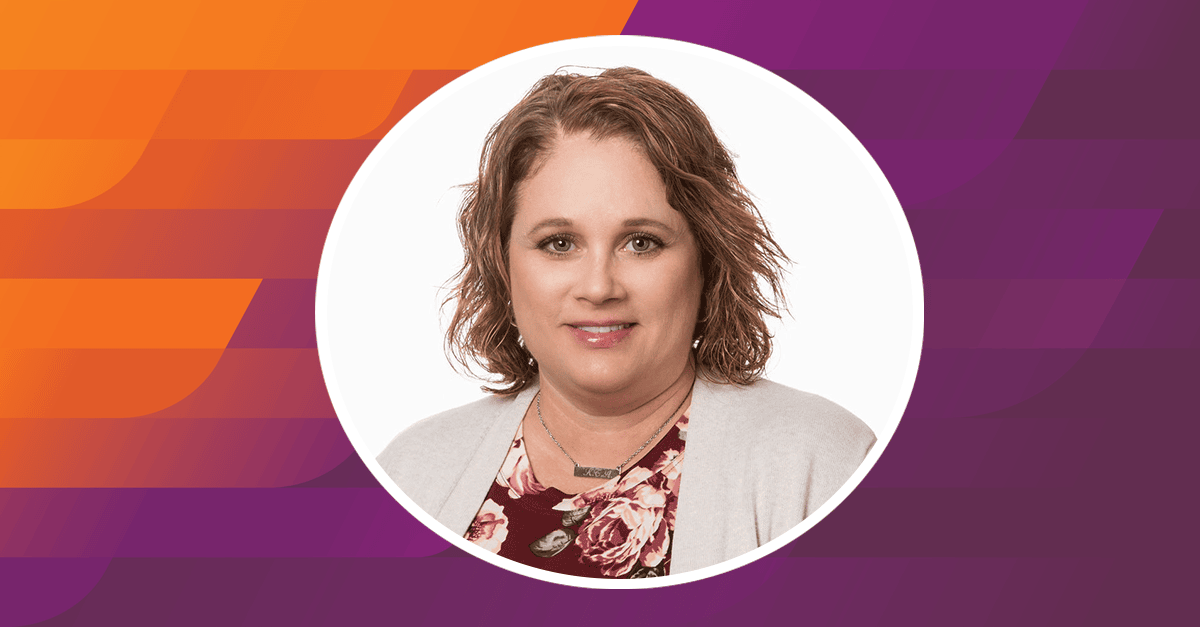 Rhonda Williams has known for most of her life that she would become a nurse. “My mom was a nurse aide, so I had exposure to health care growing up,” says Rhonda, who was born and raised in Eureka, Kansas. After graduating with a Bachelor of Science in Nursing from Pittsburg State University, Rhonda began her career in medical/surgical and the emergency department at a community hospital in Eureka.

After getting experience in a smaller hospital and for an emergency medical service provider, Rhonda was ready for a new challenge at a larger teaching hospital. She joined Ascension Via Christi Regional Burn Center in Wichita. For her first seven years there, she was a member of the critical care team—a position that involved educating others. “I realized then how much I liked to teach,” she says. “It made me think about what I might do later in my career.”

Laying the Groundwork with an MSN

In 2007, Rhonda became a charge nurse at Ascension Via Christi and enrolled in a Nurse Practitioner program. But it was difficult to balance school with work and raising her young children, and she left the program. Two years later, Rhonda was ready to pick up where she left off. She enrolled in an online Master of Science in Nursing Education program at state university and graduated in 20011.

Rhonda started teaching as an adjunct clinical instructor at Butler Community College, and months later in 2012, became a lecturer as well at Wichita State University. She continued working in the hospital setting for a staffing agency. When Wichita State had a full-time position open up, Rhonda applied and was hired. She’s been a faculty member in the College of Health Professions at Wichita State since 2017. “I feel privileged to be a part of the “ah-hah” moments that students have,” she says. Now the coordinator of the online RN to BSN program, she’s especially committed to helping more associate degree nurses earn bachelor’s degrees.

Inspired to Earn a Doctorate

For years, Rhonda thought about earning a terminal degree. “At the university level, being doctorally prepared is important, especially because I want to pursue leadership opportunities,” she says. In 2019, she started researching online Doctor of Nursing Practice programs, and a colleague who was enrolled in one herself recommended American Sentinel College of Nursing and Health Sciences at Post University. “I liked the educational focus of the DNP program and that it was a practice-focused program rather than a PhD,” Rhonda says. She started in fall 2019.

A highlight of the program for Rhonda was that she was able to center her class projects around challenges and situations she was dealing with at work. “The program was structured that way, and our capstone project was incorporated into the early classes,” she says. “That was great.”

In June 2022, Rhonda graduated from Post University with the Doctor of Nursing Practice with a specialization in Educational Leadership. In December, she will present her capstone project—titled, “Assessing the Use of Virtual Simulation to Impact Clinical Reasoning in Baccalaureate Nursing Students”—at the Transform 2022 conference of the American Association of Colleges of Nursing in Chicago. “I wanted to determine whether virtual simulation is an appropriate tool to use to improve students’ clinical reasoning,” Rhonda says. “I’m excited about this opportunity to present my findings, and I’m working to create a manuscript of this study as well.”

Rhonda hopes to do more research and publish her work. One day, she hopes to become a leader in nursing education. “I pursued my doctorate as a personal and professional goal,” she says. “I came away with many skills that allow me to improve and maintain the quality of our online RN to BSN program at Wichita State. Virtually everything I learned in class applied to my role. I would recommend this program.”