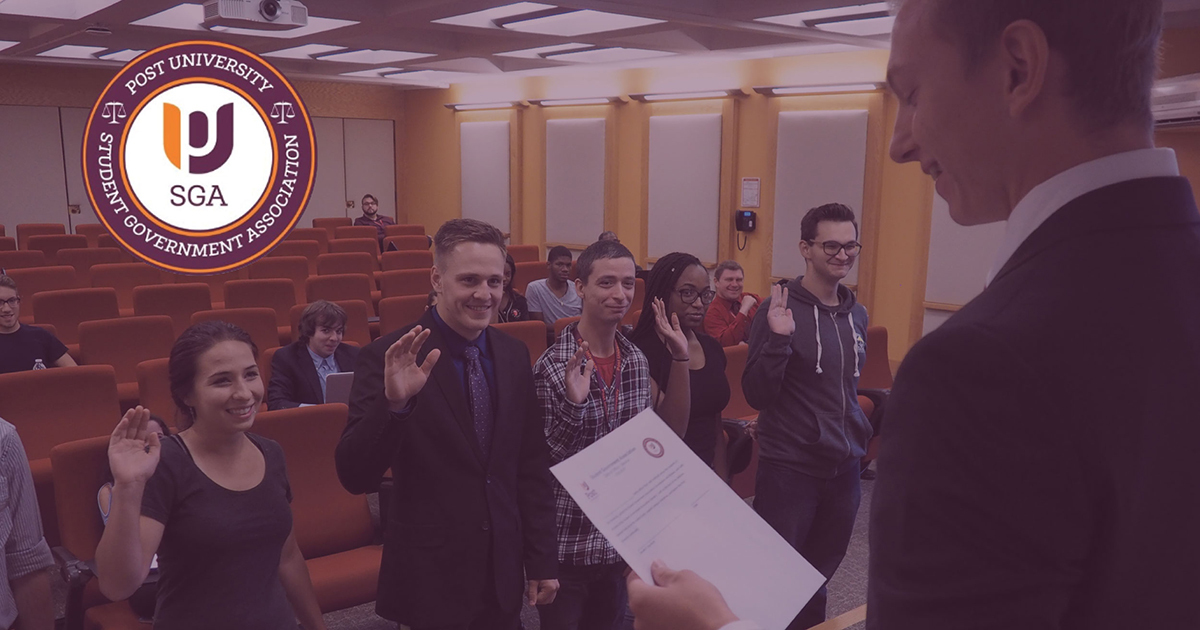 One of the organizations at Post University that many people are not aware of but is responsible for many fun activities, around campus is the Student Government Association (SGA). Historically the SGA, an elected board comprised of sophomores, juniors and seniors, has been involved with student activities involving main campus students. This year, Post University wants to be on the leading edge to expand leadership on the SGA to include representation from online students. The goal of including online students into the SGA is to create a thriving campus environment for all Post students.

For the better part of a year, the SGA took steps to change its organizational structure to allow for the inclusion of three new senator board seats that would be filled by representative from the University’s online student body.

A Post, the SGA is one of the three governing bodies that represents students. The other two are the Student Athlete Advisory Committee (SAAC) and the Residence Hall Association RHA. The Student Government has many components: one being clubs, like the Black Student Union. There are 13 active clubs on campus that are open to residents, commuters, and online students. Earlier this month, the SGA helped Student Activities with the annual Love Fest. This four-hour festival held in the Eagles Nest, allowed clubs to highlight what they do, show their accomplishments, and to recruit new members.

The SGA has dreams to expand clubs – not just on campus – but all over the world. The SGA would like to build virtual clubs. These clubs can mirror current clubs or be something completely different, like a club designed to help working students be able to deal with all their various responsibilities.

The Student Leadership Banquet, another event organized by the SGA, where the students who academically excelled at Post, is recognized for their hard work and continued commitment to the university. This year, the banquet will be held at La Bella Vista in Waterbury, CT on April 24 and the theme of the night will be masquerade. Everyone on the Dean’s and President’s List will receive an invite from the association in the next month.

If you would like to get involved with the Student Government Association, no matter if you are a main campus or online student, send a message to [email protected] or come to a weekly Wednesday meeting at 1:45 pm in MacDermid Hall 116.